What an immortal jellyfish can teach us about the economy 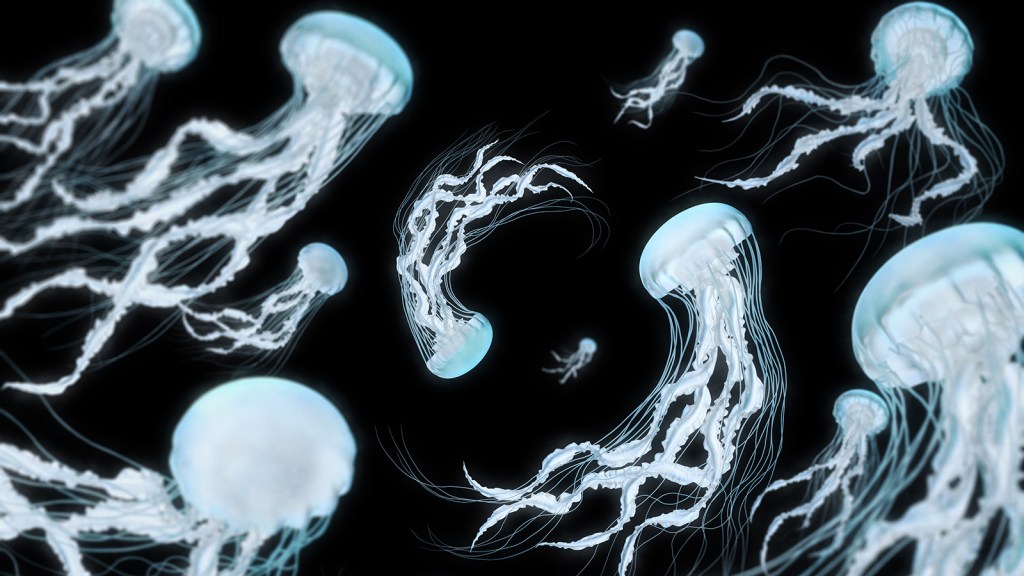 What an immortal jellyfish can teach us about the economy

So there’s this jellyfish: Turritopsis dohrnii. And it’s immortal.

We’re not talking lives-for-100-years, improper-use-of-the-word-“immortal” immortal. We’re talking this-thing-literally-doesn’t-die, it-just-regenerates-itself immortal. Ol’ Turritopsis dohrnii has got a lot of gerontologists and neuroscientists excited about it — they think the jelly might hold the key to eternal life and diseases of old age.

Scientists have a lot to learn from the immortal jelly. But assuming they’re not going to crack the secret to life, the universe, and everything in the next couple days, you might be wondering why we’re bloviating about Turritopsis dohrnii right now, especially since this article is allegedly about economics and not biology.

Spoiler alert: It’s because the immortal jelly has a lot to teach us about the economy, too.

Fine, I’ll bite. What does this jellyfish have to do with the economy?

Think about the current economy like a human body. It’s got a whole lot of moving parts — some of which you’d rather not see up close and personal. We know it’s imperfect, but it’s what we have.

Some people put a whole lot of work into cultivating the appearance of youth; into self-optimization; into propping up or preserving their bodily resources. Botox, plastic surgery, hair-loss restoration scalp cream, drinking Soylent — that kind of stuff. These folks (no thanks to The Media) are all operating under the assumption that their bodies are steadily headed downhill, and that things like hair-loss restoration scalp cream and Soylent are ultimately better for their health and happiness and time management.

Surely, though, it’d be better if we just were younger and more nimble, instead of pretending that was the case.

If the floundering human body represents the current, linear economy — in its quest for efficiency and rejuvenation and minimization of waste — our jellyfriend Turritopsis dohrnii represents the circular economy.

Instead of tepidly fighting back, the circular economy challenges the core assumptions of the status quo. It zooms the lens out and says, “Why focus on efficiency, when we could reimagine the systems that make this efficiency necessary in the first place?” People try to improve their bodies, but the jellyfish simply regenerates. (If only it were that easy!)

The idea is a new one, but it’s beginning to gain a lot of traction with top thinkers in sustainability. Where the linear economy “greens” itself by thinking in terms of resource conservation and recycling, the circular economy is green by design because it is completely regenerative.

Here’s what we mean by that.

Take your phone, for example. Let’s say you’re one of the 60 million or so people in the United States who owns an iPhone, and let’s say you’ve just slipped, dropped it, and shattered the screen because you were reading this article instead of navigating the slalom course of banana peels on the sidewalk in front of you. (Sorry about that! To be fair, why are there so many banana peels on the ground?)

You’re in the market for a new phone now, but you want to be a responsible consumer and not generate a ton of e-waste.

Here’s the deal. Recycling your iPhone doesn’t cut it. A lot of the reusable pieces are simply melted down, which means there’s a lot of loss in the system: A whole bunch of the phone is destroyed — plus it takes a lot of energy to recycle the bits the company truly recycles.

But that’s by design. It’s baked into the system.

Of course, it’d be better to fix one’s phone instead of throwing it away (or recycling it), but companies like Apple have also made it particularly difficult to do so. And that’s because they’re not thinking circularly.

These same companies stand to make a lot of money by making it difficult for you to recycle or fix your stuff. Changing the shape of a charging port with every new iteration, for example, is just about the least circular thing one can do in hardware design.

Thinking circularly about the phone market would mean designing policies, incentive structures, and business plans that encourage companies to see and realize the economic and environmental value in wholly recycling their products, as opposed to watching them depreciate over time.

In the circular economy, a broken phone isn’t so much broken as it is entering a new phase of life. Maybe that means it’s completely recycled, or maybe it means it was designed differently in the first place and easily repaired, or maybe it means it’s collected and refurbished and sold on a secondary market. We don’t know: These kinds of practices don’t necessarily exist yet — and where they do, they’re not always popular. Or cheap.

It’s all about continuity — about a jellyfish regenerating itself as opposed to a person marching toward the skincare aisle. Or, as Kate Brandt, lead for sustainability at Google noted, it’s about “endlessly cycling materials back into the system.”

What might these solutions look like in the future? Getting companies and governments to think circularly means cultivating leaders who aren’t afraid to zoom the lens out and think systemically. It means finding young entrepreneurs and policymakers who are ready to recognize that the sustainability game is flawed — and want to rewrite the rules.

And hey, you can become one of those people. We always thought you looked a little like a jellyfish; we just never thought it’d come off as a compliment.

Portland is a city of trailblazers, a place of extraordinary originality and energy, where people find creative and sustainable ways to solve the most pressing problems. The Portland MBA draws on the city’s creative thinkers and entrepreneurs to deliver a unique experience that will elevate your career. The program is for those who believe business can drive positive change. Become part of the next generation of business leaders who are redefining the status quo.