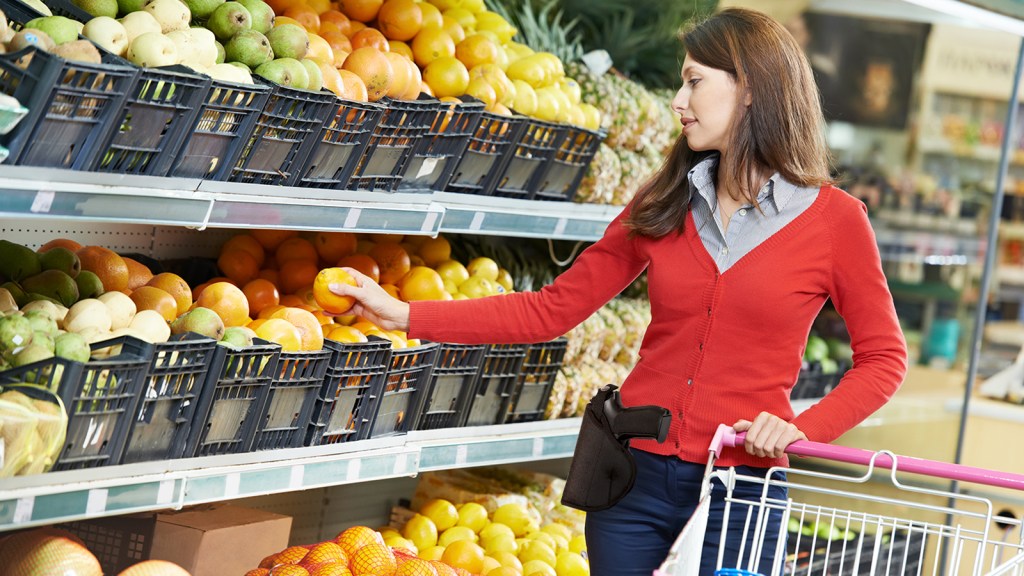 Welcome to America: Home of the free, land of the gun nut.

“Open carry” has been in the news this month as Texas implemented a law allowing people to openly carry guns in public as though this were, I don’t know … Syria or 1860. Lest you think this is just Texas being Texas, it’s not: Texas is the 45th state to pass an open carry law, and in the vast majority of those states, you don’t even need a permit. (Incidentally, the NRA spent nearly $300 million in 2013, according to its most recent published tax information. No word on how many lawmakers that bought.)

Not everyone is thrilled to see their fellow citizens toting firearms to the mall or the movie theatre, and in some places, it’s actually backfiring. (HA! Sorry.)

As NPR reported earlier this month, some private businesses that previously allowed concealed firearms have changed their policies in response to the law: National chains like Starbucks, Jack in the Box, Chili’s, Sonic, and Chipotle have all banned guns from their stores. Austin-based kale dealer Whole Foods also has a store policy against firearms, but, as Slate reports, it took a group of moms in Charlottesville, Va., to make their local store enforce it. Dahlia Lithwick was one of those moms, and she writes:

Last November, a friend, Latifa Kropf, encountered a man with a holstered gun in line in front of her at our local Whole Foods; Kropf alerted a manager, who told her that there is no store gun policy. Kropf wrote to a customer service representative at Whole Foods’ headquarters in Austin and was reassured that “we absolutely DO have a policy forbidding firearms in our stores—both open and concealed carry” and that management was obviously not well-versed in company policy. The Austin branch promised to rectify the misunderstanding.

But Charlottesville Whole Foods shoppers kept seeing guns in the produce section, and they kept complaining to the store manager. The manager, however, didn’t get it, and told the concerned customers that because Virginia is a open-carry state, there was nothing he could do. He was wrong, and so the moms took action. Lithwick writes:

Within a day, a whole bunch of moms I know very casually … were simply calling Whole Foods to say they couldn’t shop there anymore. I wrote to Whole Foods in Austin last week and was reassured that they would be enforcing the no-guns policy. And amazingly enough, in a world in which Nothing Ever Changes, it did. Within days, the local Whole Foods began to assure all customers that no guns would be allowed and that “only commissioned law enforcement officers or other authorized security personnel are permitted to have firearms on Company premises.” Wednesday, signs went up in the store that plainly state that “Whole Foods does not allow concealed or openly carried firearms on store property.” And just like that, most of the women I know started shopping there again.

There’s a lesson to be had here, and it’s this: If you want things to change in this world, it helps to have $300 million to spend on lobbying. But if you don’t, a bunch of pissed-off moms can get the job done too — especially if they’re craving that organic asparagus water.