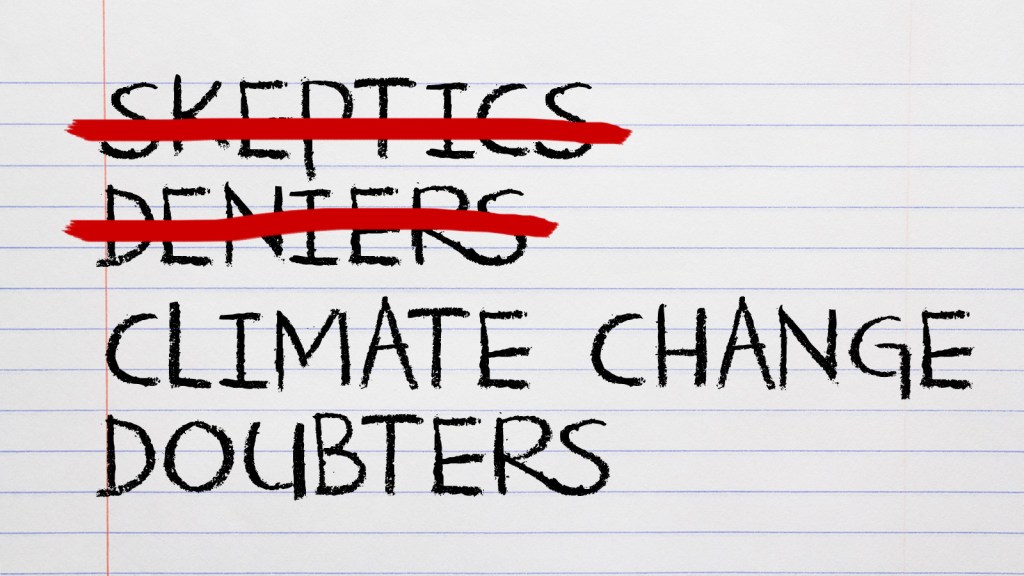 The Associated Press has just released new guidelines for the proper way to describe those who don’t accept climate change. Instead of referring to these dunderheads as “skeptics” or “deniers,” AP journalists are now supposed to refer to them as “climate change doubters” or “those who reject mainstream climate science.”

In part, the change comes because — and this is not a joke — the term “climate change skeptics” is offensive to actual skeptics. From the AP’s memo to staff on the changes:

Some background on the change: Scientists who consider themselves real skeptics – who debunk mysticism, ESP and other pseudoscience, such as those who are part of the Center for Skeptical Inquiry – complain that non-scientists who reject mainstream climate science have usurped the phrase skeptic. They say they aren’t skeptics because “proper skepticism promotes scientific inquiry, critical investigation and the use of reason in examining controversial and extraordinary claims.” That group prefers the phrase “climate change deniers” for those who reject accepted global warming data and theory.

But alas, the AP says “climate change deniers” is also out because “denier has the pejorative ring of Holocaust denier.”

“Climate change doubter” or “someone who rejects mainstream science” just doesn’t have the same ring as “climate change denier,” so with all due respect to the AP, we at Grist don’t plan to retire “denier” quite yet. However, we are open to other suggestions. How about … Cruzers? In honor of one of our favorite presidential candidates. Here, I’ll use it in a sentence: “Although there is scientific consensus that human activity is the primary driver of climate change, Cruzers have blocked efforts to slow climate change and adapt to the warming climate.”

Sounds good, right? But until this catches on, we’ll be sticking with “deniers.”