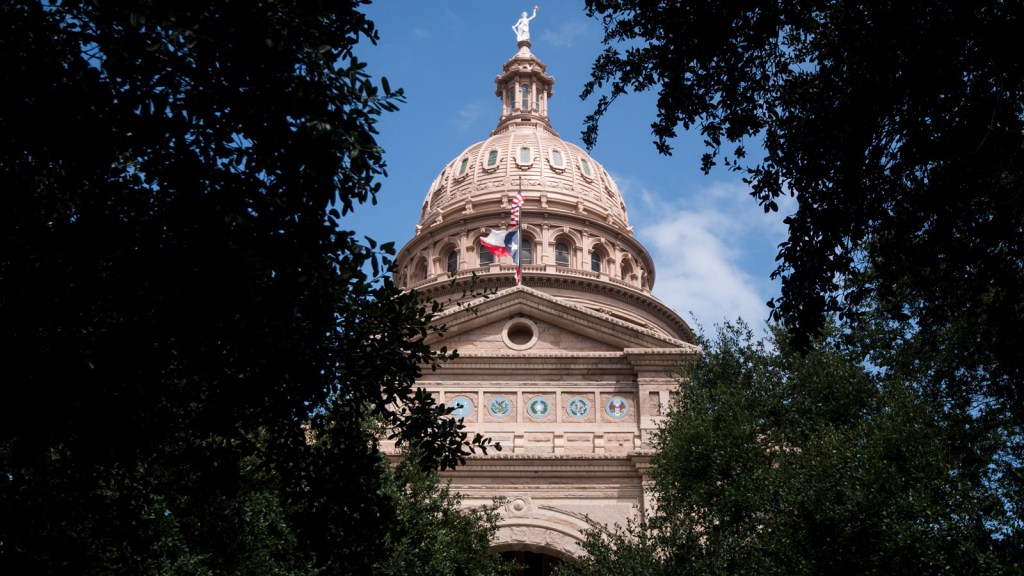 For most of last week, Houstonians were dealing with the fallout from a chemical disaster. After storage tanks at Intercontinental Terminals Company’s chemical facility in Deer Park, just 15 miles southeast of Houston, caught fire the previous weekend, the fourth-largest city in the country was blanketed by smoke. Several schools in the area canceled classes. Then, on Friday, a containment wall breached, sending toxic chemicals into the Houston Ship Channel. Air quality monitors recorded dangerous spikes in benzene, a carcinogenic chemical. And residents reported headaches, irritated throats, and nosebleeds.

While Houston was enduring the aftermath of the fire, about 200 miles west in Austin, a handful of Republican lawmakers in the Capitol building were pushing to move money out of Texas’ air quality programs. Between Friday and Sunday, representatives in the Texas House filed at least a dozen amendments to the proposed state budget. If any of them pass, they could take away anywhere from $300,000 to $26 million from the state environmental agency and allocate it to other projects, including a controversial state program that discourages women from getting abortions.

Of the dozens of amendments Grist reviewed, four of them target appropriations to the Texas Commission on Environmental Quality, the agency responsible for regulating chemical facilities and protecting the environment. Other amendments would siphon money from dedicated funds that are used to improve ground-level smog and particulate matter levels in Texas cities.

“There is a tremendous disconnect between policymakers in Texas and the lives of people they are impacting every day,” said Andrew Dobbs, legislative director with the advocacy group Texas Campaign for the Environment. “Industry’s ability to make money is still trumping the lives and interests of people that live around there. That’s a tragedy.”

The proposed $115 billion House budget bill is just a starting point for discussions among lawmakers, who have about two more months to hash out the details. At last count, more than 300 amendments had been filed, and the House is expected to debate about them on Wednesday. Ultimately, these amendments may never make it into the final version of the budget, but in the past, last-minute amendments have been effective at scuttling environmental protections. In 2011, for instance, one such amendment in the budget bill transferred oversight of a state endangered species program from the Texas Parks and Wildlife to the comptroller’s office. Then-comptroller Susan Combs was brazen in her dislike of the Endangered Species Act and once compared listings to “incoming Scud missiles.”

Last week, state Representative Drew Darby filed two amendments that would decrease appropriations for TCEQ’s air quality work by almost $29 million. The House version of the budget currently allocates $165 million for this work. The money would be taken out of Clean Air Account 151, a dedicated fund used for air protection activities. According to the Texas Legislative Budget Board, the account funds permitting, enforcement, and inspections for facilities with air permits.

Another amendment by first-year State Representative Jared Patterson shifts $26 million from TCEQ’s air quality planning work to the state’s Alternatives to Abortion program. The program, part of the Texas Health and Human Services Commission, largely funds crisis pregnancy centers that have been found to mislead pregnant women about the risks of abortions. In 2017, during the last legislative session, House lawmakers approved moving $20 million from TCEQ’s budget to Alternatives to Abortion.

Spokespersons for Darby and Patterson did not respond to a request for comment at the time of publication.

A few amendments would also decrease funding by tens of millions of dollars for two programs that work to put cleaner vehicles on the roads. The programs are funded by fees from vehicle inspections, registrations, and title changes. The money accrues in a fund and lawmakers decide how much of it is to be disbursed. But in the last few years, they’ve failed to appropriate the money, and the account has ballooned. At the beginning of 2018, the Texas Emissions Reduction Program fund had $1.4 billion sitting unused.

According to a 2016 Houston Chronicle investigation, a major chemical incident occurs in Houston once every six weeks. Dobbs, the environmental lobbyist, said that the fire in Deer Park should be an indication that the state’s approach to regulating industry is clearly insufficient. The lawmakers’ “priorities are completely out of line with reality,” he said.