Bernie bashes Hillary on Keystone and other pipelines 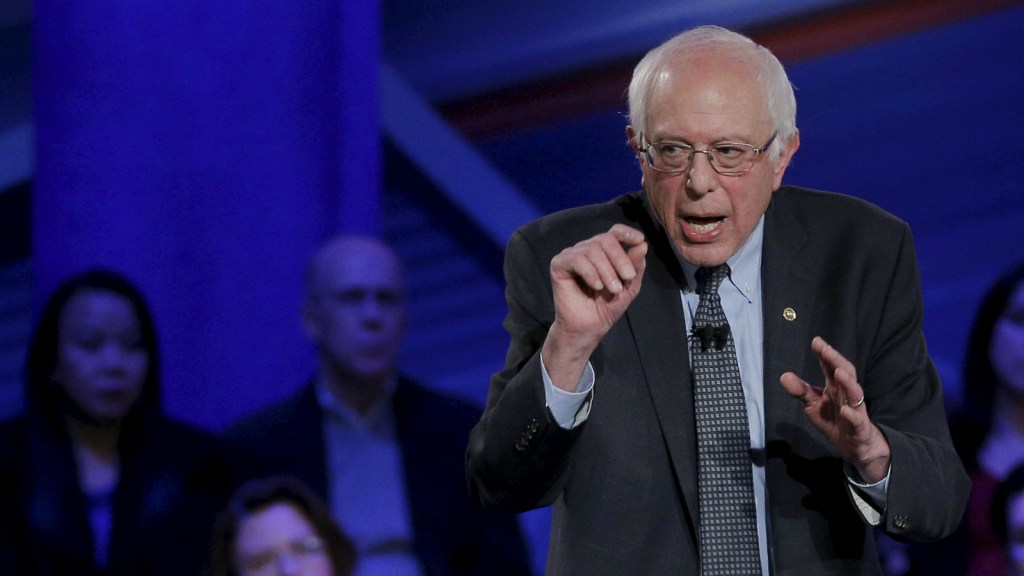 Bernie bashes Hillary on Keystone and other pipelines

Bernie Sanders came after Hillary Clinton on climate change and energy issues on Monday night. At a Democratic candidate town hall forum in Iowa, Sanders argued that he has the judgment to be president, pointing out that, unlike Clinton, he was correct from the start in opposing both the Iraq War and Keystone XL.

“On day one, I said the Keystone Pipeline is a dumb idea,” said Sanders — who, as it happens, looks remarkably like Larry David doing Bernie Sanders. “I think the Bakken pipeline, and pipelines in Vermont and New Hampshire, are dumb ideas,” he continued. “We’ve got to break our dependence on fossil fuels. Why did it take Hillary Clinton such a long time before she came into opposition on the Keystone Pipeline?” Sanders went on to point out that he, unlike Clinton, has also been consistent in opposing trade pacts like Trans-Pacific Partnership, a deal that many environmentalists criticize.

Clinton didn’t get a chance to respond because the town hall forum had the candidates addressing voters directly instead of engaging with each other. Each candidate came on stage alone to face the moderator and take questions from the audience. This gave each candidate some time alone in the spotlight, and severely cut down on instances of side-eye. An unknown evil genius decided to start the event with Sanders, end with Clinton, and stick poor, ignored Martin O’Malley in the middle, thereby ensuring that viewers wouldn’t turn it off halfway through. Smart move. Evil, but smart.

That means we couldn’t help but notice when O’Malley said something about climate change too. In fact, the underdog spoke the most — and the most passionately — on the topic. He argued that climate change is the issue young Americans should be more concerned about than any other — and then he pivoted right to his plan to address it and perk up the economy at the same time. “Climate change is the greatest business opportunity to come to the United States in a hundred years,” O’Malley said, and talked about his goal to shift the U.S. to 100 percent clean electricity by 2050 and create 5 million jobs in the renewable energy sector. He said the country will never reach that goal with an “all-of-the-above” energy strategy (take that, Hillary). And he said it’s a “generational” thing, which is code for “Clinton and Sanders are old as hell, whereas I’m just a wee babe with at least eight good years left.”

Clinton, when she finally got on stage, didn’t speak about climate change, but she did engage in some light flirting with moderator Chris Cuomo and heap praise on the president she wishes she’d married, Abraham Lincoln.

Meanwhile, Republican candidates were practicing their cage-wrestling moves for the next GOP debate, which is scheduled for Thursday.