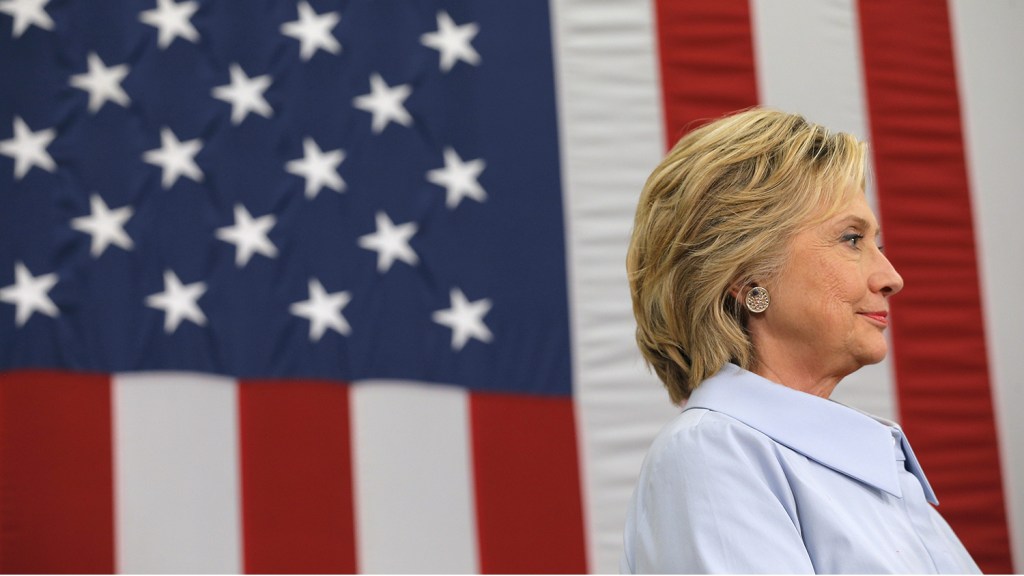 Under pressure from climate activists and from primary challengers to her left, Hillary Clinton finally announced where she stands on the proposed Keystone XL pipeline: against.

Environmental activists immediately issued statements praising her better-late-than-never endorsement of their position on the pipeline, which would connect the Canadian tar sands in Alberta to a U.S. pipeline network that feeds oil refineries on the Gulf Coast. The League of Conservation Voters Action Fund called it “exactly the kind of leadership we need in order to leave a healthy planet for our children and grandchildren.”

Clinton’s opposition was not a foregone conclusion. In 2010, when she was secretary of state and the pipeline proposal was under review by her department, Clinton said she was “inclined” to approve it. It wasn’t until almost a year later, in 2011, that Keystone became a big issue for activists. But the most aggressive green groups won’t let her forget that initial comment. Friends of the Earth called her new opposition to Keystone “an important about-face” and “a testament to efforts of farmers, ranchers, indigenous people and environmentalists who came together to stop this pipeline.”

After her 2010 remarks on Keystone, Clinton clammed up and no one knew what she thought. Since leaving the administration in 2013, Clinton has argued that it would be inappropriate for her to comment on a State Department review that began during her tenure and was still ongoing. But building the pipeline would have fit into her overall agenda of increasing both domestic fossil fuel production and renewable energy capacity while combatting emissions through steps such as regulating power plants.

Recently, though, Clinton has started to move away from President Obama’s all-of-the-above energy policy and toward limiting the worst forms of fossil fuel production. In August, she came out against oil drilling in the Arctic Ocean, a stance that puts her in line with climate activists and at odds with Obama. Last week, Clinton said that she was growing restless waiting for the Obama administration to announce its decision on Keystone, and that she would state her own views soon.

A few political developments may have pushed her in that direction. In June, primary rival Martin O’Malley, who built up a strong record on climate policy as governor of Maryland, released a much more comprehensive and aggressive climate action plan than Clinton has thus far. Clinton is also being challenged from the left by Vermont Sen. Bernie Sanders, who has been rated by the Climate Hawks Vote PAC as the No. 1 Senate climate hawk. Sanders is gaining ground on Clinton in the Iowa polls and leading in New Hampshire.

Meanwhile, climate activists from groups such as 350.org have been following Clinton on the campaign trail, demanding that she fight climate change, ban fossil fuel extraction offshore and on public lands, and come out against Keystone. David Roberts of Vox calls today’s announcement “a testimony to the extraordinary work done by the climate movement.”

The really important news here may not actually be Clinton’s stance so much as what it means about Obama’s. Surely, the Clinton campaign — whose chair, John Podesta, coordinated climate change policy from within the Obama White House — knows whether the president will approve or reject Keystone and has some idea of when. So perhaps Clinton came out with this stance now because she knew that Obama would reject it and this would allow her to look like a leader rather than a follower. Also, since Clinton represents the mainstream, business-friendly wing of the Democratic Party — if not its most backward, fossil fuel–loving wing, which is represented by Jim Webb — Clinton coming out against Keystone makes it even harder for Obama to approve it.

O’Malley and Sanders, who opposed building Keystone and drilling in the Arctic before Clinton did, will still argue that she lags them in climate leadership. O’Malley immediately issued a statement saying, “Secretary Clinton has followed — not forged — public opinion.” O’Malley’s campaign also pointed out that he has set higher climate goals than Clinton has, such as shifting to a 100 percent renewable energy economy by 2050. Sanders said, “As a senator who has vigorously opposed the Keystone pipeline from the beginning, I am glad that Secretary Clinton finally has made a decision.”

While Keystone has taken on enormous symbolic importance for activists, and it has served as an effective rallying point for the climate movement, Clinton is right that its importance has been overrated by both sides. The really important question is whether she will come out with more aggressive plans to restrict fossil fuel development overall. And on that, climate hawks are still waiting.