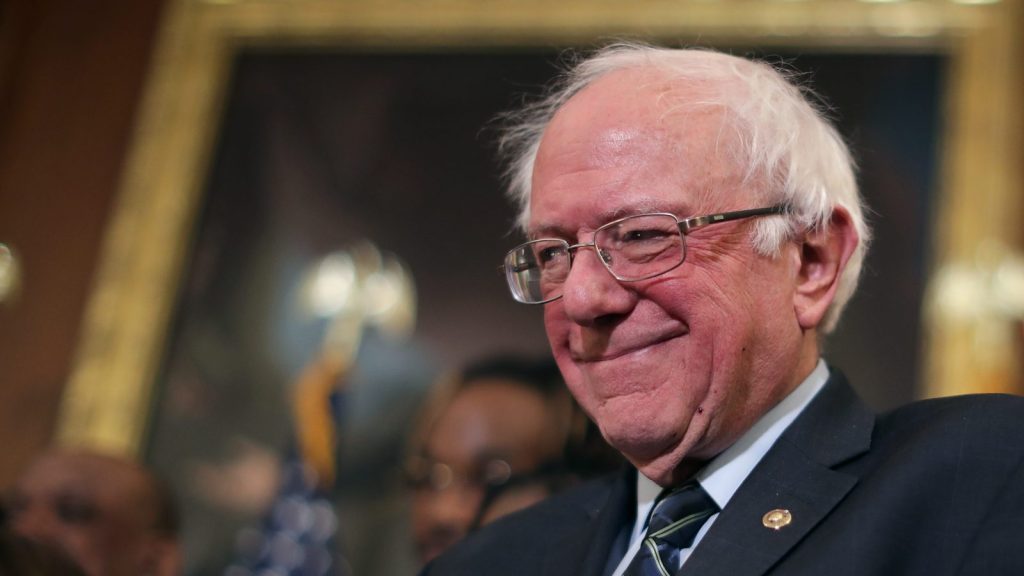 Bernie Sanders announced he’s running for president on Tuesday, confirming rumors that have been swirling since pretty much the moment it became clear Donald Trump had won the White House in 2016. By now, you know the Vermont senator is an outspoken proponent of swift action against climate change. He’s quick to call the issue, in his trademark Brooklyn accent, “the single greatest threat facing our planet.”

So where does he stand on the Green New Deal?

A mere three years ago, the flashiest part of Sanders’ climate agenda was a carbon tax — a market-based emissions-reducing mechanism that was once the holy grail of climate legislation. Now, Sanders’ aides say a Green New Deal will be the centerpiece of his 2020 platform. But the 77-year-old isn’t just another Green New Deal bandwagoner.

His 2016 climate platform included many of the elements of the Green New Deal now being championed by politicians like Representative Alexandria Ocasio-Cortez and climate organizations like the Sunrise Movement, which was actually founded by a bunch of young Bernie activists.

Almost all of those components are mentioned in Ocasio-Cortez and Senator Ed Markey’s Green New Deal resolution introduced in the House a couple of weeks ago. In some cases, Sanders’ 2016 platform is even more ambitious than the Green New Deal outline. For example, the resolution does not call for a moratorium on nuclear power in an effort to keep more emissions-decreasing options on the table.

The Green New Deal tackles the twin problems of inequality and climate change at the same time, pairing renewable energy targets with ideas like universal healthcare and a federal jobs guarantee. Considering that both of those issues are squarely within Bernie’s wheelhouse, it’s a safe bet that his 2020 climate platform will put actual policy proposals to the Green New Deal targets we’ve just learned about. The question: Will a carbon tax — which has fallen out of favor with progressives — be a part of Bernie’s climate action plan this time around?