Britain might leave the European Union. Here’s what that could mean for the climate. 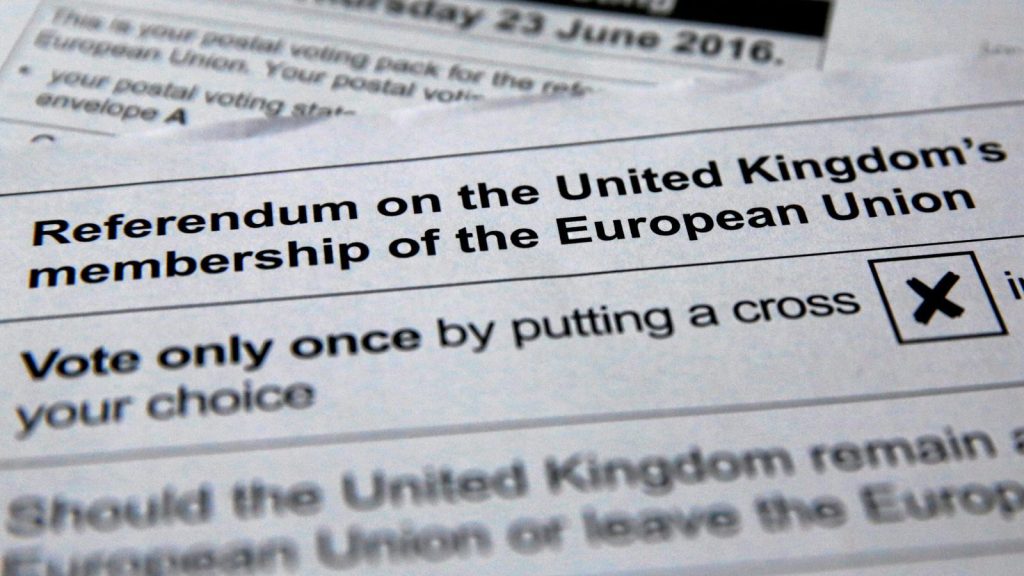 REUTERS/Russell Boyce
Should I Stay Or Should I Go

Britain might leave the European Union. Here’s what that could mean for the climate.

On June 23, British voters will head to the polls to decide whether their nation should exit the European Union — or “Brexit,” as it were. Most of the discussion about the referendum has centered on the economy, jobs, and immigration. But what about the impact on the climate and the broader environment? Opinion is divided. Here are arguments from the two camps.

Many environmental leaders are pushing to stay in the EU, including those at Friends of the Earth and Greenpeace. John Sauven, executive director of Greenpeace U.K., sums up their main point in a piece in the Guardian: “We have the EU to thank for higher standards on air and water pollution, waste and recycling, biodiversity conservation, regulation of chemicals, energy conservation and marine protection, to name just a few.” (Of course, there’s no way of knowing what kinds of environmental protections the U.K. might have put in place itself over the last few decades if it had not been a member of Europe.)

Caroline Lucas, a Green Party member of Parliament, argues that the European Union is critical for advancing climate protection in particular: “The EU was instrumental in insuring that the outcome of the Paris climate talks was more ambitious than many of us expected. And EU rules have already forced some of Britain’s dirtiest power stations to close.”

Some “Remain” advocates also argue that Britain makes the EU greener. “Without the U.K., the balance of forces inside the EU would shift towards lower climate ambition, driven by Poland’s increased importance,” says Nick Mabey of E3G, an environmental think tank.

Environmentalists worry too that Britain’s conservative government would undo environmental protections if the country left Europe. Farming minister George Eustice, for example, said he would be glad to get rid of key EU protections for birds and habitats and replace them with less “spirit-crushing” and more flexible programs.

Adding to many enviros’ suspicion of Brexit is the fact the Vote Leave campaign is stocked with climate deniers. The right-wing U.K. Independence Party (UKIP), the party most avidly in favor of leaving, wants to repeal the U.K.’s main climate legislation, scrap the directive that governs sulphur dioxide and nitrogen oxide emissions from power plants and petroleum refineries, and invest in coal.

The Remain side also points out that today’s environmental problems are international in nature — climate change, air pollution, and migratory birds don’t respect national boundaries — and the European Union is well positioned to address these kinds of cross-border issues.

On the other side, clean energy expert Michael Liebreich, founder of Bloomberg New Energy Finance, argues that British environmentalists should vote in favor of Brexit. He contends that the EU has been a laggard on environmental protection and cleantech innovation and that its carbon-trading program has been ineffective and riddled with fraud.

He also points out that Britain decided unilaterally to phase out coal-fired power plants by 2025, and says, “the most significant recent environmental policies [in the U.K.] were all local initiatives, not driven by the EU.” Liebreich believes that if the U.K. were freed from the constraints of the EU, it could do much more to promote clean energy. (Analysts at University College London disagree, foreseeing a “loss of momentum” in renewable deployment in the U.K. if it leaves Europe.)

Tim Worstall of the Adam Smith Institute, a free-market think tank, argues that Brexit would allow Britain to shed the EU’s numerous climate-related regulations and targets and adopt a more efficient climate solution: a carbon tax. (Not that the current conservative government in the U.K. has shown much interest in such a tax; nor, presumably, would a new conservative government led by Brexit champions.)

All in all, environmentalists and climate advocates appear to be leaning more heavily toward staying in Europe.

But that puts them at odds with the majority of Britons, if the latest polls are to be believed. The Brexit side now looks to be leading by six to seven points.