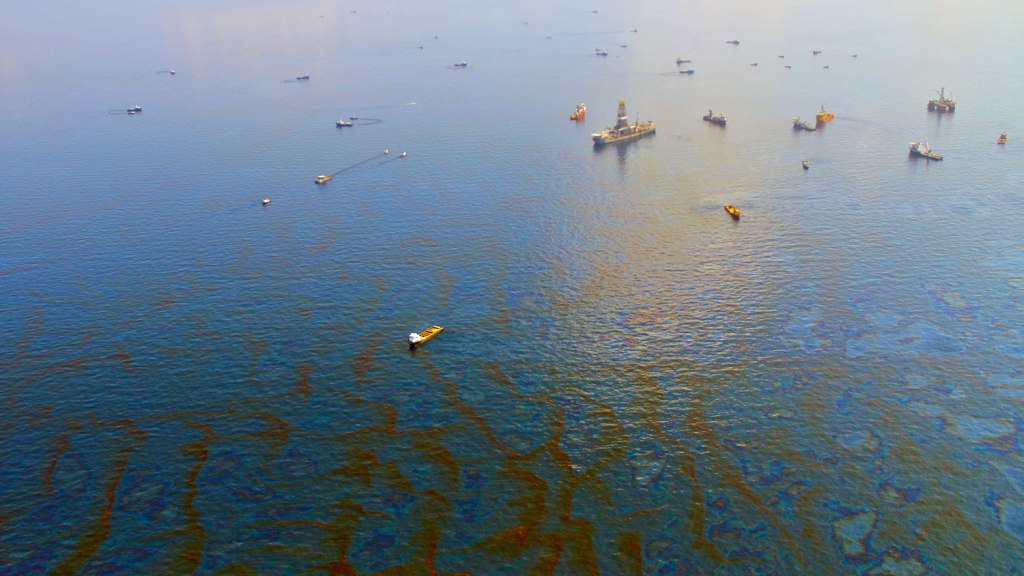 An estimated 4.9 million barrels of oil spilled into the Gulf of Mexico during the Deepwater Horizon disaster. Afterward, disaster response officials decided to drop chemical dispersants from airplanes over the site. Their hope was that these dispersants would break up the oil, making it easier for bacteria to consume the mess.

A newly published study led by University of Georgia scientists, in which they simulated the Gulf’s conditions in the laboratory, has found that in some cases the dispersants actually can inhibit the microorganisms that naturally degrade oil spills.

The study found that the dispersants didn’t help assist the growth of natural hydrocarbon-degrading Marinobacter, or increase the rate at which the microorganisms consumed the oil, either in deepwater or surface environments. Instead, it actually seemed to inhibit growth. The microorganism fared better in water that didn’t contain the chemicals.

The study, published in Proceedings of the National Academy of Sciences, concluded that the chemicals, which were released in deep water as well as on the surface of the Gulf, didn’t cause the microbes to biodegrade the oil, as intended. Instead, as the researchers wrote, “Direct measurement of alkane and aromatic hydrocarbon oxidation rates revealed either suppression or no stimulation of oil biodegradation in the presence of dispersants.”

This isn’t the only problem with dispersants. A study earlier this year found exposure to the dispersant Corexit was linked to lung damage in both humans and animals. “There were some 48,000 workers involved in the cleanup operations, and it is possible that workers were exposed to Corexit via inhalation,” study author Veena Antony said in a press release. “Cough, shortness of breath and sputum production were among symptoms expressed by workers.”

Corexit is also discussed in the documentary The Big Fix, where outraged Gulf residents — some of whom worked as casual labor on oil cleanup — talk about health effects after the spill, which they believed were from Corexit, including respiratory problems and big open sores on their skin.

In other words, this was one solution that made a very bad problem even worse.