Making our cities stronger and greener: A planning guide for candidates - Grist 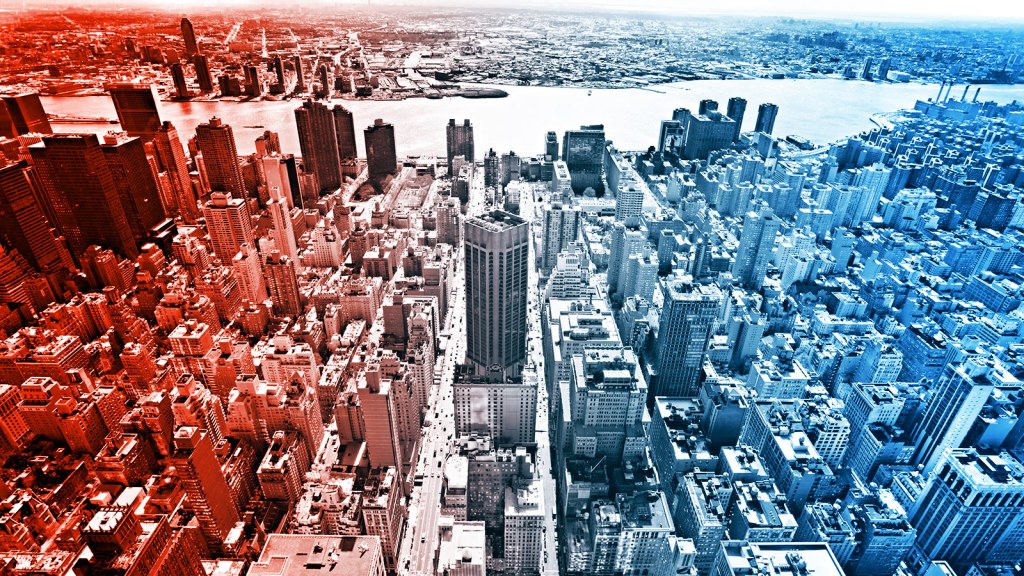 Making our cities stronger and greener: A planning guide for candidates

Consider this: The leading presidential candidates this election year have strong connections to our country’s largest metro area (that’s New York, New York), yet they’ve almost completely ignored issues and policy debates that matter to cities. It’s even stranger when you consider that 80 percent of U.S. residents live in a city or suburb. But ain’t that America: a country of suburbanites and city dwellers still largely ruled by their agrarian past, thanks in part to the rural bias of the current primary and caucus system.

Thanks to the Senate, which gives hugely outsized power to low-population states, rural interests dominate Congress. Add in that Republican state legislatures have drawn their own districts and congressional districts to maximize the power of rural and Republican voters, and anti-urban bias pervades our whole political system.

But metro areas keep growing, as rural Americans and foreign immigrants keep moving to them. If we want America to succeed after the era of cheap oil ends, our elected officials at all levels of government should be doing a lot more to house and transport our city dwellers sustainably. Suburban sprawl has paved over natural land, leveled forests, polluted waterways, isolated the poor from job opportunities, good schools, and parks, and driven up pollution by trapping commuters in their cars. Efficient, equitable, affordable, and appealing cities are one of our strongest weapons against global warming.

The federal government massively supports the buying of houses. The mortgage-interest tax deduction gives a big tax break to homeowners — with the biggest breaks going to those who are in high income tax brackets and have large mortgages. And the Federal Housing Administration guarantees mortgages, which lowers mortgage interest rates. Both of these things incentivize sprawl by encouraging people to buy a new home rather than rent one or renovate an older one. It also encourages them to spend more on a larger home rather than put money into other forms of savings. Lower-income Americans and the environment would be better served if Congress eliminated these subsidies and leveled the playing field between owners and renters and between cities and suburbs.

Suburban sprawl segregates poor people, especially non-white poor people, in urban islands of poverty. Low- and moderate-income workers need to be able to live near their jobs, but low-wage jobs are increasingly located in suburban areas that lack affordable housing. The urban poor are thus unable to get to work without a car, which they often can’t afford, or are stuck with absurdly long multi-bus commutes. Metropolitan regions should better integrate racially and economically by building affordable housing in middle-class and affluent suburbs. And that housing needs to be near transit lines, which brings us to …

America has an appallingly low rate of mass transit ridership compared to most other developed countries (and even compared to itself 60 years ago). But there’s no lack of interest in getting around without a car; rather, there is a large and growing unmet demand for transit access. The result of that, in turn, is rapidly rising real estate prices in neighborhoods that are transit-accessible, causing gentrification and displacement of low-income communities. So in addition to building more affordable housing, we need to expand transit systems both in cities and in suburbs. Trips taken by transit have a much lower carbon footprint than ones taken in individual cars.

Put a price on carbon

Making it more expensive to emit greenhouse gases is not just good environmental policy but good urban policy. A price on carbon — whether a carbon tax or cap-and-trade system — would raise gasoline and home heating and cooling costs for consumers, making it less appealing and less affordable to live in a big, detached house in the distant suburbs. That would shift resources toward infill development in cities and inner-ring suburbs.

Be smarter with transportation spending

Under our current, antiquated system, we allocate federal transportation money mostly by doling it out to state departments of transportation, which primarily spend it on new highway construction. The Obama administration wants instead to shift money toward projects that deliver the most bang for the buck — like building transit near population hubs rather than building highways to nowhere. It used that approach when it distributed grants under a stimulus program, but the overall system for doling out gas-tax revenues every year is still largely unchanged. And the bigger problem is that there is no extra money to finance President Obama’s more ambitious transportation vision, because no one wants to …

It’s been 23 years since we’ve raised the gas tax, even just to keep pace with inflation, meaning its actual value has decreased by one-third. So we’ve got less money to spend on transportation infrastructure even as our aging roads, train tracks, tunnels, and bridges need more expensive repairs. We need additional money just to maintain our transportation system, and even more if we want to invest in expanded mass transit. Paying for transit and complete streets with a higher gas tax is a twofer, because it also discourages burning gasoline. That’s precisely why it’s such a nonstarter politically: Americans are so dependent on their cars that anything that raises the cost of driving is hugely unpopular.

It’s too late to fix car dependence by just reorienting growth toward existing cities and building new communities with complete streets. Many neighborhoods have been built over the last 70 years around automobiles, and they must be redesigned to let human beings get around by other means. But cities and towns may not have the money needed to build or widen sidewalks, create bike lanes, and break up super-blocks to create new through-streets. One solution would be for the federal government  to create a subsidized loan program for communities to retrofit for walkability, bikeability, and disability access.