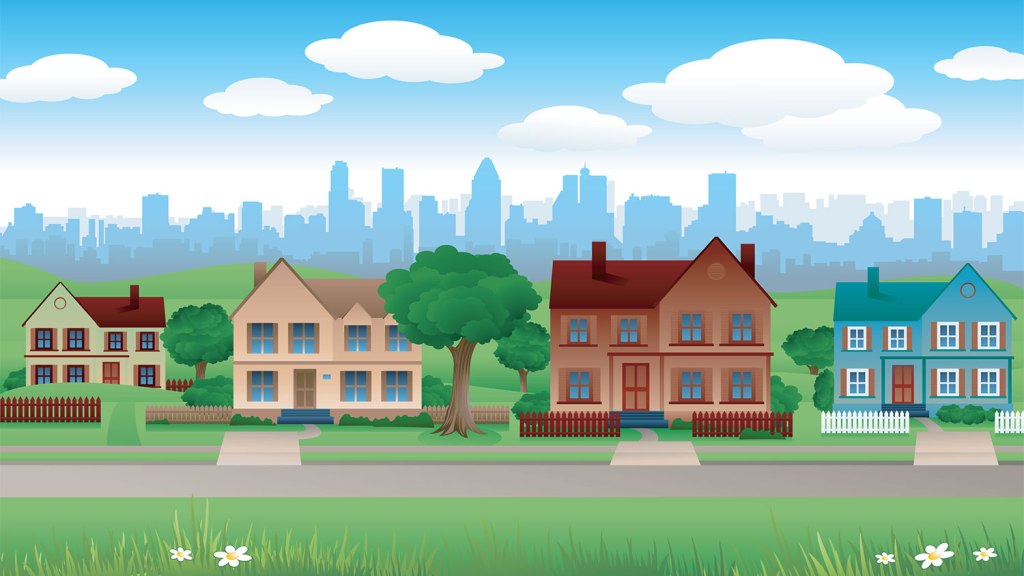 As any sharp sociology major could tell you, a lot of the problems we associate with poverty are not actually caused by being impoverished but by being in an area where the impoverished are isolated from the middle class. Decades of social science data back that up. An elevated risk of being arrested, for example, comes not so much from growing up poor as from growing up poor and in a poor neighborhood.

This, in turn, explains a lot of racial inequality in the U.S. Non-poor white people, who are the vast majority of non-poor people in most metro areas, have been willing to live with poor whites but not with poor African-Americans or Latinos. So while poor whites are often dispersed throughout economically diverse neighborhoods, a much higher share of poor African-Americans and Latinos are stuck in neighborhoods with only other poor people. That, in turn, means they live in communities with higher crime, worse schools, and other disadvantages.

Forty-seven years after the passage of the Fair Housing Act, you might think that these problems are gradually disappearing. You would be wrong. “Architecture of Segregation,” a new study from the Century Foundation, a liberal think tank, finds that concentrated poverty, especially among African-Americans and Latinos, is actually getting worse. Among the key findings:

Suburbs have grown so fast that their growth was cannibalistic: it came at the expense of the central city and older suburbs. In virtually all metropolitan areas, suburban rings grew much faster than was needed to accommodate metropolitan population growth, so that the central cities and inner-ring suburbs saw massive population declines. The recent trend toward gentrification is barely a ripple compared to the massive surge to the suburbs since about 1970. Moreover, taxpayers funded all the new infrastructure needed to facilitate suburban expansion—roads, schools, water and sewer, and so on—even as existing infrastructure was abandoned and underutilized in the urban core.

The population movements were also highly selective. Through exclusionary zoning and outright housing market discrimination, the upper-middle class and affluent could move to the suburbs, and the poor were left behind.

The typical current urban ghetto isn’t bursting with residents like New York’s Lower East Side at the turn of the last century. Instead it is an under-populated wasteland of empty lots and abandoned houses, like Detroit’s lower Eastside today. It’s not so much that the non-white poor are filling in urban neighborhoods but that they are the only ones left behind in them.

That’s why the rise in concentrated poverty is worst in the large city that has lost the highest proportion of its population since 2000: Detroit. Jargowsky writes:

In Detroit, for example, the number of high-poverty census tracts more than tripled, from 51 to 184. The contrast between 2000 and 2009–13 could not be more dramatic, as a huge swath of neighborhoods transform to high-poverty tracts. Further, in contrast to 2000, when high-poverty and borderline tracts were found within the confines of the Detroit city limits, in 2009–13, they spill out from the central city into adjacent inner-ring suburbs. In other words, the footprint of concentrated poverty has grown, and the suburbs, or at least the inner-ring of older suburbs, are no longer immune to its effects.

This migration from older cities has resulted in shockingly large drops in population density. As I noted in my recent piece examining Detroit’s hopes for renewal, “Cleveland now has just 43 percent of its peak population, and St. Louis and Detroit have only 37 percent.” That leaves them with around 5,100 people per square mile, “similar to newer, Western suburban-style cities like San Jose, Calif., and far less than L.A., which has about 8,100 people per square mile.”

This is terrible at a time when we’re trying to cut carbon emissions. Cities tend to have higher densities and lower transportation emissions per capita than suburbs, and denser cities have lower emissions than more sprawling ones.

If high transportation emissions and economic segregation are both being caused by the same problem — sprawl — then perhaps they can both be addressed by the same solutions. More rigorous enforcement of anti-discrimination law in housing, as the Obama administration rolled out plans to achieve to last month, would help, as would legally requiring wealthy suburbs to build enough affordable housing to accommodate a representative share of their region’s low-income families. Obviously these policies would help reduce segregation. But by doing so, they would also take away one of the incentives toward sprawl, which is that it enables the rich to avoid living near the poor.

Environmental policies could help too. A carbon tax, for example, or a much steeper gasoline tax, would make long drives from far-out suburbs less economical and help keep more affluent residents in or near cities. Suburban counties could also consider outlawing new housing beyond a certain limit and forcing denser infill development instead.

The one thing we cannot do is pretend that segregation ended in the 1960s.