Climate politics could break the GOP 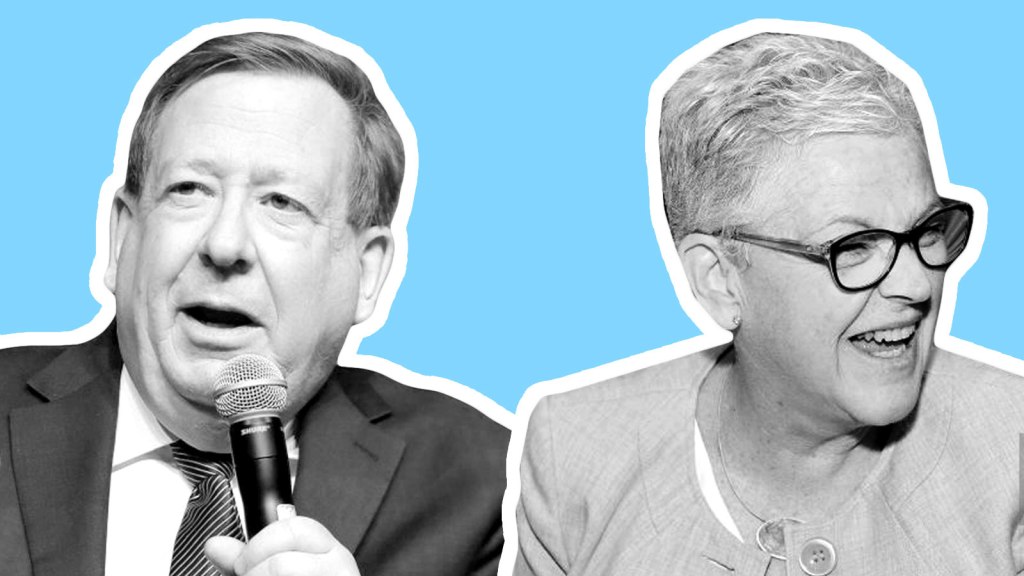 Climate politics could break the GOP

But some Republicans are warning that it’s disastrous to shackle their party to the cause of inaction. As waters rise and forest fires blaze, they expect that voters are likely to look for candidates offering solutions.

“I’m very concerned about that,” said Jim Brainard, mayor of Carmel, Indiana, and a Republican. “I see my role as trying to bring younger Republicans around.”

At the recent Global Climate Action Summit in San Francisco, there were lots of Democratic politicians on stage, but Brainard was the only person I saw introduced as a Republican. In his speech, he made the case for bipartisanship: “I have yet to meet a Democrat or a Republican who doesn’t want his family to drink clean water or breathe clean air,” he said. Brainard reminded the crowd of the long history of Republican environmentalism from President Teddy Roosevelt, who established the National Parks, to President Richard Nixon, who created the EPA and signed the Clean Air Act.

The problem is, recent history has not been kind to Republicans who have broken ranks and tried to act on climate change. Some have lost their seats to challengers from the right who call these dissenters RINO turncoats, or challengers from the left who make the case that, if the electorate wants climate action, they might as well pick a Democrat. Last year, when eight Republicans in the California legislature crossed the aisle to pass a law to stem emissions, they were excoriated by their base. Two were at the end of their term limits, and one was ousted from his position as GOP leader of the California State Assembly.

Representative Carlos Curbelo, a Republican who represents a part of Miami often inundated with seawater, helped start the Climate Solutions Caucus, a coalition of Republicans and Democrats in the House of Representatives trying to forge climate policy (Curbelo is also a member of the Grist 50 class of 2017). But now he’s in a tight race with a Democratic environmentalist. Climate change matters with his constituents. In a recent poll of his district, 70 percent of respondents said they were somewhat or very worried about their loved ones being directly harmed by climate change.

More and more, voters seem to agree with California’s Attorney General Xavier Becerra, who recently said, “If you want to go green, you better go blue.” Becerra was speaking from the stage at the Climate Summit, comfortable as part of an overwhelmingly blue majority.

I called Brainard up after the summit to ask if he experienced any blowback for bucking the party on climate change.

“I think at the local level it’s different,” Brainard said. “You see constituents every day at the grocery store and the barber shop and on the street.”

It’s harder for voters to demonize a politician when they’re sitting in the next pew at church. When you’re face to face, it’s easier to perceive good intentions. Still, every once in a while, constituents get mad when they hear Brainard talking about a cause that they associate with “the bad guys.”

“I was talking to a guy not too long ago who was upset by this,” Brainard said. The mayor brought up the Carmel’s initiative to switch to LED streetlights, explaining that it wasn’t just be environmentally friendly, it would also reduce the city’s electrical bill by millions of dollars. The pitch seemed to work. When you get away from abstract fights over identity and focus on the practical matters of city government, it’s much easier to find common ground, Brainard said.

In national politics, it’s easier to deny reality — at least in the short term. But there’s a certain practicality that comes with local politics. When constituents’ sewers are backing up, reality can’t be denied.

At the climate summit last week, Gina McCarthy, the EPA Administrator under President Barack Obama, illustrated this point in a story about her friend David Cohen, who served as mayor of Newton, Massachusetts from 1998 to 2009.

“He used to tell this story about how when he first became mayor he really didn’t know about sewers and storm drains and stuff,” she said, lapsing hard into full Massachusetts drawl on “mayah” and “stahm.” When a storm backed up sewers into basements and streets, city engineers told Cohen they’d only designed for a 25-year storm, not the 100-year storm they’d just experienced. “So he did a speech that said, ‘Yes, it’s upsetting but don’t worry, it only happens every 100 years.”

The scientists in the room, hip to statistics, chortled. Then, when a second storm flooded Newton within months, Cohen had to get another explanation from the experts and give another speech. “He said, ‘Don’t worry, that last one was for the last 100 years, and this one was for the next 100 years,’” McCarthy said.

Now the scientists guffawed, because that’s not how climate-changed statistics works, and because misconceptions about probabilities are hilarious. “So then the third, when it happened again, he said, ‘Oh shit, climate change is happening! We’re going to go after it.” That time McCarthy laughed louder than anyone.

When I followed up with her, McCarthy told me Cohen probably wouldn’t have used the word shit. “That was my word not his,” she said.