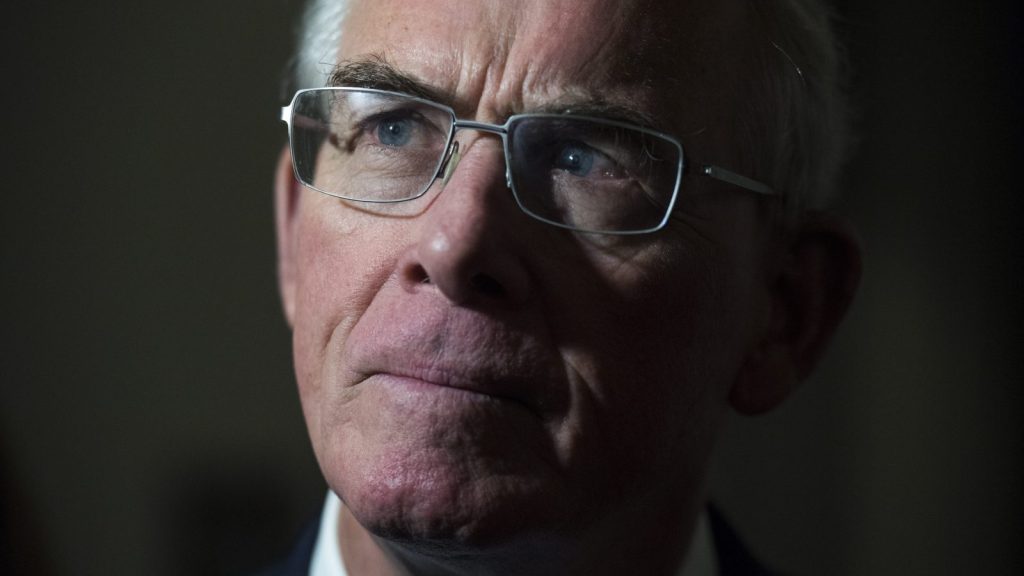 Tom Williams / CQ Roll Call
WE WILL ROO THE DAY

Representative Francis Rooney of Florida announced he’s retiring on Saturday, citing frustration over increasing partisanship in Congress and a sense that he’d completed what he set out to do as reasons for his abrupt departure. The surprise decision came just a day after the congressman said he was open to considering articles of impeachment against President Trump (the first House Republican to do so).

“I thought the idea was you came and did your public service and left, you accomplish what you want to accomplish and you left,” Rooney told Fox News. “And that’s what I want to be an example to do. And I’m also tired of the intense partisanship that stops us from solving the big questions that America needs solved.”

While Rooney was in office, he championed a carbon pricing measure and advocated for an offshore drilling ban on Florida’s coast. His departure leaves a climate-shaped hole in the GOP, a party that has developed a pretty severe allergy to established science over the past several years. Rooney is the current co-chair of the Climate Solutions Caucus, a bipartisan group in the House of Representatives whose main objectives are to educate members of Congress about climate change and to push for climate legislation. The group, which formed in early 2016, operates on the premise that bipartisanship on climate and environmental issues is still possible, perhaps once a less science-averse president is in office.

But that caucus took a major hit to its Republican flank during the 2018 midterms, when 21 members lost their seats, including the caucus’ Republican co-chair at the time, Representative Carlos Curbelo, also from Florida. Now, less than a year into his tenure as the new co-chair, Rooney is on his way out.

What does that mean for the future of climate change legislation in the United States? It’s true that with President Trump in office, it’s nigh impossible for climate bills to become law, even if they somehow managed to survive the Senate. Historically, however, major environmental legislation has been successful when both sides of the political aisle fight for it. That’s partly why things like public lands bills and the occasional offshore drilling ban stay put no matter which party controls the White House. But recent political polarization around climate change has wrested the title “conservationist” away from the Republican party and bequeathed it to the Democrats.

Members of the Citizens Climate Lobby, a grassroots environmental group that lobbied for the creation of the caucus, are optimistic that Rooney’s departure does not doom bipartisan climate action, though his sudden retirement did catch the group by surprise. “It’s definitely not something we saw coming,” Andres Jimenez, senior director of congressional affairs for Citizens Climate Lobby, told Grist. “[Rooney] was one of our biggest champions on carbon pricing.”

But Jimenez is confident Republicans will step up to the plate in Rooney’s absence.

He cited recent polling that shows growing support for carbon taxes and a Green New Deal among young Republicans. And he said that Republicans from districts that have been touched by extreme weather and other climate-tinged events are wising up to the fact that voters support climate action.

Not to mention recent news that the Senate is starting up its own bipartisan climate group. That initiative builds off of the work done by the House, Jimenez said. “It’s had a huge impact, not only in the House but now in the higher chamber,” he said, adding: “We believe that there will be champions stepping up to take Representative Rooney’s spot.” He did not, however, name any names.