Don't freak out about President Trump. The polls are wrong 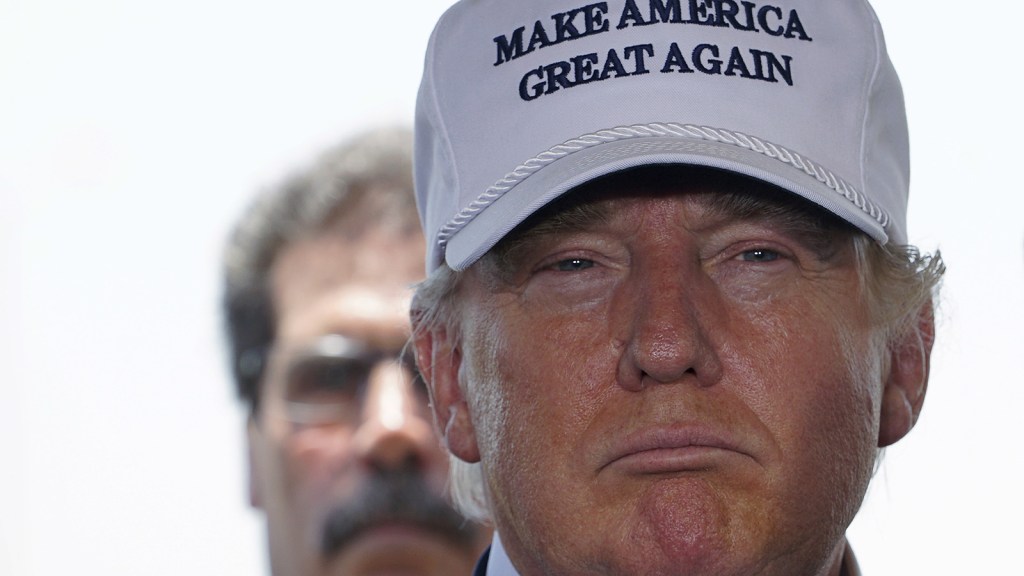 Don’t freak out about President Trump. The polls are wrong

President Trump: Seldom have two words struck such fear into the heart of man. Not long ago, we could have safely assumed this scenario would exist only in South Park episodes or our own nightmares. But if you listen to the national media, it seems almost possible this man could soon be hanging his portrait in the Oval Office. He’s leading the Republican polls by a significant margin, after all. Or so we hear.

But how accurate are polls, especially this far in advance of the race?

Not very, according to David Greenberg in the Atlantic. A sample of presidential races early pollsters got wrong include 1976, 1980, 1988, 1992, 2000, 2004, 2008, and 2012. So, most of them. “Looked at over the long run,” Greenberg writes, “early polls tend to be startlingly unreliable predictors of final outcome. They capture not the convictions of a newly aroused and assertive body politic, but instead the fleeting impulses of an electorate that remains overwhelmingly disengaged.”

Most Americans, Greenberg argues, aren’t actually following the election yet. It’s still a year before we choose our next president, and even if you happen to be watching every debate and shaking your fist every time Donald Trump opens his mouth and something racist falls out, your neighbors probably aren’t. They probably aren’t paying attention at all. And when asked about their voting preferences, they’re likely to spit out the names they know best, which, in this case, belong to the unqualified but notorious Donald Trump on the right and the equally recognizable Hillary Clinton on the left. Trump isn’t leading the polls because people actually plan on voting for him: He’s leading the polls because he’s famous.

Modern political polls have been around since the Depression and unlike now, they used to hold weight, writes Jill Lepore in the New Yorker. Response rates of early opinion polls were around 90 percent. Today, response rate percentages are in the single digits, and the people answering these polls are not typically representative of the voting populace. Why? Because they’re old.

In 1991, the FCC banned autodialing of cellphones. Because of this, pollsters have to manually dial mobile phone numbers, which is both time-consuming and expensive. Pew reports that surveys of cellphone users cost 50 percent more than surveys of landline users, which means most organizations overly rely on respondents with landlines. And who has landlines? Old folks, homeowners, and those who live in rural areas.

Young people, minorities, and renters are far less likely to have landlines. They are also more likely to vote Democratic — and, presumably, to see Donald Trump as the human windbag that he is. But pollsters aren’t calling young voters with cellphones. They’re calling your 80-year-old grandpappy instead. There are, of course, polls online, but they’re self-selecting. They aren’t a random sample: You must seek these polls out, which means they skew towards the small percentage of population that feels strongly about a candidate right now and not the voting populace as a whole, which, according to Greenberg, kind of doesn’t give a shit. At least not yet.

If you aren’t a Trump supporter, this is good news, because it shows how inaccurate polls taken today really are. Or, at least it would be good news if polls didn’t exert so much influence over this political race. In the very crowded race for the GOP nomination, Fox News, CNN, CNBC, and other debate hosts announced that they would use polls to determine who is allowed on the main stage at Republican debates and who has to stick to the pre-show kiddie table. The implications are that candidates who may be less flashy — or less famous — than the screaming comb-over we know as Donald Trump don’t get airplay and are quickly forgotten. Remember George Pataki? He’s still running.

How ironic that Trump maintains such a loathing of the media when we give his campaign exhaustive free press. Every time Trump says something offensive, we rush to cover it — the stories are ripe, after all, and hate clicks are still clicks. This coverage bumps Trump’s recognition — and his numbers — even higher, and so the cycle continues.

“If recent presidential races seem especially tempestuous,” Greenberg writes, “it’s not because of some new climate of desperation but because media attention to the pre-primary stage of the campaign has become unrelenting. A faster news cycle, fed by round-the-clock cable news and online coverage, transforms trivial developments into uproars.”

In other words, it’s all a big show. We, the media, and you, the consumer, are involved in a giant game of pretend. None of this matters right now because the reality is that most voters just aren’t paying attention. It’s Survivor, presidential edition, where a few inaccurate polls determine who stays on the island and who gets kicked back to reality. And just like Survivor, it’s merely entertainment.