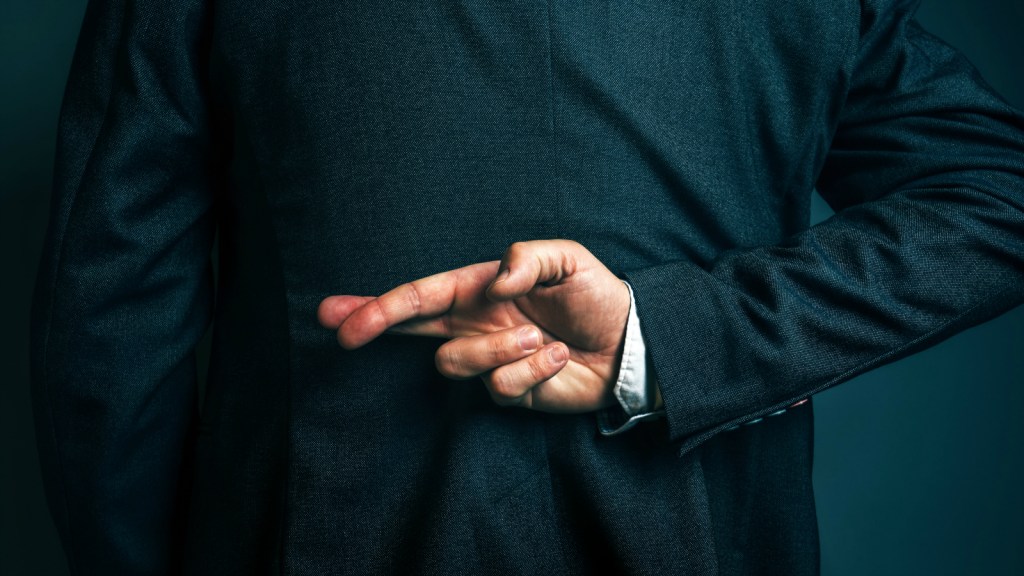 Think fake news is a recent plague, borne of the presidential election? It’s not.

“The notion of ‘fake news’ is hardly new to climate scientists like myself,” Penn State climatologist Michael Mann told Grist. “We’ve known about it (and written about it) for years.”

Thanks to researchers like Mann — the originator of the famed “hockey stick” chart and a frequent target of fake news himself — the science behind climate change is settled. And yet there remains a vocal contingent of ideologues who refuse to accept the connection between carbon emissions and a warming planet. For example, Donald Trump and a good portion of his proposed cabinet. For years, right-wing news organizations like Breitbart, Infowars, the Daily Caller, and Climate Depot have fed their denial, publishing stories that misinterpret, misrepresent, or distort scientific findings — or just outright lie.

All the news that’s unfit to print

There are many flavors of fake news. Some of these stories push the idea that, yes, the climate is changing, but it’s just a natural effect of changes in the sun’s activity and humans have nothing to do with it. This theory has been a favorite of deniers for three decades, and even though it’s been widely discredited, Breitbart reported it in again in 2014, under the headline, “Solar Activity Could Cause Global Warming, New Paper Says.” Of course, this runs contrary to actual science, but Breitbart never lets that stop them.

Other fake stories claim that carbon dioxide is good because it increases plant growth, as the ever-optimistic Breitbart declared again last year. But while it’s true that CO2 can be beneficial for plants, it doesn’t outweigh the fact that increasing concentrations in the atmosphere are toasting our home planet. Good for plants does not equal good for people.

Bogus climate stories also allege that a so-called “pause” in global warming undermines established climate science. Although climate scientists overwhelmingly agree that temperatures are rising and climate change is real, there has been debate over whether the rate of temperature increase slowed in the early 2000s — which climate deniers refer to as the “pause” or “hiatus.” Fake media outlets have seized on this debate and tried to spin it as proof that climate change isn’t real: Breitbart even claimed that Mann jumped on the pause bandwagon, deserted his scientific colleagues, and decided that there’s been no global warming since 1998. This was likely news to Mann himself.

There’s also the classic seasonal variety of stories alleging that cold, snowy weather disproves climate change. This reached a fever pitch in 2015, when Oklahoma Sen. James Inhofe threw a snowball on the Senate floor. What Inhofe and his fellow deniers don’t get is that weather is not climate. Climate change is about long-term warming trends, not individual weather events, and so snow and climate change just aren’t mutually exclusive. In fact, a warming climate could actually lead to an increase in snowfall in some places as melting sea ice in the Arctic alters jet streams.

And, of course, some deniers claim that this whole thing is a vast conspiracy perpetrated by scientists hungry for government research money. (They have never, apparently, seen what climate scientists drive.) Others — like our president-elect — say it’s a hoax created by China to crush U.S. manufacturing. Still other deniers insist that it’s a scheme cooked up by Al Gore to make himself rich — but, not to worry, they also tell us that Al Gore was sued by 30,000 scientists for his global warming fraud.

Unfortunately, conspiracy theories are hard to combat. Research shows that when presented with evidence that contradicts our beliefs, instead of reconsidering those beliefs, we humans tend to double-down on our preconceived notions. So if you already believe climate change is the greatest hoax ever perpetuated on the American public or that the Earth hasn’t warmed in 17 years or that this is all a big Communist plot, it’s unlikely that evidence to the contrary will dissuade you.

Some deniers — perhaps those who really believe Al Gore was sued by 30,000 scientists — think climate science is a lie because of the misinformation they absorb every day on TV and through social media. But other deniers have a more base motivation: money. The most high-profile deniers — people like Inhofe and Climate Depot’s Marc Morano — are backed by the fossil fuel industry. Exxon alone spent over $30 million to fund climate-denying organizations between 1998 and 2014, and an investigation by Carbon Brief found that nine of the 10 most prolific authors of papers skeptical of climate change have ties to Exxon. The industrialist Koch brothers, too, have spent a fortune on climate denial, donating nearly $50 million between 1997 and 2008 to groups that work to undermine climate science.

The money, it seems, was well-spent. Right-wing media outlets spread those groups’ misleading messages far and wide. So while the rest of the world has long since accepted the reality of climate change and humanity’s role in causing it, in the U.S., not only are we still debating its existence, but a climate change denier is about to occupy the White House.

Soon, however, there may be a cost to spreading misinformation about climate scientists, if not about climate change itself. The D.C. Court of Appeals recently ruled that Mann can proceed with a defamation suit against two bloggers who called his work fraudulent — and worse.

“Mann could be said to be the Jerry Sandusky of climate science,” wrote Rand Simberg in a 2012 post on the Competitive Enterprise Institute’s blog, “except for instead of molesting children, he has molested and tortured data in service of politicized science that could have dire consequences for the nation and planet.” The National Review’s Mark Steyn then quoted these comments in a post of his own, writing that Simberg “has a point” and calling Mann’s work “fraudulent.”

For this, the court has ruled that Mann can sue both bloggers as well as their institutions — but you wouldn’t know that from the headlines in the climate-denying press. Climate Depot reported, “Court dismisses Michael Mann defamation lawsuit against National Review.” This is a clear manipulation of the truth: While the court did dismiss Mann’s claims against one National Review editor, its ruling clearly says that Mann can proceed with his suit against Steyn and National Review itself. But if we learned anything from the election of 2016, it’s that truth no longer carries much weight.

In the court’s ruling, Judge Vanessa Ruiz wrote, “Tarnishing the personal integrity and reputation of a scientist important to one side may be a tactic to gain advantage in a no-holds-barred debate over global warming.” It’s not a new tactic, but tarnishing reputations and publishing lies has proved to be an effective one. As for how destructive, we’re soon to find out.