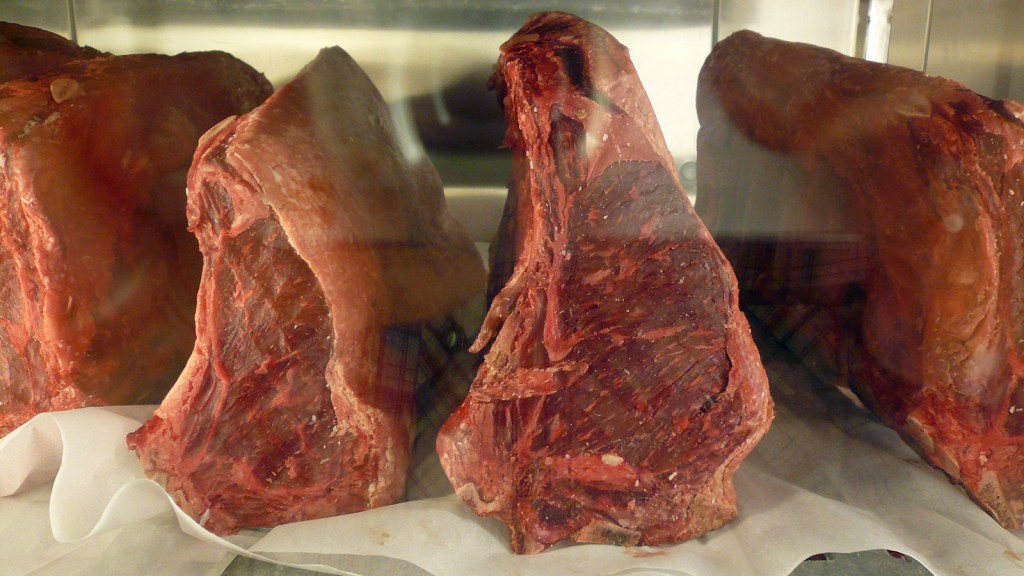 Ever look at a pound of bacon and think, “Ya know, this is good and all but what I’d really like is the whole … hog”? No? Me neither, but for folks who prefer their meat full-bodied, there are certainly benefits to purchasing an entire animal instead of just the cuts. Pound for pound, it’s cheaper to buy in bulk, and you can often cut out the middleman and buy direct from the farmer.

Unfortunately, there’s also the inevitable storage problem when you’re dealing with an entire animal carcass: It’s difficult, if not downright impossible, to fit a huge swine in your butter drawer. But one community has a solution: the city meat locker.

Meat lockers used to be a staple in American life, but they disappeared with the rise of the home freezer. Now, a group in Corning, N.Y., is bringing them back. The Cornell Cooperative Extension opened a communal meat locker in Corning last week, and it’s available to anyone with a lot of meat to store and a few bucks to throw in. The meat locker — which is really just a large walk-in freezer — is lined with plastic bins you can rent for $5 to $8 a month, depending on the size.

On the locker’s opening day, Kerri Bartlett shows a potential renter the inside.

“And what we’ll do is we’ll bring the bin out to you, and you can take out what you want from your bin, and then we put it back in. They’re all labeled,” she explains.

Bartlett works with the cooperative extension at Cornell University, which previously opened a meat locker in Ithaca, N.Y., in 2014. The Ithaca meat locker has proven so popular, it now has a waiting list.

Affordability is what brought Ray Towner here to the opening. Towner is retired with a fixed income. He and his girlfriend have six kids. He says he’d rather share space than run his own freezer at home. “I figure by the time you run a refrigerator and a freezer both, it’s costing you more than $8 a month just to run them,” Towner says.

And Towner is used to buying meat in bulk — that’s how he grew up eating.

“You ought to kind of listen to the older generation,” he says. “Yeah, you save a lot of money — just in gas, running back and forth to the store.”

You save a lot of space, too, by not having a large freezer at home. Bartlett says that’s a major selling point, because more people these days live in small city apartments.

On second thought, maybe I do want a communal meat locker. The dorm fridge in my 300-square-foot studio can barely fit a pig’s snout, much less the whole carcass. Seattle, take note.