Fire is our friend, trees are the enemy, and the world is upside down 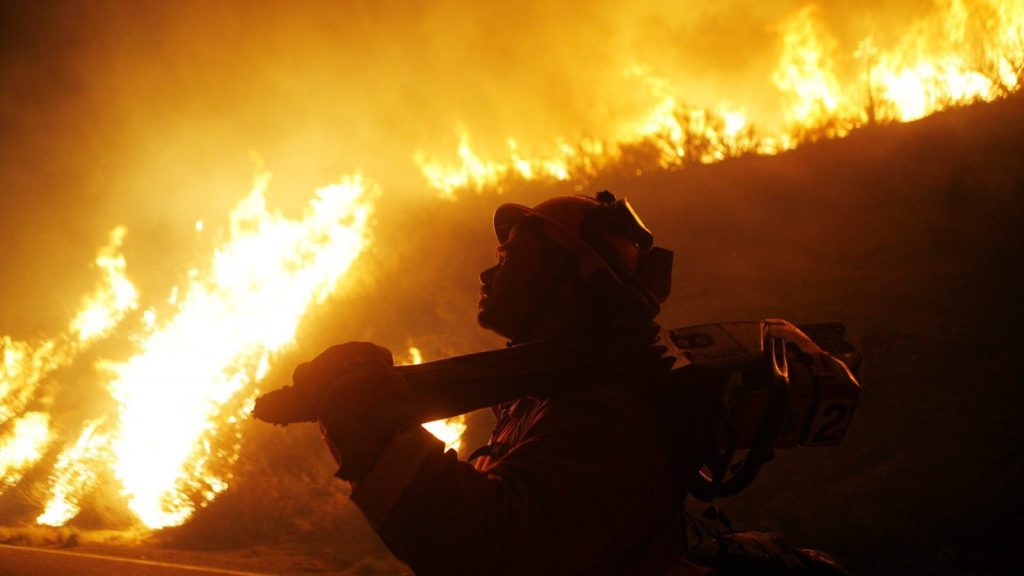 Fire is our friend, trees are the enemy, and the world is upside down

Dehydrated, scorched, and beetle-gnawed, millions of trees are dying all over California. That’s turned the state’s forests into carbon-belching problems, because they’re now emitting more carbon than they capture.

About 18.6 million trees died last year, according to new estimates. It’s been a rough decade for dryad and ents: Since 2010, drought and beetles have taken out more than 150 million trees.

All over California, trees keep sucking up carbon from the atmosphere and turning it into wood. But raging fires and rotting logs are now releasing even more carbon than the living forests absorb. One study found that from 2001 to 2010, California forests emitted on net about as much as a pair of coal plants running for that same period would have done. Since then, things have likely gotten worse.

It’s not just California. Forests are suffering across the West and throughout Canada. The problem? For more than a century, people have been putting out the small fires that historically smoldered around the state.

“Fire has been the primary driver of forest health and we took that away from them,” said Nic Enstice, a scientist at the Sierra Nevada Conservancy, a California state agency that oversees some 25 million acres of forest.

Climate change is also playing a role, said Matt Hurteau, a forest ecologist at the University of New Mexico. More water evaporates in the hotter summers, and insects (like tree-killing bark beetles) are more likely to survive milder winters.

“Obviously there comes a point where if it just doesn’t rain you can’t have forests,” Enstice said. “And we are seeing fires today that we thought we wouldn’t see until 2090.”

Even so, overcrowded, unhealthy forests look like the bigger problem. In places where trees have been thinned by fire or logging, scientists have found that remaining trees got a growth spurt because they had less competition for water and other resources. For instance, in Yosemite National Park, where officials have allowed fires to burn since the 1970s, forests are healthy and capturing more carbon than they emit. The same is true in forests that have been sustainably managed for timber production.

“I think that the answer is pretty clear, ecologically speaking.” Hurteau said.

The idea of sacrificing trees might be a little hard for environmentalists to get used to.

“It’s counterintuitive that you need to cut trees to save forests, but the realization is that forests never evolved to look like they do today,” Enstice said. “We’ve shut off the fire that cleaned up the forest in the past.”

The sheer number of dead trees in California represents a giant greenhouse-gas-filled balloon that’s slowly deflating. The state could help by turning some of those dead trees into wood for houses and electricity, Hurteau said. Burning small trees in biomass plants releases less pollution than burning them in wildfires.

In the meantime, the state is getting serious about stepping up its forest management. Last year, CalFire, the state fire agency announced it was hiring 75 people solely to conduct prescribed burns. The fact that “prescribed burner” is now a government job represents a massive change for a society that has always feared and suppressed fire.

“It’s both exciting and daunting at the same time,” Enstice said.