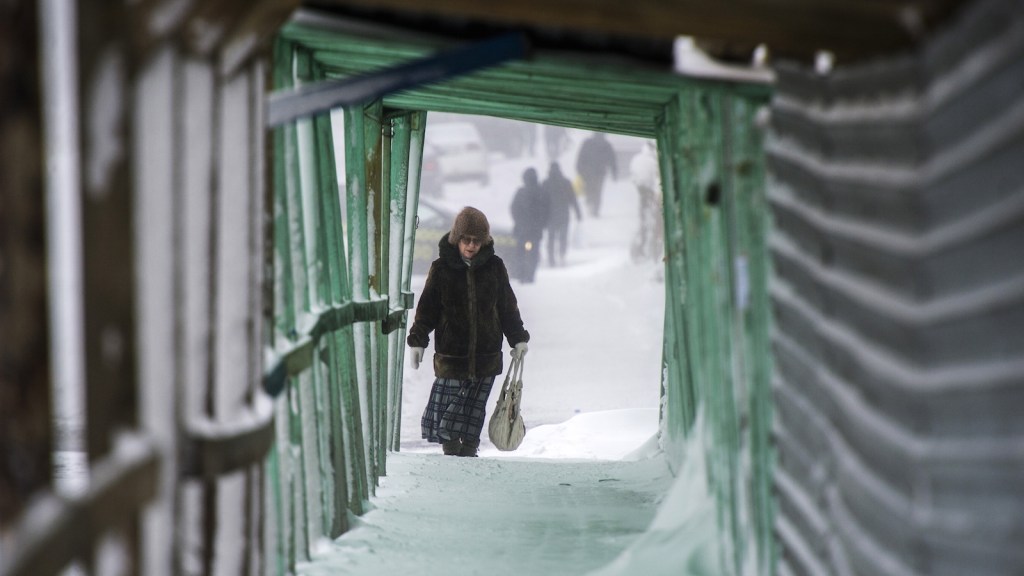 We all know Russia is huge. The country is nearly twice the size of Canada and roughly the same as the entire surface area of Pluto. And this enormous land mass is sparsely populated: It has four times more land area per capita than the United States.

The vast region of Siberia stands out even by Russian standards. With 77 percent of Russia’s territory, it’s home to only 27 percent of the nation’s population, or 39 million people. Climate is the main culprit. Permafrost covers most of Siberia making agriculture and construction almost impossible. There is little precipitation, too, which does not make the settlement any easier.

Some relief could come from an unlikely source — climate change. According to scientists from NASA Langley Research Center and Krasnoyarsk Research Center, the inevitable rise of temperatures and precipitation will improve potential for human settlements in the Asian part of Russia by 2080s. Severe climate conditions are predicted to become milder and favorable. This could lead to up to a 9-fold increase in Siberia’s capacity to sustain human population opening the way for surge of climate migrants.

For the study, the authors looked at two different warming scenarios. By the 2080s, average January temperatures in Siberia will increase either by 3.4 degrees C (6.12 degrees F) in the milder scenario or by 9.1 degrees C (16.38 F) in the more extreme scenario. July temperatures will rise to a much lesser degree — either by 1.9 degrees C or by 5.7 degrees C. The average rainfall per year will increase by 60 millimeters (2 inches) in case of mild climate change and by 140 millimeters (5.5 inches) in the case of the more extreme one.

In both scenarios, Siberian climate would be much warmer and milder by the 2080s. The permafrost zone would shift significantly to the northeast. Life conditions and the ability to live in Asian Russia would improve, allowing 3 to 9 times the current capacity.

In the warmer climate, melting permafrost will create a suitable environment for a higher agricultural potential yield in northern Siberia. It won’t be all rainbows and unicorns though. Lack of fertile soil could limit agriculture in the region regardless of warmer climate. Moreover, the transition from permafrost to non-permafrost would not be simple due to losing important infrastructure like houses and roads. The infrastructure in the Russian Arctic is already failing because of permafrost degradation.

According to another recent study, the frequency and intensity of heavy rains are increasing in Russia with a rate of 1–2 percent each decade thanks to climate change. Winters in Western Siberia have became colder because anticyclones block the flow of warm, moist air from the southern borders of the region. And Siberian fauna is already experiencing harsh consequences of climate change. Scientists found that Arctic shorebirds have experienced an increase in nest predation consistent with climate-induced shifts in predator-prey relationships.

Positive migration due to ongoing climate change will probably be balanced by a population decrease. Russia’s population will decline from 143.9 million to 132.7 million by 2050, according to the U.N. Climate migration could be the only way for Russia to reverse these losses.