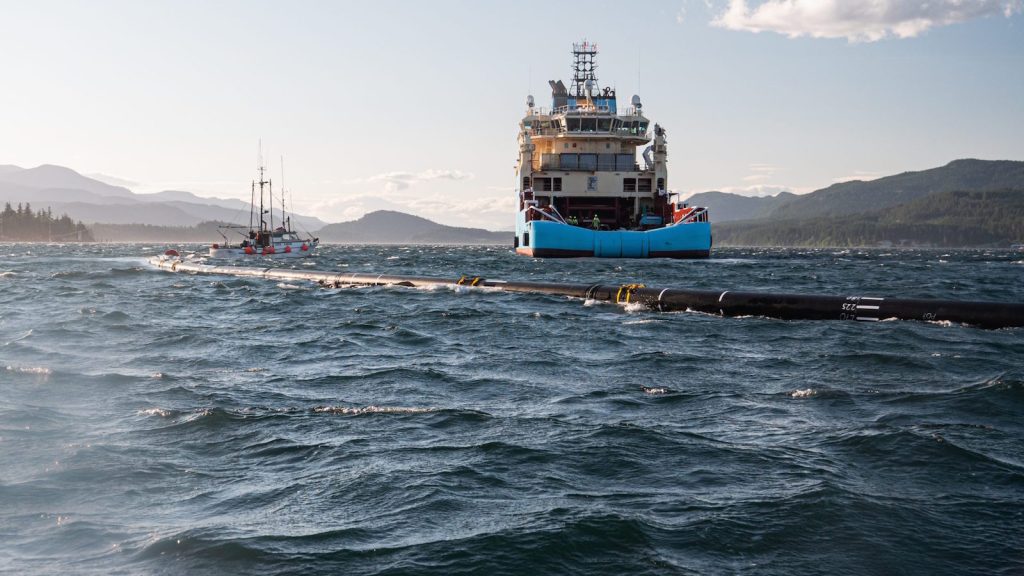 The Ocean Cleanup
Float on

It’s try, try again for the Ocean Cleanup, an ambitious project designed to remove plastic from the Great Pacific Garbage Patch. The NGO had to pump the breaks in December after the $20 million project needed to undergo four months of iteration and repairs.

Boyan Slat, who founded the organization, took a low stakes attitude as the second phase of the project began. “Hopefully nature doesn’t have too many surprises in store for us this time,” the 24-year-old inventor tweeted. “Either way, we’re set to learn a lot from this campaign.”

In October 2018, the Ocean Cleanup Project launched its highly lauded trash-collection device, named System 001 or ‘Wilson.’ The system was, essentially, a 2,000-foot U-shaped barrier with a long skirt dangling below. It was meant to float along the ocean’s surface, trapping plastic while avoiding harm to marine life.

Humans dump more than 8 million tons of trash into the ocean each year — the equivalent of one dump truck full of plastic every minute. The Great Pacific Garbage Patch has quickly become the stuff of legend: some say it’s bigger than Texas; some claim it’s half the size of the U.S.; others think it’s an island of trash so thick you can walk on it (hint: it’s none of those things — its size can’t exactly be measured because it’s always moving and changing).

The technology was originally designed to take advantage of wind, waves, and currents in the ocean to assist with trapping the plastic. But in the end, the wind and waves actually ended up being a bit too much for Wilson. The system was catching plastic, but it would then lose that plastic again because the giant device was moving too slowly through the ocean current. The plastic, smaller and faster, would float away before it could be trapped.

Perhaps more importantly, though, Wilson ended up breaking apart due to what Slat called a “stress concentration fracture” — 262 feet-worth of the structure detached off one end and was floating freely nearby. For a project wanting to reduce debris in the ocean, rather than add to it, this was certainly something to address.

The new version launched Thursday (named System 001/B, no pet name yet) is approximately one quarter the size of Wilson, and built for ease of speed, with new mechanisms to make the device move faster or slower if needed to collect and retain trash. They’ve also identified and fixed the cause of last time’s “stress break.”

The biggest takeaway from this new launch is that perfecting the technology to make the Ocean Cleanup Project possible will be a marathon, not a sprint. And it’s worth remembering, too, that the best way to help with ocean plastic is to prevent it from getting into the ocean in the first place.