The saga continues for the embattled Atlantic Coast Pipeline. On Tuesday, a Virginia board approved a controversial plan to build a natural gas compressor station in Union Hill, a historically black community in Buckingham County. The decision was met with uproar from opponents, who vowed to keep fighting in protests and in court.

“It’s a real tragedy that the board that has been appointed to protect our air makes a decision that seals the fate and disregards the ongoing health and welfare of an entire community,” said Chad Oba, chair of the Friends of Buckingham, an organization of Buckingham citizens, and a local resident that will be impacted by the decision.

“This is just another example of institutionalized racial discrimination,” she told Grist.

The state Air Pollution Control Board voted 4-0 in favor of a station permit for the approximately 600-mile underground pipeline that would carry fracked natural gas from West Virginia into Virginia and North Carolina. The development is a joint venture from several energy companies, but Richmond-based Dominion Energy is leading the pack in building the $7 billion pipeline. 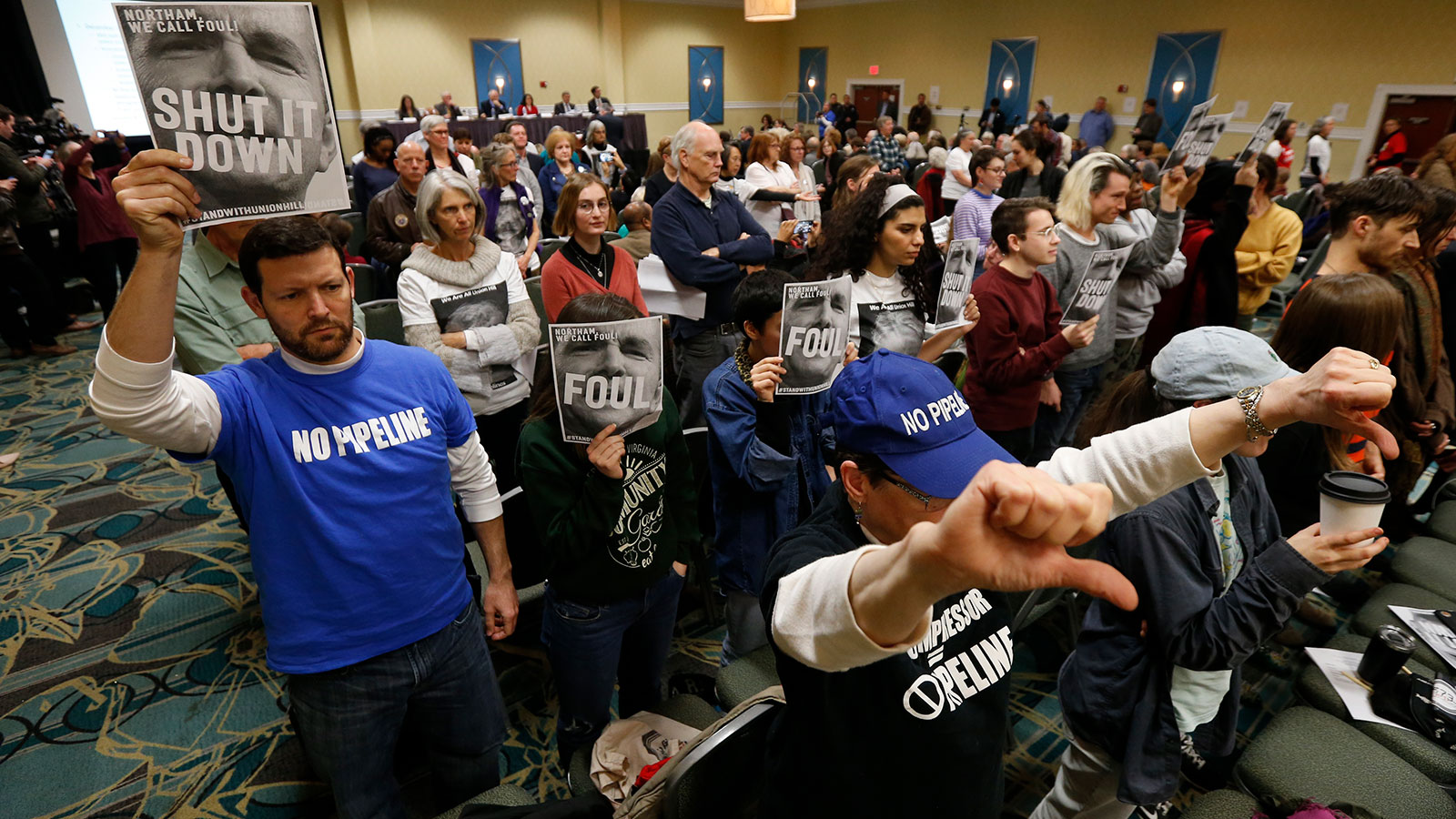 “Today’s unanimous approval is a significant step forward for this transformational project and the final state approval needed in Virginia,” wrote Dominion spokesman Karl Neddenien in an email to the Washington Post. “We have a profound respect for this community and its history, and we will continue working together to build a better future.”

Here’s the rub: Pipeline opponents are concerned that exhaust from the compressor station will hurt the surrounding community, putting them at risk of a range of ailments including asthma. Rebecca Rubin, an air board member, was dismissed by Virginia Governor Ralph Northam less than a week after she raised concerns about the disproportionate impact of the pipeline compressor station on Union Hill (ahem, Dominion energy is the state’s biggest corporate political donor).

Dominion Energy presented survey data based on broad Census Bureau information they say indicates the area surrounding the site is sparsely populated and made up of no more than 39 percent minority residents based on race. Company representatives argued that, based on those demographics, the neighborhood was“not an environmental justice community.”

An anthropologist working with Friends of Buckingham, however, submitted the results of door-to-door research, finding that of the approximately 200 people who live within a one-mile radius of the site, 83 percent are racial minorities.

Supporters of the station say it will boost development in the rural area. In an effort to help build local support for the project, Dominion offered community improvement package valued at $5.1 million. The offer won over some residents but was not enough of an incentive for many residents of the Union Hill community, which was settled after the Civil War by free blacks and former slaves.

“The legacy of placing toxic facilities in places where they disproportionately affect poor communities of color is unjust and unacceptable and needs acute examination,” wrote stakeholders in an open letter calling for the permit’s denial. “It is not right to look the other way while this continues.”

One thing is clear: the battle is still a long ways from over. The project’s opponents will likely challenge the decision in state court, adding to the pipeline’s hodgepodge of setbacks. Notably, the plan was stalled after the 4th U.S. Circuit Court of Appeals ruled last month that the U.S. Forest Service did not have proper permissions for the pipeline to cut across the Appalachian Trail. (Dominion plans to appeal the decision.)

Despite the board’s approval of the natural gas compression station, members of the Friends of Buckingham County say they too plan to keep fighting. “We have not given up,” Oba added. “If anything, it’s given us more resolve.”