How the U.S. got addicted to plastics 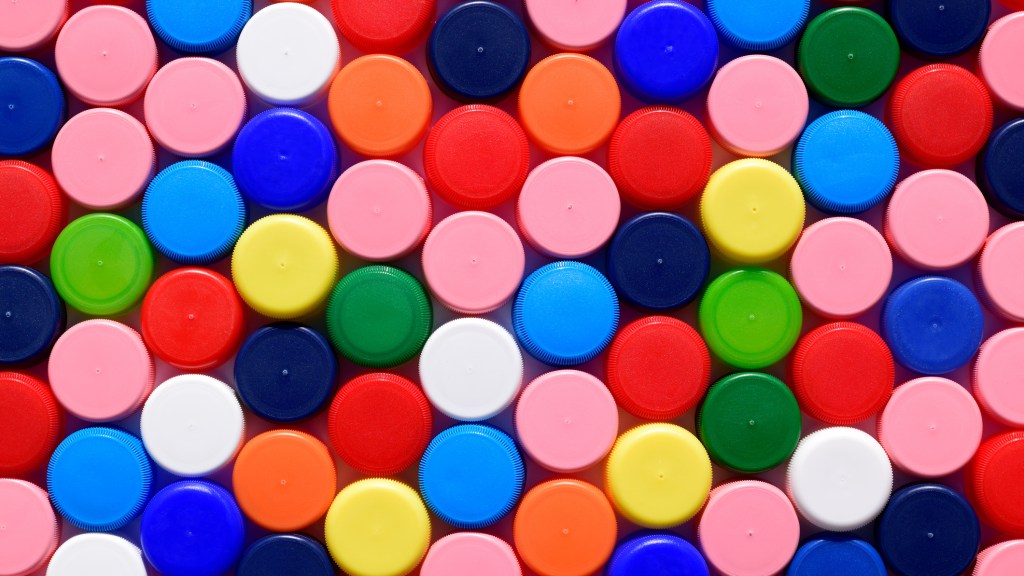 How the U.S. got addicted to plastics

In the closing months of World War II, Americans talked nonstop about how and when the war would end, and about how life was about to change. Germany would fall soon, people agreed on that. Opinions varied on how much longer the war in the Pacific would go on.

Amid the geopolitical turmoil, a small number of people and newspapers chattered about the dawn of another new age. A subtle shift was about to change the fabric of people’s lives: Cork was about to lose its dominance as a cornerstone of consumer manufacturing to a little-known synthetic substance called plastic.

In 1939, the future arrived at the World’s Fair in New York with the slogan: “The World of Tomorrow.” The fairground in Queens attracted 44 million people over two seasons, and two contenders laid claim to being the most modern industrial material: cork and plastic.

For decades, cork had been rising as the most flexible of materials; plastic was just an intriguing possibility. The manifold forms of cork products were featured everywhere, from an international Paris Exhibition to the fair in Queens, where the material was embedded in the Ford Motors roadway of the future.

Meanwhile, plastic made a promising debut, with visitors getting their first glimpse of nylon, Plexiglas, and Lucite. Souvenirs included colorful plastic (phenolic resin) pencil sharpeners, molded in the form of the fair’s emblematic, obelisk-shaped Trylon building. Visitors also picked up celluloid badges and pen knives, and a Remington electric razor made of Bakelite, along with plastic ashtrays, pens, and coasters.

In the months after the fair, as U.S. entry into the war became inevitable, the government grew concerned by American dependence on cork, which was obtained entirely from forests in Europe. The United States imported nearly half of the world’s production.

People in their 50s today remember when a bottle cap included a cork sliver insert to seal it. But in 1940, cork was in far more than bottle caps. It was the go-to industrial sealant used in car windshield glazing, insulation, refrigerated containers, engine gaskets, and airplanes. In defense, cork was crucial to tanks, trucks, bomber planes, and weapon systems. As the vulnerability for the supply of this all-purpose item became clear with the Nazi blockade of the Atlantic, the government put cork under “allotment,” or restricted use prioritized for defense. Information about cork supplies became subject to censorship.

In October 1941, the Commerce Department released a hefty report detailing the situation, titled: “Cork Goes to War.” Besides outlining the growing industrial use of cork, the report highlighted Hitler’s efforts to scoop up Europe’s cork harvests and the need for a systemic American response.

Part of that response was an intense research and development machine that ramped up the nascent synthetic industry to fill gaps in defense pipelines. Some were synthetics first developed by America’s enemies:Chemists at Armstrong Cork, an industry leader, crafted new products using materials research from Germany. Many synthetics were developed during the mad scramble to replace organic items that the blockade made expensive. To pay for the research and offset rising materials costs, Armstrong trimmed employees’ use of items like carbon paper and paper clips; the company’s accountants noted 95,000 clips used per month in 1944, a 40 percent decline since the war’s start.

In 1944, a book titled Plastic Horizons, by B.H. Weil and Victor Anhorn, documented the promise of plastic. A chapter titled “Plastics in a World at War” opens with a paean to the blood toll of war. But then the authors trace how war bends science to its needs for new both deadly and life-saving items: Physicists turn to aircraft detection, chemists to explosives. “Nylon for stockings has become nylon for parachutes. Rubber for tires has almost vanished, and desperate measures are required to replace it with man-made elastics.” That section concludes, “Plastics have indeed gone to war.”

In one dramatic example, the authors describe how plastics came to neutralize Germany’s secret weapon: a magnetic mine designed to be laid on the ocean floor and detonated by the magnetic field surrounding any vessel that passed over it. To counteract that, Allied scientists created plastic-coated electric cables that wrapped around the ships’ hulls and “degaussed” them, rendering the mines ineffective. Thanks, polyvinyl chloride!

The book got a glowing review in the New York Times, which noted that America was experiencing a chemical revolution.

Early plastics, as the book explained, covered a wide range of natural or semi-synthetics like celluloid and synthetic resins that could be molded with heat and pressure.

After the war, chronic shortages of common materials like rubber, cork, linseed oil, and paints forced chemists to scramble for substitutes, further speeding the embrace of plastics. Profitable bottling innovations included the LDPE squeeze bottle introduced by Monsanto in 1945, which paved the way for plastic bottles for soaps and shampoos, and the “Crowntainer,” a seamless metal cone-topped beer can.

There was also a shortage of tinplate for metal caps. Industry was quickly adapting to finding substitutes. Giles Cooke, the in-house chemist at one manufacturing leader, Crown Cork & Seal, was dabbling in research on synthetic resins for container sealants through the 1940s. In beverage bottling, cork’s quality remained unmatched. You could taste the difference between a cork-sealed bottle and one sealed with plastic. Recognizing that it would takes decades to replace cork as a sealant, Cooke and his colleagues hedged their bets with patents on both silicone film container liners and rubber hydrochloride.

In the end, Plastic Horizons undersold its subject. Its closing chapter hardly seems to anticipate the ubiquity of plastics we see today, along with its formidable waste problem. “In the future, plastics will supplement rather than supplant such traditional structural materials as metals, wood, and glass,” the authors wrote.

“There may be no Plastics Age, but that should discourage no one; applications will multiply with the years,” they continued. “Plastics are indeed versatile materials, and industry, with the help of science, will continue to add to their number and to improve their properties. Justifiable optimism is the order of the day, and the return of peace will enable the plastics industry to fulfill its promise of things to come.”

By 1946, the transition to plastics had reached a new threshold. That year, New York hosted a National Plastics Exposition, where for the first time, a range of strong, new materials and consumer products headed for American homes were on display. One observer noted, “the public are certainly steamed up on plastics.”

The World of Tomorrow indeed.