‘Another hurricane?’ How climate disasters can give us compassion fatigue 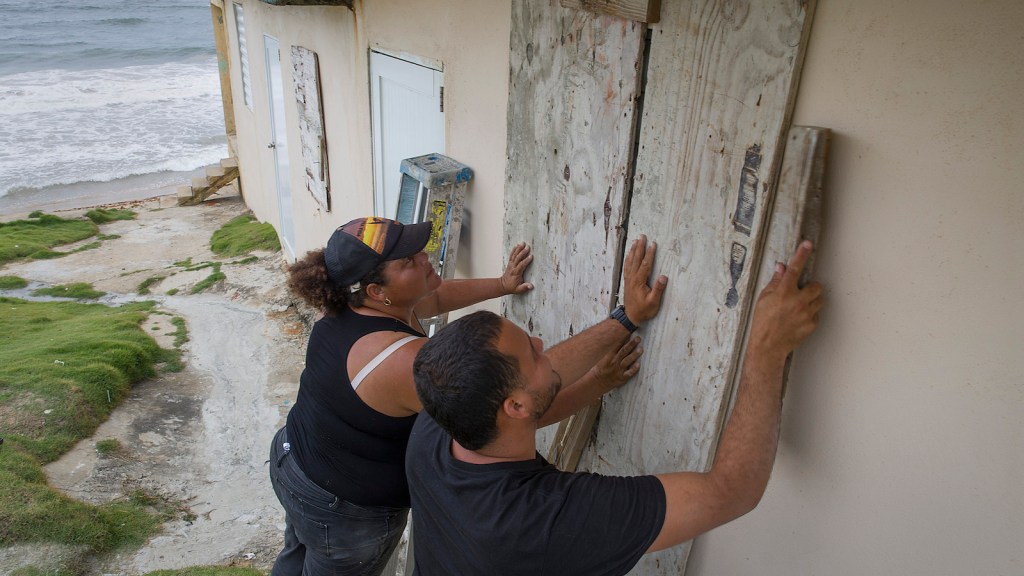 ‘Another hurricane?’ How climate disasters can give us compassion fatigue

In response to the news that then-Tropical Storm Dorian (now a Category 1 hurricane) was on its way toward Puerto Rico, President Trump seemed to blame the U.S. territory — or at least the weather gods — for the island’s repeated weather-related woes.

“Wow! Yet another big storm heading to Puerto Rico. Will it ever end?” Trump tweeted on Monday. He went on to lament a falsely inflated federal price tag associated with recovery from Hurricane Maria, which hit the island as a Category 4 storm in 2017. “Congress approved 92 Billion Dollars for Puerto Rico last year, an all-time record of its kind for ‘anywhere.’” (Just to set the record straight, Congress has allocated only about $42 billion to Maria recovery — and only about $14 billion of the money has reached the island so far.)

Hurricane Dorian, which is expected to hit the island on Wednesday, is also giving Puerto Ricans a sense déjà vu. But in contrast to the mainland’s mild attitude of annoyance at the repeat event, the idea of another storm hitting the island is ramping up local concerns. Puerto Rico’s newly minted governor Wanda Vazquez declared a state of emergency as the island is still recovering from the devastation of Hurricane Maria. “Puerto Ricans on the island have a serious case of PTSD,” Timmy Boyle, the spokesman for environmental justice group ACASE, told Grist. “Right now, there are long lines in gas stations and empty shelves at supermarkets, especially with water.”

Hurricane Maria was the deadliest natural disaster in U.S. history, that killed almost 3,000 people. Some residents are still living under blue tarps from the Federal Emergency Management Agency. Meanwhile, the Trump administration is pulling a whopping $271 million in funding from FEMA disaster relief to pay for immigration detention space and temporary hearing locations for asylum-seekers on the southern border

The scientific consensus is that climate change will contribute to more frequent extreme weather events — be they hurricanes in the Caribbean, heatwaves in Europe, or flooding in Bangladesh. On a global scale, these events showcase how climate change is becoming an ever-increasing problem. Serialized emergencies increase a place’s vulnerability to climate change by inflicting new stress before infrastructure or morale have fully recovered from the last tragedy. Yet those outside affected zones can start to unconsciously dismiss repeated disasters as simply “the new normal.”

Compassion fatigue is a phenomenon wherein people withdraw after long periods of taking on others’ emotional burdens. As a person becomes overexposed to bad news, they can become more indifferent toward that type of suffering. And according to some experts, the opposite effect — heightened climate anxiety — can be just as paralyzing. In a 2017 Atlantic article, journalist Julie Beck argued that climate anxiety can cause people to turn inward, focusing on their own emotional state versus the plight of others.

“We make the assumption that if people are aware of how urgent and frightening and scary these issues are, then people will automatically translate that into ‘Oh my gosh, what kind of actions can I take?’” Renee Lertzman, a psychologist who studies climate-change communication told Beck. “That’s just simply not the case.”

That lack of empathy, whether it’s a result of compassion fatigue, crippling climate anxiety, or just being kind of a jerk, is bad enough when it’s coming from your fellow Americans. But as Puerto Ricans know, it’s worse when it’s directed at you from the commander in chief. “Trump shows no compassion for us,” said Jessica Montero Negrón, a community leader in the rural municipality of Utuado, speaking in her native Spanish. “People here are really scared.”

The solution, at least for locals, is to err on the side of being safe rather than sorry and fight harder for resources when it comes to future storms. On CNN, San Juan Mayor Carmen Yulin Cruz — who has a history of sparring with Trump — said, “It seems like some people have learned the lessons of the past or are willing to say that they didn’t do right by us the first time and they are trying to do their best. That is not the case with the president of the United States.”

“We are not going to be concerned by, frankly, his behavior, his lack of understanding, and it is ludicrous. So get out of the way, President Trump, and let people who can do the job get the job done.”