I love earning miles. Do I need to give up my (evil bank's) great credit card? 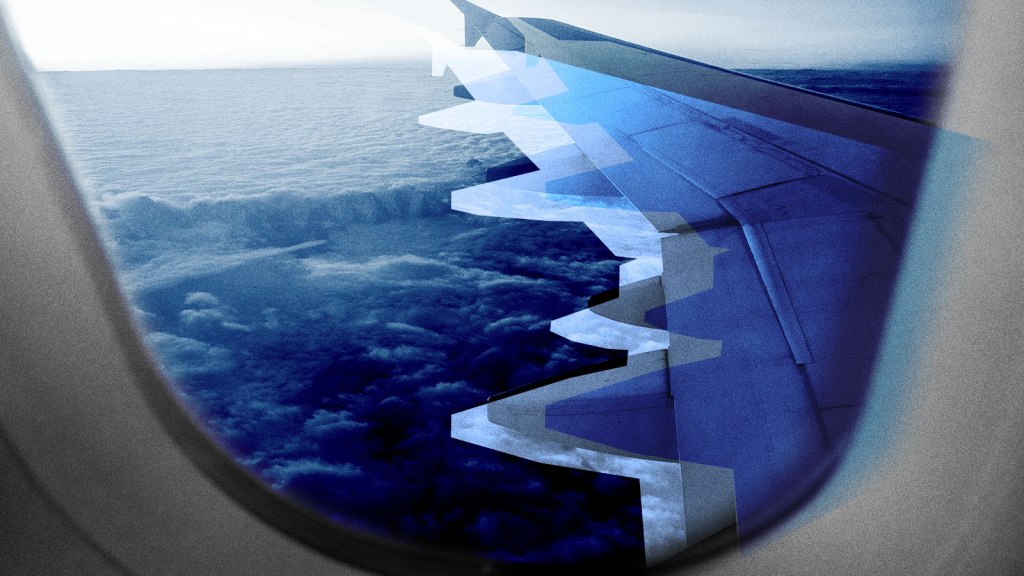 I love earning miles. Do I need to give up my (evil bank’s) great credit card?

After relocating from France to America, I was quickly advised to get a credit card in order to build up my credit score (a foreign concept for me as a French person!). I had read about divestment and decided to start using the Beneficial State Bank’s credit card. It’s the one recommended by the Sierra Club. (They also happen to look nice.)

As I travel regularly to France and back, I also signed up for a Chase credit card that offers travel points. After a year of using it, I realized I had not looked into J.P. Morgan Chase Bank’s investments. It was pretty easy for me to just take my card and cut it up into pieces when I realized it was one of the major funders of pipelines and fossil fuel projects, in general.

But, having tasted the Chase card’s point system, it is hard to forget about the savings. So much so that I have started asking myself: Is the divestment of the bank behind your credit card really that big of a deal? I always pay on time and don’t incur any interest anyway. If it’s just to make me feel good, but it doesn’t actually make a difference, then I might as well save some money on flights. Right?

There’s a lot here to break down, but here’s how I see it. On the one hand, you have the ethical questions surrounding flying and supporting financial institutions that subsidize fossil fuel infrastructure. On the other, you have the practical, never-ending concern of money.

I am going to lay out the divestment issue in simple terms (for any readers who might be unfamiliar). In the United States, you need two major elements to build an interstate oil pipeline: Political will and millions of dollars. The political will comes from government entities, like the president, courts, and Congress (which fortunately just got a little less malleable to the whims of the fossil fuel industry). The money comes from banks.

Every time you give money to a bank, you are saying, “Here, hold this. Use it for whatever you like, as long as you are able to give it back to me when I ask for it.” We rarely question what they’re doing with it.

The divestment movement, which picked up steam around the proposed Keystone XL pipeline in 2014 (I feel so ancient) and then again when protests erupted over the Dakota Access Pipeline in 2016 (maybe I’m dead???), was based on the premise that people should care about how financial institutions are investing their money.

So you understand why you might choose not to give money to banks that subsidize fossil fuel investment. JP Morgan Chase is third on the list of largest global oil and gas infrastructure funders.

But you, FFF, understand how to game the credit card system by preventing Chase from turning a profit on your account, which is — as you said — by not running a balance. Andrew Kahr, a famous financial consultant, confirmed that credit card companies can only profit off of customers who can’t afford to pay off their balance every month, usually due to financial instability. (That’s kind of messed up!) So in a way, your responsible use of a Chase credit card is actually kind of a “gotcha!!!” to the bank’s investment arm.

But at the same time, Chase could theoretically point at your name on its roster of consumers and say, “This person supports our institution and our policies, because she’s our customer.” Do you want to be on that list? That’s what you have to ask yourself.

You know about a more ethical card option, clearly. You’ve signed up for one. But for any reader who hasn’t: Try banking and using credit cards from a local credit union. They tend to invest in local projects over, say, oil infrastructure in Brazil, and they’re also accountable to their members.

Local credit unions, of course, don’t tend to have any airline-mile hookups, so let’s tackle that question: My colleague Eric Holthaus believes that airline-mile incentive programs are tantamount to an environmental felony because they encourage you to engage in the most carbon-intensive personal behavior there is. (That’s flying.) I, too, once strongly supported the anti-flying position.

But now I have some more complicated personal feelings about it. I live in Seattle, and my family lives in Pittsburgh, which actually isn’t that different from traveling between St. Louis and France. So I relate to your dilemma. I’m extremely close with my family and I dream of living nearer to them, but my boyfriend and my work are in Seattle, so I’m here, too. Because of that, I fly home pretty frequently. It’s for sure the activity I do that has the highest carbon impact, but I’m not going to stop doing it, because I’m not willing to sacrifice time with my family.

Knowing that you can’t cut out flying entirely, there are strategies to employ to do so conscientiously: Limit your trips to the essential ones. Don’t fly first class or business class, if that’s something you do (I couldn’t afford it if I wanted to), because all that extra legroom means fewer people crammed into one space — and an increased carbon cost of your travel by as much as a factor of three!  Don’t take connecting flights, if possible. And buy carbon offsets — or even better, donate to local environmental groups that you know and trust each time you fly.

Buying offsets will increase the cost of flying, which is already expensive. But there’s no other efficient way to get to France from St. Louis. And I understand the temptation to save money where you can on flying when every trip home costs — I’m guessing — about a grand.

So now, here’s a question for you: Would having to pay the full price for that flight with zero airline-mile bennies help you better appreciate the carbon cost of that trip? You can think of it as a corollary to a gas tax, which is intended to get consumers to better understand the true cost of driving their car.

If you decide the answer to this is yes, then you’ve fully resolved your dilemma, and you can cut up your Chase card. (You should probably also cancel your account.) If you decide it’s no — well, I still recommend looking outside of Chase, and maybe signing up for a frequent flyer miles-for-miles program with one particular airline?

For me, personally, I’m working toward a life goal of having my work and the people I love the most in the same place. That way, I don’t have to create such environmental burdens to go see my family. That might not be attainable for many people, including possibly you, FFF. But if I can make it happen, it will be better for me and my carbon footprint.