In climate politics, she doesn’t see red or blue — only green 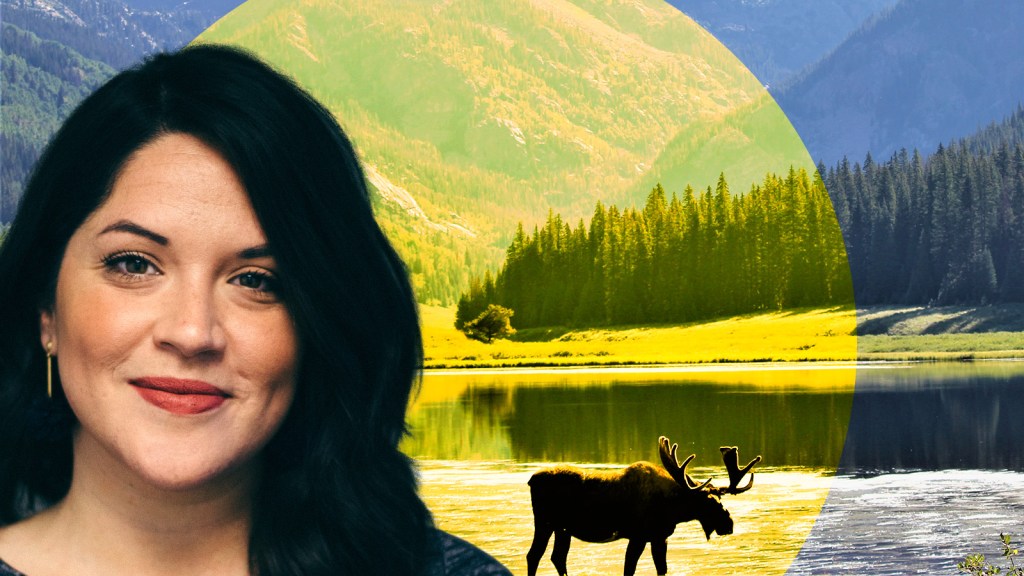 In climate politics, she doesn’t see red or blue — only green

Rialin Flores loves Idaho, and she does not fit the deeply white, deeply Republican, rancher stereotype. That’s the whole point. As a mixed-race Latina with a passion for the outdoors, the 2019 Grist 50 Fixer, who recently took the helm as executive director of Conservation Voters for Idaho, says that when it comes to protecting Idaho’s bountiful natural resources, identity is largely irrelevant. “We help elect folks across the political spectrum who represent the conservation values of their communities,” says Flores. “Our green spaces are literally places of common ground, and that helps bridge Idaho’s political divide.”

Flores champions programs that help ensure people of color and other marginalized groups are major players in the meetings and committees that shape policymaking. As Grist recently reported, Idaho is one of many states where Indigenous tribes are leading climate adaptation plans. Flores’s own childhood didn’t include much time in nature — and she wants others to have the opportunities she missed. “It always reminds me of how important it is to make outdoor spaces accessible to all,” she says.

Here, Flores talks about why much of Idaho is bullish on clean energy, how to include people of color in conversations around conservation, and how a brush with over-the-top 1980s ski fashion didn’t scare her away from soaring mountain peaks. Her remarks have been edited for clarity and length.

On gaining a new perspective (from the top of the world)

When I was younger, outdoor spaces didn’t always feel accessible to me. I grew up in Idaho, but I’d lived a little bit of everywhere as a child in a single-parent household. When I was in middle school, I remember not being able to afford the gear for a ski trip, so my mother borrowed gear from her boss at the restaurant where she worked. I wore ’80s patchwork ski wear while all my friends wore the newest stuff, and I definitely felt out of place. But it was also super empowering to be on top of a mountain, in a landscape new to me, and see the world in such a way.

Nature has the power to center us, which is important in a world in turmoil. Idaho is seeing an enormous surge in use of our open spaces — our parks and local trails and campgrounds and alpine lakes. We are lucky to have such incredible outdoor spaces. And I think that connection to our natural heritage and to these landscapes is deeply ingrained in the way that we protect public lands. It’s not about what’s left or right; it’s about what’s right or wrong when it comes to our natural resources.

On building conservation consensus across the political divide

Conservation policies are common-sense policies in Idaho, and in that way we’ve been able to build broad and diverse support for the issues we work on. We support local decisionmakers who care about conservation, which allows us to sidestep the deep political divide in D.C. We reach out to everyone, from older people in deeply conservative Grangeville, Idaho, to young environmentalists in Boise, and encourage them to have really hard but meaningful conversations. We also hold elected officials accountable for their promises.

People of color are traditionally left out of these conversations, and so we’ve been doing some work in the voting-rights space: registering folks to vote, providing voting resources in multiple languages, and working in partnership with grassroots groups, community leaders, and Idaho’s Latinx community to understand the power of civic engagement.

Building on that, we’re launching a new program this fall around leadership development in communities of color, so that we can help diversify the folks who sit on state boards and commissions and who make decisions on environmental policy, and hopefully bring in voices of the people most impacted by those decisions. At a time when equity and racial justice are part of the national conversation, this needs to include BIPOC who live in rural America and in red states like Idaho.