R.I.P. Monsanto. Our hates will go on. 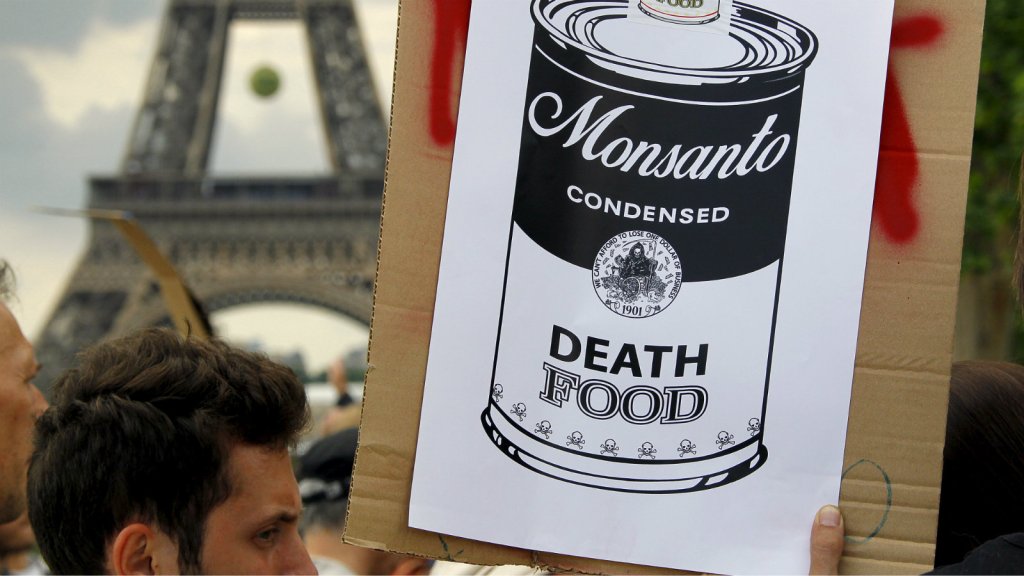 R.I.P. Monsanto. Our hates will go on.

Welp, this is the end of Monsanto.

Not the end of the seed company, mind you, but the end of its name. The scientists, marketers, and lawyers who work there will keep doing their jobs, they’ll just be employed by Bayer, the big German chemical and pharmaceuticals company that’s slowly swallowing Monsanto.

But we’re losing so much more than just a name. Without Monsanto, who will we blame for the death of bees, the unprofitability of small farms, and the insidious spread of mystery diseases which you probably don’t even realize you have? The natural answer is, of course, Bayer, but outrage is rarely transferable– it sticks to the brand.

Case in point: What’s the military contractor Blackwater called today? How about the tobacco corporation formerly known as Phillip Morris? What became of IG Farben, the company that produced Zyklon-B for use in concentration camps? (Answers at bottom.)*

The name Monsanto itself was a valuable tool for activists who could wield it as a boogeyman to rally people without much knowledge of an issue. Groups like the March Against Monsanto depend on the brand. “Will they still march if there’s no Monsanto?” asked Dan Charles, the guy who wrote the book on the company. March Against Bayer just doesn’t have the same ring to it.

Bayer made the deal to buy Monsanto back in 2016, and it’s been jumping through various regulatory hoops since. The deal was among a series of mergers in agribusiness brought on by low food prices and declining profits.

Monsanto was the leader in commercializing genetically modified crops, and today the name is synonymous with GMOs engineered for large-scale agriculture. Before it sold off the chemical business to be a fulltime gene-jockey, the company also created glyphosate, the controversial and most widely used herbicide in the world, though many companies started manufacturing it after the patent expired. Monsanto has done some bad things through its history, developing some nasty chemicals and recently releasing a soybean that encouraged farmers to screw over their neighbors. But it’s also routinely blamed for problems it has nothing to do with.

Monsanto has been the whipping boy for a strange coalition that runs the left-right gamut from anti-corporate greens to fans of the conspiracy theorist Alex Jones. It was the go-to if you had a problem and needed someone or something to blame it, a point the writer Cirocco Dunlap captured in a satire of new-agey faddism when asking why more people weren’t curing sick children with coconut oil: “It was so nice and so easy; I’m confused why people don’t do this more often. Probably because of Monsanto.”

It’s probably a good thing we won’t have Monsanto to kick around anymore. Much of the animus against Monsanto stems from a sense that corporations are changing food and farming in ways that we don’t understand. The thing is, those corporations have taken the lead in innovation because our government hasn’t been all that interested in funding public-sector research in agriculture. Funding research on destructo swarmbots to slaughter our enemies? That’s a no-brainer. Funding to feed people and keep them from becoming our enemies in the first place? Well, that’s where we tend to tighten the belt.

Perhaps now, instead of searching for an easy villain, we might consider searching for the root causes of our problems and fixing them.

*Philip Morris is now Altria. Blackwater became Xe. IG Farben was broken up after World War II into other companies which have since become parts of five others: Agfa, BASF, Celanese, Sanofi, and … Bayer.