One of the biggest climate threats is the most familiar: Rain 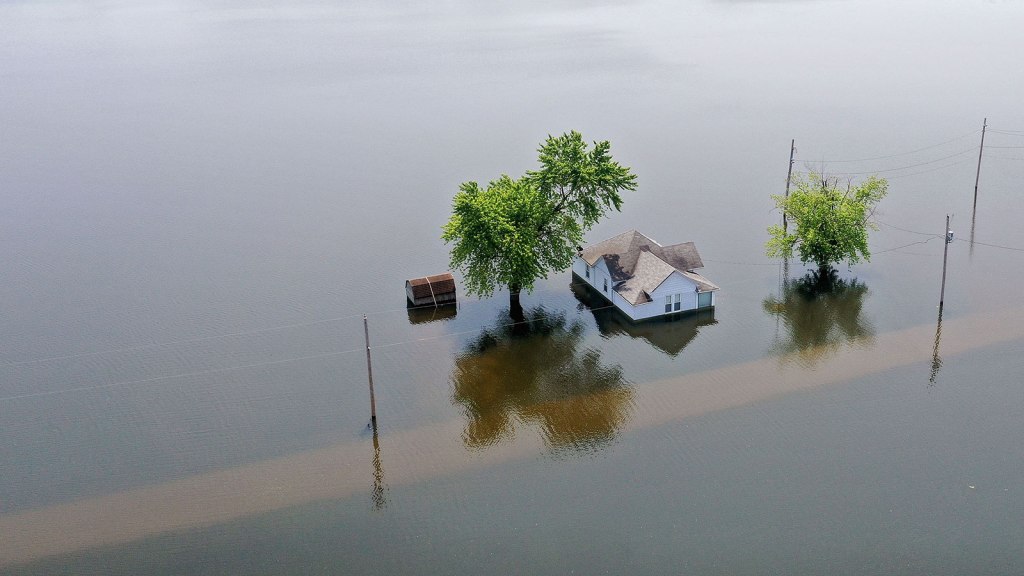 One of the biggest climate threats is the most familiar: Rain

At least it wasn’t another Katrina.

That’s the silver lining many people seemed to cling to in the wake of Hurricane Barry (quickly downgraded to Tropical Storm Barry), which made landfall in Louisiana on Saturday. The storm had modest wind speeds — 74 miles per hour compared to Katrina’s 174 — but still delivered torrential rain, overtopping levees in several counties as it continued to crawl over parts of Mississippi, Arkansas, Missouri, and Tennessee at a lazy 9 miles per hour.

Though the big, soggy storm underperformed according to most forecasts and moved slower than your average bicyclist, government officials continued to urge residents to be cautious. When we talk about extreme weather — something the vast majority of experts say we should expect more of in the coming years — most people assume the greatest danger will be in the form of something new: record-breaking hurricane winds, off-the-charts heat waves, or regionally shifting conditions. But as Barry proved, one of the most insidious effects of climate change might be something with which most places are already somewhat familiar: rain.

The last 12 months have been the wettest in U.S. history. Spring flooding drowned huge swaths of the Midwest this year, wrecking communities and essentially turning farms into inland seas. Floodwaters overwhelmed levees in the nation’s heartland, drenching towns and causing billions of dollars in infrastructure and crop damage. During May, a stormy pattern boosted the national monthly precipitation average to the second-highest level on record, according to the National Oceanic and Atmospheric Administration. The seemingly endless rain proved to be a chaotic maelstrom for farmers: Farmers were able to plant only 58 percent of the corn crop (compared to 90 percent at the same time last year), and soy planting this May was forced behind schedule by over 30 percent.

Heavy rainfall can be just as damaging to crops and cities as drought and extreme heat, and the U.S is slated to experiencing more of both. This June, for example, a slow-moving storm unloaded more than a month’s worth of rain across parts of the Southeast while the usually chilly Bay Area (as Mark Twain reportedly said, “The coldest winter I ever spent was a summer in San Francisco”) hit an unheard of seasonal high of 100 degrees F.

In many regions with high precipitation, scientists predict we’ll continue to see more extreme rainfall. As NOAA stated in a 2018 report, “Annual flood records are expected to be broken again next year and for years and decades to come.”

More than 70 percent of the planet’s surface is water, and as the world warms, more water evaporates from oceans, lakes, and soils. As average temperatures rise, air acts like a sponge that can hold on to more moisture. For every 1 degree Celsius (or 1.8 degrees Fahrenheit) of warming, the air can hold 7 percent more water. That moisture then falls as extreme rain. Additionally, climate change makes storms migrate at a lazier pace, enabling them to drop far more rain on a given region, leading to an increased risk of devastating floods. In these ways, climate change forms an ideal brew for perfect thunderstorms.

Take Hurricane Harvey, for example. When the storm approached the Texas coast almost two years ago, it was clear it would be one for the ages. It dumped more than 30 inches of rain on 6.9 million people, while 1.25 million experienced over 45 inches and 11,000 had over 50 inches. The result was catastrophic flooding in the city and surrounding area that caused an estimated $128 billion in damage and killed 89 people. Four attribution studies have found that human-caused global warming likely made Harvey’s rains heavier.

“Harvey was the most significant rainfall event in United States history in scope and rainfall totals since rainfall records began during the 1880s,” U.S. Geological Survey scientists wrote in a study last year.

In more recent memory, Hurricane Florence lingered like an unwanted house guest after it plowed into North Carolina as a Category 4 beast last year. It unleashed a record-setting average of 17.5 inches of rain over an area of 14,000 square miles. At least 53 direct or indirect deaths were blamed on the storm. According to a first-of-its-kind experimental “pre-attribution” study done as the storm was approaching landfall, climate change made Florence’s most intense rains over North Carolina more than 50 percent greater in magnitude than they would have been otherwise.

In addition to passing legislation to reduce emissions, cities can invest in infrastructure to avert future weather-related disasters. After Hurricane Katrina, New Orleans beefed up its levees and floodwalls. New York City awarded funding to a massive flood wall along the southern end of Manhattan. Other flood-prone metros are, essentially, making room for excess water: Chicago has built more than 100 “Green Alleys” — permeable pavement that allows stormwater to filter through and drain into the ground. After Hurricane Sandy, Hoboken, New Jersey, rebuilt with future storms in mind — replacing concrete with spongy surfaces and installing a 200,000-gallon stormwater tank under one of the city’s big parks.

People can also take individual precautions when it’s really coming down outside. “Heavy rainfall forecasts should be taken seriously,” said Dr. David Novak of NOAA’s Weather Prediction Center in a 2018 interview. He recommends being aware of your flood risks, like living in a low-lying area. Knowing your evacuation routes and heeding official warnings are key to staying safe. “Most flood-related deaths occur in vehicles,” he said. “It only takes one foot of water to sweep your vehicle away.”