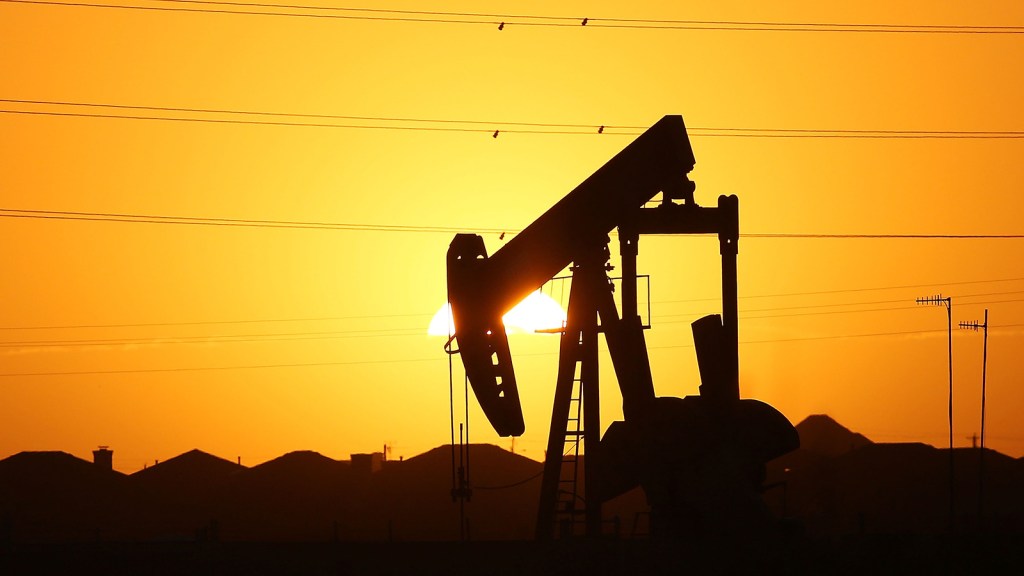 When the EPA and the Department of Interior announced plans to scrap Obama-era regulations to curb methane leaks last year, they were transparent about their rationale — they wanted to help the oil and gas industry. The EPA estimated that its revised regulation for new wells would save companies $380 million every year. The Department of Interior touted that its updated rule would “reduce unnecessary burdens on the private sector.”

Now at least one member of the Big Oil club is balking at the Trump administration’s efforts.

At a conference in Houston earlier this week, Gretchen Watkins, president of Shell’s U.S. division, told Reuters that methane leaks are “a big part of the climate problem” and that she wants the EPA to establish more aggressive regulations that plug leaks. Methane, the primary component in natural gas, packs more than 80 times the warming power of carbon dioxide. (And leaks mean Shell “has less product to sell,” Watkins wrote in a LinkedIn post).

“We don’t usually tell governments how to do their job,” Watkins reportedly said, “but we’re ready to break with that and say, ‘Actually, we want to tell you how to do your job.’”

Watkins’ comments reflect shifting attitudes in the oil and gas industry. Shell, for instance, has fracking and refining operations in more than 70 countries. But Shell wants to invest up to $2 billion in “New Energies”, and it announced plans to become the world’s biggest power company by 2030 as part of a move, away from its core oil and gas business. An executive at ExxonMobil also said this week that methane regulation has “an important role to play” in “helping industry as a whole rise to the challenge” of producing energy while minimizing the effect on the planet.

“The big oil and gas companies see the writing on the wall in terms of climate change,” said Lauren Pagel, interim executive director at the environmental nonprofit Earthworks. “They spent so many years denying climate change is happening, denying that they caused climate change, they spent a lot of years in denial, and this is their new tactic — that they can be part of the solution.”

Methane leaks from well sites and pipelines undermine the industry’s argument that natural gas can help the country shift to a cleaner economy. A recent study estimated that 13 million metric tons of natural gas — enough to fuel 10 million homes — is lost through leaks each year. That’s roughly 2 percent of all natural gas produced in the country.

Leaking natural gas also poses numerous health risks. It contains benzene and a slew of other hazardous pollutants and volatile organic compounds, which have been linked to increased cancer risk and respiratory illnesses. An Earthworks report found that some 750,000 asthma attacks in children are attributable to smog from oil and gas pollution nationally. It estimated that 12.6 million people live within a half mile of an oil and gas facility.

Pagel said that as long as oil and gas companies are in business, strict regulations, such as those to decrease methane emissions, are required to protect public health and the environment.