Should I trade in my grocery trips for a meal kit subscription? 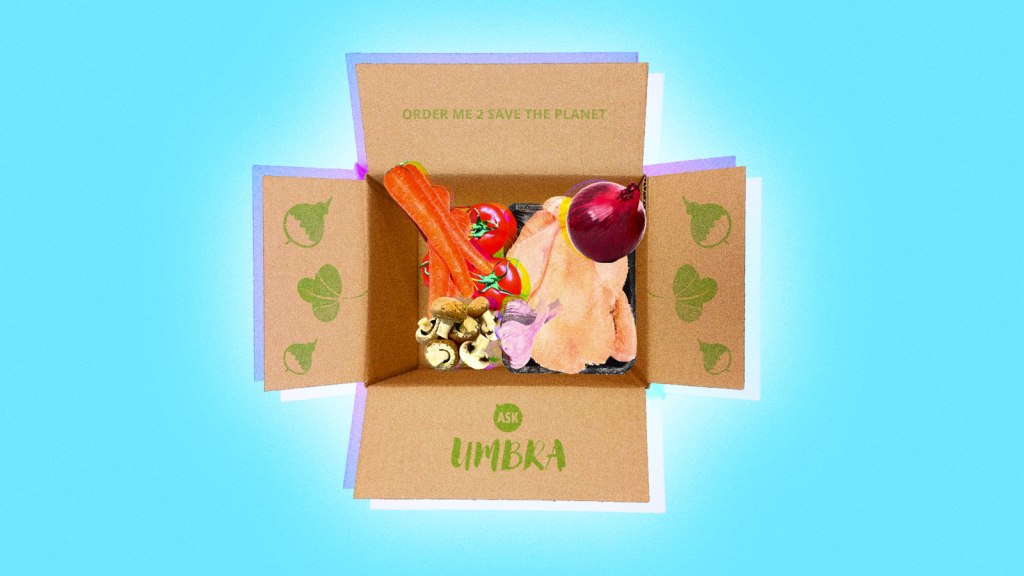 Should I trade in my grocery trips for a meal kit subscription?

I just saw a study about how home-delivered meal kits have a smaller carbon footprint than grocery shopping. Does that mean I should ditch my local supermarket for a full-time meal subscription?

When I saw last week’s headlines about that same study from the University of Michigan’s Center for Sustainable Systems, I also had some questions. How could it be true that a small set of ingredients individually packaged and shipped to your house from who-knows-where have a smaller carbon impact than a regular grocery trip? The answer has to do with the comparison: It’s not so much that meal kits are great, but that the traditional processes of grocery shopping and food-making at home are so flawed, they make meal kits look great. Or at least, good. But that doesn’t necessarily make them green.

The entire premise of this comparison hinges on a narrow definition of “normal” behavior on the part of both grocery stores and shoppers. One of the authors’ main focuses was food loss and waste — the former being when grocery stores throw away uneaten stock, and the latter when the consumer does. “What surprised me the most about our study results were the amount of environmental impacts tied up in the grocery store retailing process, including the environmental impacts stemming from overstocking and the culling of visually unappealing produce,” Brent Heard, the lead author of the study, wrote to me in an email.

Food waste is a byproduct of grocery buying psychology: American supermarkets of today are designed to inspire wonder and awe and a sense of endless bounty — which is inherently inefficient. Shopping is an experience, particularly in more upscale stores — from the warm lighting and artfully stacked displays of citrus fruits to the seemingly endless aisle of cereal varieties. Everything on display is supposed to be enticing.

The requirement that store shelves appear full rather than actually matching customer demand results in a fair amount of waste. (And that waste also carries over to your household by appealing to your desire for impulse purchases, like that special deal on dragon fruit.)

In contrast, meal kits are designed to be efficient. The study estimates only about 10 percent of food is wasted on the retail side of meal kits. One business sources the ingredients, packages them, plans what you’re going to do with them, sends them to you in perfectly sized portions, and then (ostensibly) you cook and eat everything that’s sent to you. And because that’s all controlled with one single business, the business can streamline its supply chain all the way down to the delivery to minimize waste. The incentive to do that, of course, is minimal waste = maximal profit. And as a bonus of all this streamlining, the carbon footprint of a meal kit is relatively easy to model (despite the excessive packaging problem).

But before you ditch your local market for a Glue Bapron subscription, consider that not all grocery stores or meal delivery companies function in the same way. Average retail or consumer behavior does not mean optimal behavior! And even better than average (which is how the study authors assessed the carbon footprint of the meal kit) isn’t necessarily great either!

There are a lot of things that retailers can do to improve their food waste problem. The most obvious — and efficient! — option is to participate in food rescue programs, where stores donate unexpired food that, for whatever reason, no longer meets display standards to food banks or other charities. Stores can also send food waste to compost facilities as opposed to landfills, where organic decomposition releases carbon and other greenhouse gases into the atmosphere. Heard additionally suggests that stores should innovate their entire stocking systems to focus more on consumer demand than the promise of choice for choice’s sake.

The model used in the Center for Sustainable Systems study also assumes that unused grocery store food is going to the landfill — because that’s considered the norm. But there is significant variation in grocery stores across the United States — think of your local Kroger compared to your local co-op — which makes supermarket behavior a lot harder to model. If your regular store takes the kinds of measures to limit food waste described above, for example, then your grocery-store-sourced meal already deviates from the expectation.

(In the name of systemic over individual change, it’s worth noting that more supermarkets could be incentivized to change. You can throw around your weight as a consumer by only patronizing stores that have food waste rescue policies, if those are an option in your area. For extra heft, you can campaign for local legislation like California’s SB1383, which forces major reductions in organic waste.)

Now, let’s tackle what happens to the food when you get home. Before we start ragging on everyone who throws away food, there are so many cultural factors that could come into play here: long and unpredictable work schedules that don’t allow time to make meals, a preference for spontaneity in a week’s plans (not a bad thing!), and the not-always-realistic expectation that you should keep lots of healthy food and produce stocked at home for all the wholesome meals you’re totally going to cook … someday.

Truly efficient grocery shopping and home cooking takes a little bit of time and effort, explains food waste expert and consultant Dana Gunders, and people simply aren’t doing as much of that these days. “The trend now is certainly that we’re not thinking as far in advance when it comes to food, and they’re not necessarily setting aside a lot of time for shopping or cooking,” she says.

But throwing away a fifth of the food in your house is not your preordained destiny. You can grocery shop with the mantra “know thyself,” for starters: If you know you’re not going to cook five meals from scratch every week, don’t shop as if you would!

Gunders, for example, recommends planning for “lazy nights” with takeout or leftovers, to avoid overconfident grocery shopping. A full-to-the-brim fridge isn’t actually a good thing, especially if you live alone. Because unless you’re my ravenous yak of a boyfriend, how could you eat everything in it before it goes bad? And if, despite your best efforts, you end up with a lot of on-the-verge groceries at the end of the week, give them to friends. Or a Buy Nothing group. Or do home composting!

The point is that if you do any of these things — or if your grocery store commits to any food waste-saving practices — you’re deviating from the study’s expectation that makes meal kits comparably carbon-efficient.

“If you’re buying food at the supermarket and you’re using most of it or more than the U.S. Department of Agriculture thinks you’re using, or if you are participating in a food scraps system or bringing leftovers to work, or if the supermarket you patronize is donating their leftover food — then this analysis doesn’t mean anything,” says Elizabeth Balkan, Food Waste Director with the Natural Resources Defense Council. “You’ve basically proven this study wrong. You are more efficient than the reference case that this study uses, which is admittedly a very wasteful one.”

So back to your original question: Fundamentally, you’re asking me if you should change your behavior based on this study. That’s circular logic, because this study is essentially measuring an expectation of behavior, not making a recommendation for it. My message to you, to add to Balkan’s point, is that you don’t have to be the “norm.” If you’re using this study to convert from grocery shopping to meal kits without trying to improve your grocery shopping behavior — or committing to stores that improve theirs! — then you’re just giving our wasteful system a free pass.

To paraphrase Natasha Bedingfield, the future is not pre-packaged. And a single-serving cod filet doesn’t have to save you from your worst habits.