The Shell standoff in Portland comes to a dramatic end 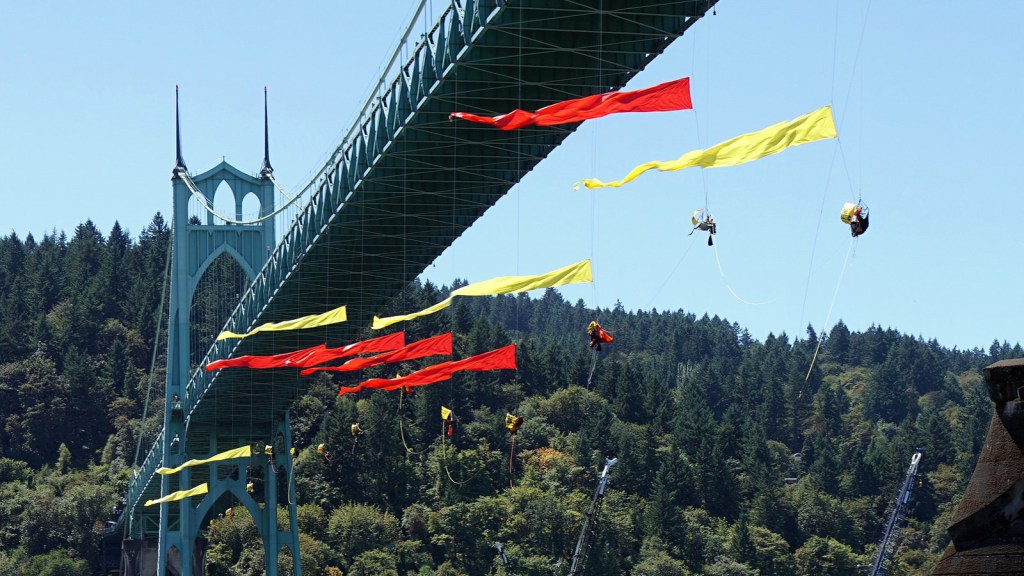 The Shell standoff in Portland comes to a dramatic end

The Fennica has left the building.

Forty hours after Portland activists took to the Willamette River to block passage of the MSV Fennica, a Shell icebreaking vessel en route to the Arctic, the standoff came to an end.

Thursday afternoon, several hours after protesters successfully forced the Fennica to turn around, a judge — after urging from Shell — ordered activists to abandon their posts blocking the Fennica’s route out of Portland and threatened Greenpeace with fines from $2,500 to $10,000 per hour. The activists — some parked in kayaks on the Willamette, others hanging from slings on the St. Johns Bridge — refused, and local authorities and the Coast Guard eventually forced them from their posts, making way for the vessel.

The scene was dramatic. From The Oregonian:

The first two protesters came down on their own but the third wouldn’t communicate. Firefighters connected two rope lines to his lines, removed his anchor and lowered him on their attached lines to a boat.

Their work opened a gap just wide enough for the Fennica’s safe passage.

The Fennica may have left, but activists claimed symbolic victory. In a statement, Greenpeace USA Executive Director Annie Leonard said:

The last two days have been a very emotional experience for all of us at Greenpeace, as well as all those who supported this action around the country and the world. Between the kayativists, the streamers, and the blue sky we have seen something new emerge, a sign that we can stand up to one of the most powerful companies in the world if we work together.

In response, the Fennica honked a few times, yelled, “Put a bird on it, motherfuckers!,” and headed north.