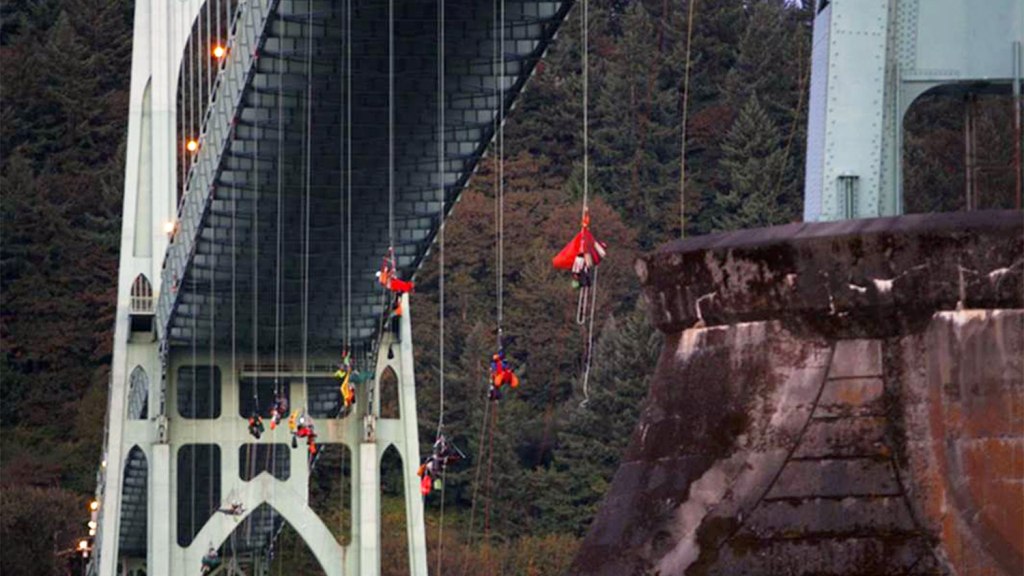 Greenpeace
Keeping up with the kayaktivists

Before sunrise Wednesday morning, Portland kayaktivists and rapellers took to the Willamette River to block the MSV Fennica, a Shell icebreaking vessel that’s been docked in Portland for repairs. The Fennica had planned to ship out today, bound for the Arctic; Shell can’t begin its Arctic drilling until the icebreaker arrives.

Over 50 activists gathered in the water in kayaks and a dozen more rappelled from the St. Johns bridge to block the vessel. Since Fennica hasn’t actually left the port, no word yet on how long the fleece-clad spiders plan on hanging from the bridge, but Greenpeace organizer Mary Nicol told the Portland Mercury they have enough food to last for several days.