The U.K. is tropically hot right now. 6 maps show why. 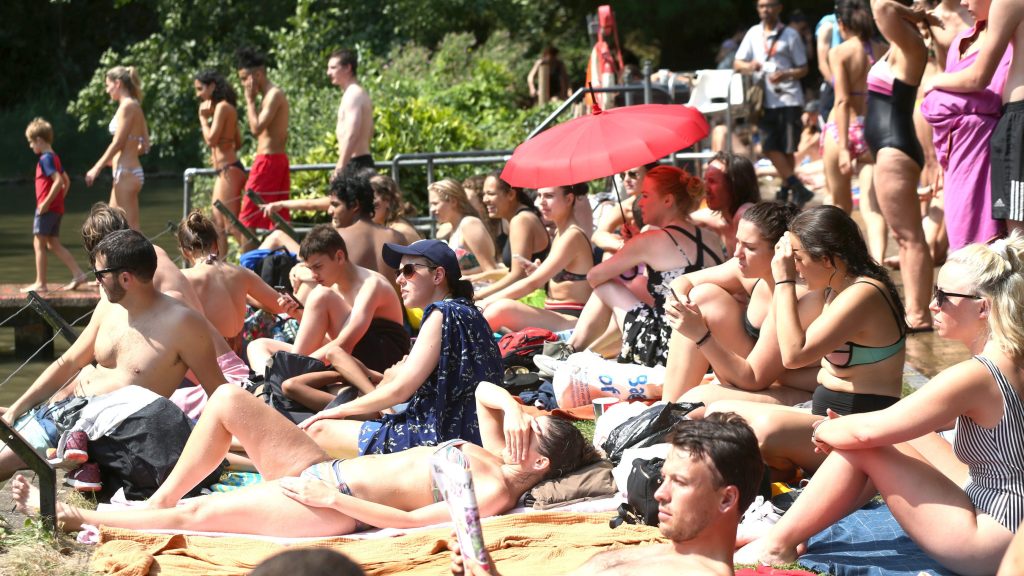 The U.K. is tropically hot right now. 6 maps show why.

A dangerous heatwave is sweeping across Britain.

The temperature reached 95 degrees at London’s Heathrow Airport on Thursday, making it the hottest day so far this year. Friday is forecasted to be even hotter, and could be the hottest day in the island’s history.

This year’s heatwave began weeks ago, back in June, exacerbated by an absence of rainfall that has turned the countryside so brown it’s visible from space. It’s part of a worldwide rash of fires, floods, and other extreme weather in recent weeks that is putting climate change front and center.

On its current pace, this will be the hottest summer in British history. Across the U.K., where air conditioning is rare, hospital emergency rooms have seen record numbers of patients this week, and public health officials warned people to stay inside. Authorities in London banned the use of barbecue grills after an explosion in the number of large grass fires. Network Rail has slowed and canceled some trains to keep tracks from buckling under the heat.

Earlier this summer, the roof of a science museum in Glasgow actually melted during one particularly hot day.

This isn’t normal weather, although it’s happening with increasing frequency. This week marks one of only a handful of times in more than 350 years of recordkeeping that temperatures in England have climbed above 95 degrees Fahrenheit (35 degrees Celsius).

This is a problem that’s only going to get worse. Within 20 or 30 years, if the world continues to ignore the problem of climate change, heatwaves like this week’s could happen nearly every year in the U.K., tripling heat-related deaths.

Summertime temperatures have sharply risen on every corner of the planet in recent decades, so what were once one-off excursions of dangerous temperatures a century ago are now nearly indistinguishable from the background influence of soaring levels of greenhouse gases.

That’s easy to see in the maps below. Decades ago, the bright red splotches of European heatwaves were starkly noticeable against the blue background of the rest of the planet. Lately, it’s hard to see where one heatwave ends and another one begins.

Peak daily temperature during past unusually hot summers in the U.K.:

36.7°C/98°F — an especially severe drought brought a long stretch of cloud-free skies to England, on par with the Nevada desert