The world is hot, on fire, and flooding. Climate change is here. 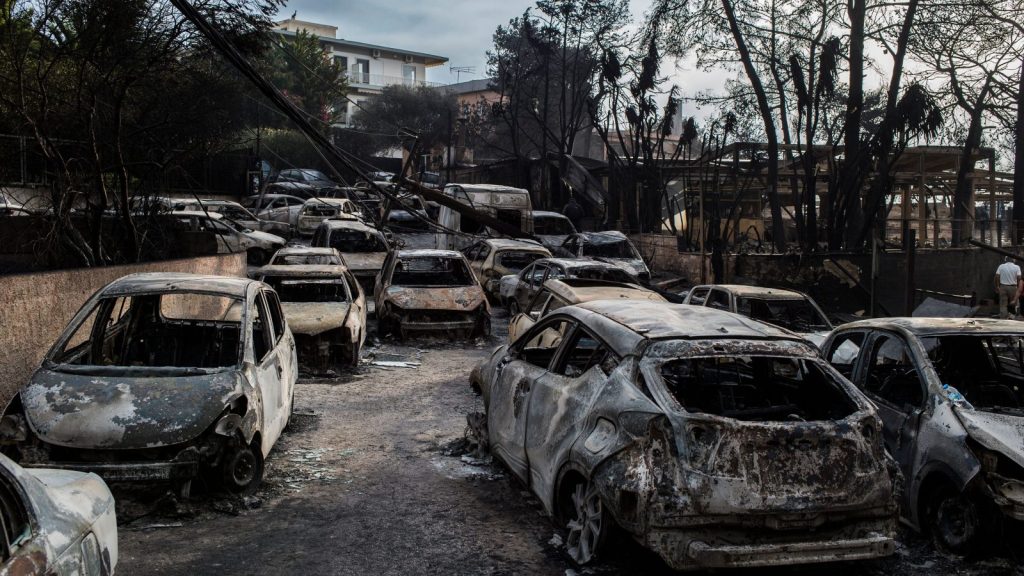 The world is hot, on fire, and flooding. Climate change is here.

The worst ravages of climate change are on display around the world.

Wildfires have ripped through towns in Greece, floods have submerged parts of Laos, and heat waves have overwhelmed Japan. These are striking examples of climate change playing out in its deadliest forms, and they’re making  the term “natural disaster” an outdated concept.

People in Greece were jumping into the Aegean to escape advancing wildfires, according to a report in the New York Times. More than 70 are confirmed dead so far, and some scenes are horrific.

“Greece is going through an unspeakable tragedy,” said Prime Minister Alexis Tsipras, in a televised address to declare three days of national mourning.

This is already Greece’s hottest year on record. Although the last few weeks have been mild and wet, it’s nearly certain that warm weather has played a role in drying out forests throughout Europe, where the number of fires this year is 43 percent above normal. Longer summers, more intense drought, and higher temperatures are all linked to greater fire risk.

We’ve known enough about meteorology to link extreme events to their increased likelihood as they are happening for years now. Recent advances in extreme weather attribution can often tell us exactly how much.

Ample evidence links worsening fires with human activity. Greece and much of the Mediterranean region is projected to turn into desert over the next several decades, and there are signs that this shift has already begun. As the region’s native trees die off and urban areas expand into neglected forests, firefighting resources are becoming woefully overmatched. Regardless of ignition source — arson or lightning or human carelessness — massive wildfires will become more common as droughts intensify and heat waves get more common. Extreme winds, like those blamed for fanning the flames this week in Greece and during megafires in Portugal last year, can make an already dire situation uncontrollable.

It’s the hottest month of one of the hottest years in the history of human civilization, and unusual wildfires are sprouting up all over the map. Sweden has called for emergency assistance from the rest of the European Union to help battle massive wildfires burning north of the Arctic Circle. Across the western United States, 50 major wildfires are burning in parts of 14 states, fueled by severe drought. The wildfires burning in Siberia earlier this month sent smoke plumes from across the Arctic all the way to New England, four thousand miles away. Last year, big wildfires burned in Greenland for the first time in recorded history.

And then there are the rains. In Laos, after days of downpours, a hydropower dam that was under construction collapsed on Tuesday. Hundreds of people have been reported missing. Higher global temperatures increase the evaporation rate, putting more water vapor in the atmosphere and making extreme downpours more common.

In recent weeks, high temperature records have been set on nearly every continent. On Monday, Japan had its hottest temperature in recorded history — 106 degrees Fahrenheit — just days after one of the worst flooding disasters the country has ever seen.

Even in normally temperate places the air has been sweltering: Temperatures approaching 100 degrees Fahrenheit hit parts of Canada, overwhelming hospitals in Montreal — where another heat wave is imminent this week.

According to calculations from climate scientist Gavin Schmidt, this year will likely be the world’s fourth warmest year on record globally, behind 2015, 2016, and 2017. With another El Niño on the way, next year could be even hotter.

All over the world, heatwaves are getting longer and more intense, the most well-documented and deadliest consequence of our failure to cut greenhouse gas emissions.