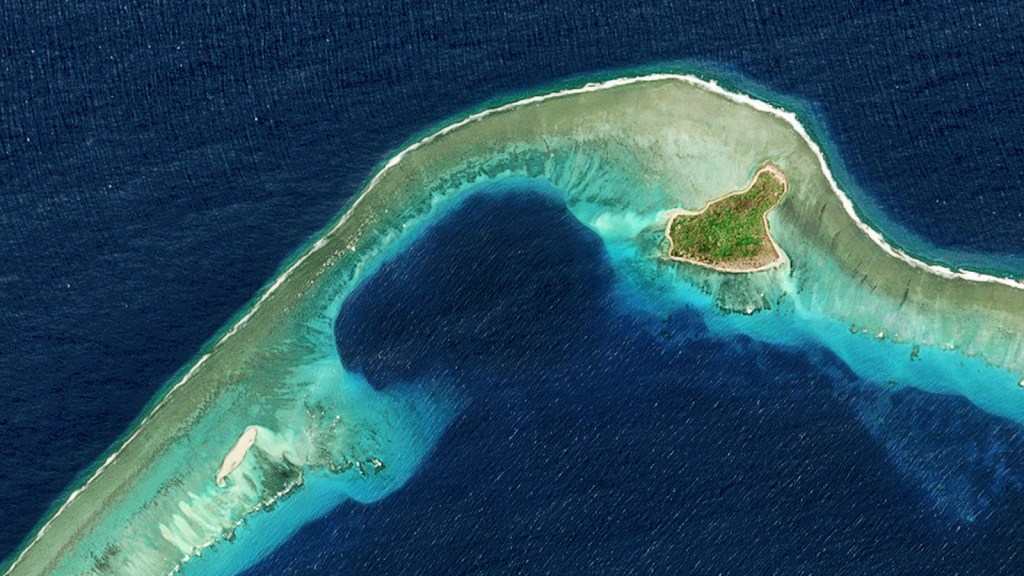 Anderson Jibas, the mayor of Bikini Atoll, has for years wanted to assert his nation’s financial independence from the United States. And late last year, he found an unlikely ally in his battle: the Trump administration.

At the end of last year, the Department of the Interior released $59 million to the Bikini government to spend on whatever it wants, whenever it wants. The decision ended almost three decades of what Jibas has branded a colonialist system.

Bikini Atoll is part of the Marshall Islands, a widespread chain of more than 1,000 islands. In 1946, the U.S. evacuated its 167 residents and spent the next 12 years testing nuclear bombs in the area. To this day, Bikini is uninhabitable, and its natives’ descendants remain in exile — mainly on the previously uninhabited Kili and Ejit islands, roughly 500 miles to the southeast.

Today, Kili and Ejit, as well as the entire Marshall Islands, face a grave threat from sea-level rise spurred by climate change. In fact, a new report funded by the U.S. military, which appeared in the journal Science Advances, argues that previous estimates of many tropical atolls being uninhabitable by the 22nd century were too conservative. The recent research suggests that rather than the sea swallowing these islands, titanic waves crashing over them will ruin freshwater supplies for residents closer to 2050.

The U.S. set up a trust fund to help the Bikinians settle on these unfamiliar islands, doling out a yearly allowance to local officials. The Bikini Resettlement Trust Fund, as it is known, has become the subject of an acrimonious battle and ideological debate over the future of Bikini. For the Kili-Bikini-Ejit (KBE) government, Interior’s decision to hand over control of the fund represents a move towards self-determination. It sees control over the funds as crucial to being able to fortify Kili and Ejit from climate change-related hazards. But others — including Lisa Murkowski, the Republican Senator from Alaska, which also faces threats due to a warming world — wonder if the U.S. has essentially washed its hands of the islanders, leaving atoll officials to face the future without any support.

In December 2017, Murkowski introduced legislation to re-establish U.S. oversight of the Bikini trust fund. In February, the Senate Energy and Natural Resources Committee held a hearing to discuss the bill.

“We need the opportunity to move ahead and not just sit back and get slapped in the face with old colonialist and paternalistic systems that demean our honor and our integrity and treat us like children who do not know what they are doing,” Mayor Jibas said during his testimony.

According to his government, its limited annual budgets are almost depleted by funding food, fuel, housing, and education on Kili Island, leaving little for climate mitigation. With the newly released money, the council is making plans to place riprap along most of the seashore, plant vegetation that will prevent sea water from pouring inland, replace the current housing stock with buildings three to four feet above ground, and install solar-powered pumps to redirect rising water.

If all this fails, the spectre of another relocation looms, and Bikinians will likely require a bail out from the world’s richer nations.

Jack Niedenthal is skeptical of the council’s sudden windfall. An American citizen who lives on the islands and managed the Resettlement Trust Fund for 30 years, he — like Murkowski — believes the U.S. is simply abdicating its responsibility to the islanders.

“Think about it: Here’s this embarrassing event that’s been a thorn in your side for decades; and now, in a congressional hearing, you have a Bikinian saying ‘We’re never coming back to the U.S. again for anything,’” Niedenthal says. “If I’m the U.S., I’m doing cartwheels.”

Gordon Benjamin, the Marshallese lawyer representing the Bikini government in its negotiations with Interior, says he’s pleased at the faith Department officials are placing in the council. “I don’t like Trump, I’ll say that right now,” he explains, before noting that the move is “very Republican: Basically, they love to see communities taking charge of themselves.”

The decision to hand the KBE government control over the nearly $60 million fund is a substantial change to an arrangement where Interior would essentially set a yearly allowance for the council, which would then decide how to spend these funds. Interior officials would occasionally inquire about proposed expenditures, but they largely approved whatever the islanders wanted.

But on August 2017, the KBE government passed a motion rejecting U.S. oversight of the fund. The trust was not supposed to last forever, it argued, and the current annual allowance was too meager to allow the islanders to make long-term investments. To the Bikini council’s surprise, the U.S. didn’t push back. In a letter sent this past November, Doug Domenech, assistant secretary for insular areas at Interior, told Jibas that the department would no longer ration the fund.

Lisa Murkowski, the U.S. senator from Alaska who has a history of standing against the Trump administration, argues the decision runs counter to a U.S vow made in 1946, which stated that, “No matter where the Bikinian people found themselves, even if they were adrift on a raft at sea or on a sandbar, they would be taken care of as if they were American’s children.” She has suggested that Interior is abandoning its responsibility to the people of Bikini.

The move represents an awkward deviation from her usual ideology, as she herself acknowledged during February’s hearing. “I need you all to know that I am very sensitive to the notion that Washington, D.C., should not dictate local government decisions,” she said. “Alaskans have dealt with that mentality since we were a territory.”

But Murkowski has always had a reputation as an independent-minded politician — she won her 2010 Senate election as a write-in candidate — and has a history of engaging closely with issues relating to the Marshall Islands. She visited the country in person in April, meeting with ministers and chiefs. As an Alaskan, she also sees common ground with the Marshallese. Amchitka Island, part of the Aleutian Island chain in western Alaska, was the site of three underground nuclear detonations between 1965 and 1971. She found that, there too, residents weren’t given the continuous support they needed to recover in the aftermath of the bombing.

But this debate could all be moot if Murkowski’s bill dies before it reaches the Senate, as Jack Niedenthal thinks it might. Recalling the hearing in February, he says that there was only one senator left in the room by the time the Bikinians had finished testifying.

As the legislation languishes in Congress, the KBE government is making big plans for its newfound millions. In addition to its climate-adaptation plans, it intends to lease an airplane, revive its diving industry, and develop an informational tour around the atoll, which UNESCO listed as a World Heritage site in 2010.

“These are things we wanted to explore,” Benjamin says. “And we couldn’t do that with $2.5 million a year.”

Niedenthal, however, is unconvinced of the council’s claims it will put significant amounts of the added money toward climate change. He fears the islanders could be left destitute, without money to run their power plant, make housing repairs, pay for health insurance, fund scholarships, or even hold council meetings. And, once the Trump administration is out of office, it could be a challenge to hold the U.S. accountable, even as the descendants of the people it once bombed sink into poverty.

“If they had put together a proposal, for example, and said, ‘Look, we need extra money out of the trust fund to spend on these walls,’ I think [Interior] would have said yes, if it was specifically going to be spent on climate change activities,” he explains. “I think what’s happening now is you use whatever excuses, and it’s just spending money.

“They can talk about investments,” Niedenthal adds. “But I don’t see any investing yet.”