This former oil driller taps into the Earth’s clean energy 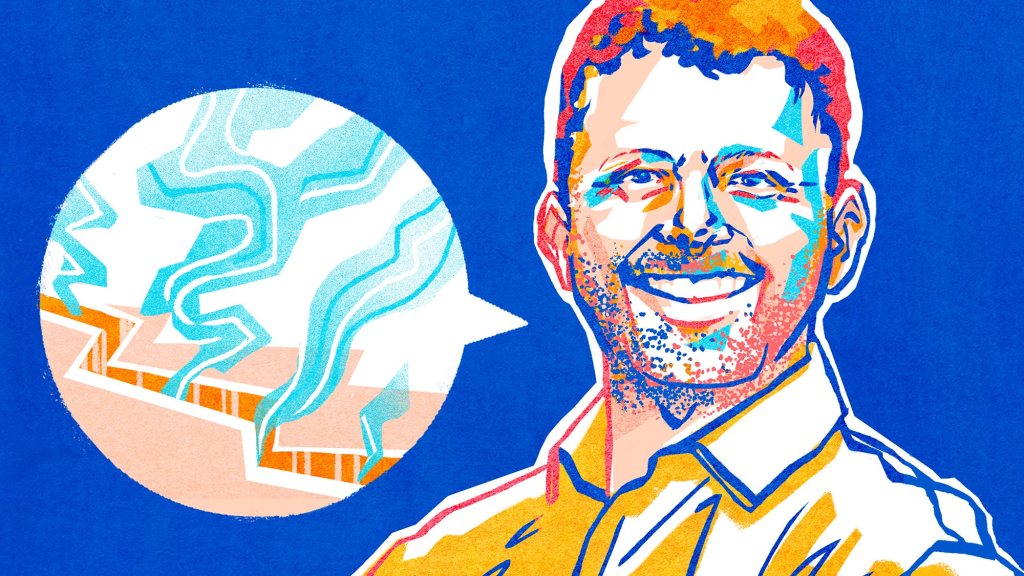 Jennifer Luxton
The Grist 50, in depth

This former oil driller taps into the Earth’s clean energy

These days, we all could use a little good news — so we’re presenting a few of this year’s Grist 50 Fixers, in depth. For a quick dose of hope and optimism, meet 2020 Fixer Tim Latimer.

There’s power locked inside our planet: heat that could be tapped to provide a rock-solid source of renewable electricity. By borrowing tools and know-how from the dirty business of oil and gas extraction, Tim Latimer’s San Francisco startup, Fervo Energy, hopes to use that heat to create a far cleaner energy future.

Latimer was recently named to the 2020 Grist 50, an annual list of emerging climate and justice leaders. We asked him about his plans to tap this inexhaustible energy source. His answers have been edited and condensed for clarity.

Q.You started on the dark side. Why did you make the switch?

A.I studied mechanical engineering, and then in 2011 took a job as a drilling engineer, supervising rigs based out of Houston. But I had a nagging feeling. I was getting more passionate about climate change, and I didn’t want to spend my career trying to get more oil out of the ground. I got really interested in clean energy, in particular geothermal.

Geothermal power plants can produce a large amount of clean energy for, decades. But some of the technology that’s now commonplace in modern oil and gas hasn’t made its way to geothermal yet. I saw an opportunity in closing that technology gap.

Q.How does geothermal even work? Don’t you need, like, volcanoes?

A.With traditional geothermal, you drill vertical wells into geological hot spots. Think of places like Iceland, with volcanoes and geysers, areas with a lot of energy very close to the surface. They’re so hot that when you drill into them, you get steam. In California, it’s dormant volcanoes bringing heat up close to the surface. It’s all about capturing steam, and turning it into electricity.

Our core innovation is making horizontal drilling — the technology now widely used in oil and gas — work for geothermal. Fifteen years ago, nobody was doing that in oil and gas, and now it’s most places in the U.S. First you drill down like 10,000 feet, and then turn the direction of the drill bit sideways and drill. There’s a lot of innovation needed to make that work for geothermal. The reservoirs are hot, and the rocks are harder. There’s a lot of equipment and electronics that don’t hold up to the heat.

Q.Why does it matter that you can now also drill sideways and not just down?

A.It’s all about cost. If you’re just drilling vertical wells, you spend all the money drilling down, and just get a little bit out. But once you’re down there, if you drill horizontally for thousands of feet, you can get more resources out, whether it’s oil or geothermal. You get more bang for your buck. So if we can be twice as efficient, we can afford to develop geothermal resources in places that previously wouldn’t have been affordable.

Q.So, why isn’t it sort of like cleantech fracking?

A.A few things make this very different from fracking. The biggest environmental catastrophe of fracking is the oil and gas we burn that leads to climate change. Geothermal doesn’t do that. Also, with fracking, they inject a bunch of stuff down in the ground, then extract oil from it. With geothermal, we’re just getting steam back. We’re mining the heat. We pump water down and it heats up and returns as steam, and we pump it right back down again. Geothermal has a long track record of being safe, and has a really small land footprint. It’s really important for us to make sure we’re attentive to the local environmental impact.

A.What we have today is about 3 gigawatts, but the Department of Energy’s GeoVision study suggested that geothermal could produce 120 gigawatts in the U.S. We’re talking about changing it from a niche resource to a huge part of the energy mix, as much as 16 percent of the electric grid. If we can complement wind and solar with a resource that works at night, reliably, 24/7, that could be a huge part of getting us to a completely carbon-free grid.

Meet all the rest of the fixers, doers, problem-solvers, and visionaries on this year’s Grist 50 list.