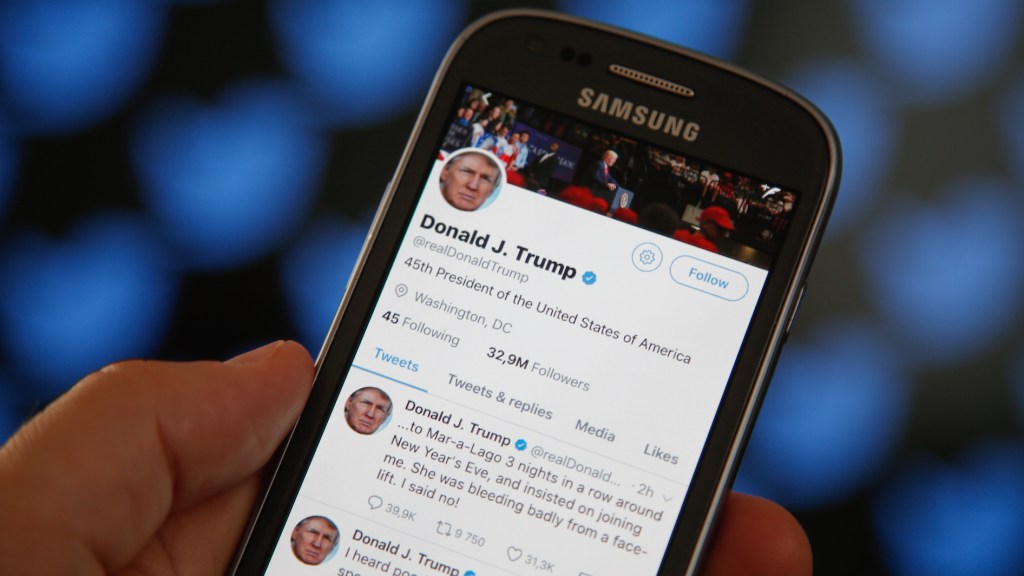 In 2017, the planet broke records. The United States endured an unprecedented wildfire season — that’s just now finally ending. Periods of extreme drought followed by intense flooding caused massive mudslides, forcing thousands of people on the West Coast to evacuate. Communities in the South and in the Caribbean were pummeled by a seemingly unending chain of hurricanes, which caused irreparable damage.

Amid the carnage, the president took to Twitter to highlight issues like Hillary Clinton’s emails. (Nevermind that he’d won the election months earlier.) In a parallel universe, 2017 would have been the year of environmental news, where each weather-related tragedy sparked a public outcry so ferocious and unyielding that climate change became acknowledged universally as the chief problem of our time. Instead, 2017 was the year when a single 140-character tweet regularly sent the media landscape into a days-long frenzy.

Our long wait for climate change to hijack the news cycle might be over. Last night, the president tweeted a warning to people on the eastern seaboard of an unseasonably cold New Year’s Eve — providing an opportunity for the denier-in-chief to throw some shade on climate change and the Paris Agreement.

In the East, it could be the COLDEST New Year’s Eve on record. Perhaps we could use a little bit of that good old Global Warming that our Country, but not other countries, was going to pay TRILLIONS OF DOLLARS to protect against. Bundle up!

While we wait to see if the discussion we should have been having all year finally slips in under the wire, let’s take a look back through the year and wonder: What the $*@% were we talking about while climate calamities swept over the earth?

For 27 days in February, the United States experienced unseasonably warm weather. Trees bloomed, grass grew, and New Yorkers pulled their tank tops out of storage. The U.S. broke 5,452 daily high maximum records over the month, and Chicago had to wait until March for the year’s first snowfall. (It hadn’t arrived that late since 1884.)

Meanwhile, our newly inaugurated president sent well over 150 tweets from his personal Twitter. None of them mentioned the record-breaking heat. Instead, the “failing New York Times” and “fake news CNN” featured prominently. If you’re a news junkie, it’s more likely that you remember Trump’s phone call with Australian Prime Minister Malcolm Turnbull — which ended abruptly — than the winter heatwave. Major news outlets covered the diplomatic falling out heavily, and continued writing about the call until August.

The February heatwave primed states like Colorado, Kansas, Oklahoma, and Texas for weeks of wildfire activity. The likelihood of that kind of heatwave was tripled by climate change. One major blaze in southern Kansas is now the largest wildfire on record in the state.

Perhaps the increasingly worrying links between extreme heat, fires, and climate change would have been the talk around office water coolers, but we were all a little preoccupied at the time with an ongoing feud between Arnold Schwarzenegger and Trump. No, really, we were. The celebrity politicians were bickering about The Apprentice — an NBC show that Trump executive produces and formerly hosted. Schwarzenegger was the current host, and the show was suffering from poor ratings, according to no less an authority than the president of the United States. In his opening remarks at the National Prayer Breakfast, Trump said: “I want to just pray for Arnold, if we can, for those ratings.” That breakfast was on Feb. 2. We were reading about the feud until March.

On June 20, 40 airline flights out of Phoenix, Arizona, were canceled or delayed because it was literally too hot to fly. Temperatures reached 119 degrees F, and airplanes just couldn’t achieve the kind of lift required to take flight. Various news outlets covered the story with some context about how heat affects planes — but according to an analysis by Media Matters, major television networks “totally failed” to discuss the connection to climate change.

On June 21, President Trump did mention air travel, but not in reference to the planes that were grounded due to heat. “Just landed in Iowa,” he tweeted on his way to a campaign-like rally he held after he was already president. That month, Trump’s tweets about former FBI Director James Comey, the Russia investigation, and the border wall dominated the news cycle. Trump claimed he had recordings of conversations with Comey. The House Intelligence Committee then asked him to furnish the tapes on June 23. They never materialized.

Montana lost a million acres, and ash fell on Seattle like rain as towering infernos raged through Big Sky Country and the Pacific Northwest this summer. An enormous, stagnant heat dome had prepared the Dakotas and Montana for wildfire activity in the weeks preceding the fires. The heatwave caused a series of flash droughts — periods of decreased soil moisture spurred by high temperatures.

But flash droughts didn’t make the news this summer. A photograph of Trump touching a weird, glowing orb with King Salman of Saudi Arabia and President Abdel Fattah el-Sisi of Egypt was dominating social media and the news cycle at the time. Naturally, conspiracy theories abounded.

Three hurricanes — Harvey, Irma, and Maria — hit the Gulf Coast of the U.S., Puerto Rico, the Bahamas, and the Virgin Islands, respectively, with terrifying force this year. In the month of September alone, Irma and Maria made six different Category 5 landfalls, accounting for one-fourth of all Category 5 landfalls in recorded history. Record-high water temperatures in the Caribbean helped spawn the monster storms. Damage from Harvey is estimated to be between $150 and $180 billion, while Irma cost somewhere between $42 and $65 billion. The full extent of the damage caused by Hurricane Maria is still unknown; but today, 100 days after Maria hit Puerto Rico, more than 1 million people are still without power.

The humanitarian crisis in Puerto Rico didn’t provide a sufficient news hook for major media outlets. But the U.S. territory did garner attention thanks to Trump’s Twitter feud with San Juan Mayor Carmen Yulín Cruz. “The Mayor of San Juan, who was very complimentary only a few days ago, has now been told by the Democrats that you must be nasty to Trump,” the president of the United States tweeted in late September.

This fall, climate change spawned a new type of tropical cyclone in the Mediterranean Sea, a phenomenon now known as a “medicane.” Medicanes are so uncommon that scientists have yet to establish a clear set of criteria for them — but it appears they’ll have a chance to, as they’re projected to occur with more intensity in coming years.

Then, in the Atlantic, Hurricane Ophelia set records by traveling far into the east and hitting Ireland. Hurricane specialists couldn’t explain Ophelia’s bizarre trajectory, but they do know that warming ocean waters linked to climate change tend to strengthen and prolong storms.

Trump did mention a storm in October, but not the one battering the Irish coast. On Oct. 5, Trump spontaneously called a press conference during a dinner he was throwing for military leaders and remarked, “Maybe it’s the calm before the storm.” When a reporter asked what storm he was referring to, the president was coy.

The comment topped the news cycle for days. Was Trump referring to the Iran deal? ISIS? Or worse, war with North Korea? We never found out — just like most Americans never found out that climate change makes storms like Ophelia more likely.

No state felt the fury of a climate change-fueled wildfires this year quite like California. Blazes barreled through wine country in October, torching marijuana farms, shriveling grape vines, and forcing hundreds of people from their homes. Even before a second round of fires descended on Southern California this December, the state had already been through its worst wildfire season on record.

The United States was transfixed at the time by a fight Trump had picked with Colin Kaepernick, the former NFL quarterback who in 2016 started a trend of football players refusing to kneel for the National Anthem to protest police brutality against African Americans. The controversy exploded into the national spotlight in October when Trump called on the NFL to “fire” the roughly two dozen players who kneeled. The president tweeted that the players showed “total disrespect to our Flag & Country.”

Trump’s beef dominated the news through the end of November. Meanwhile, California faces $180 billion in wildfire damages and years of slow recovery.