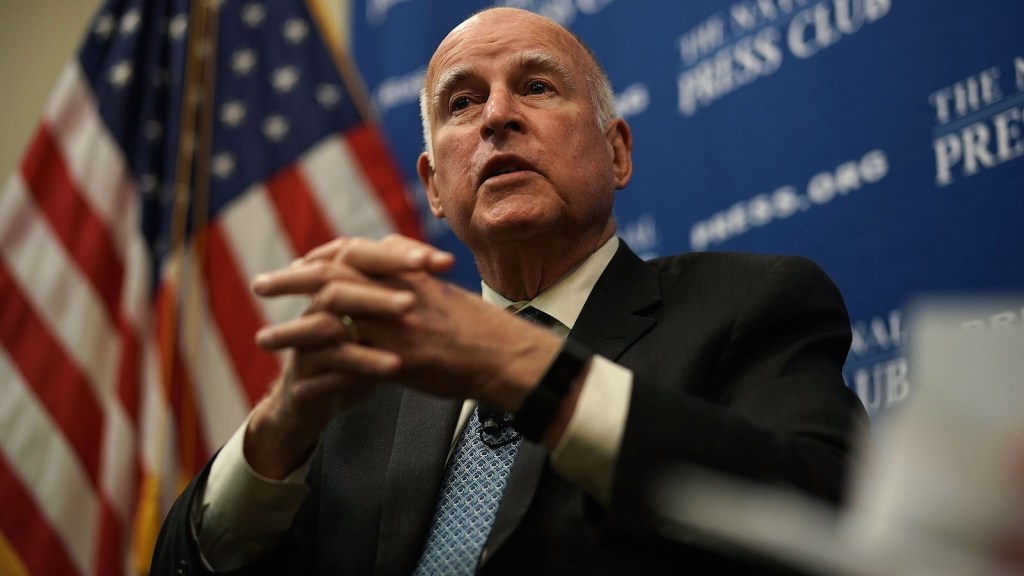 A month after President Donald Trump pledged to pull the United States from the landmark 2015 Paris climate change pact meant to curb global carbon emissions, California Governor Jerry Brown seized the leadership role and announced that San Francisco would host the Global Climate Action Summit (GCAS). With the tag line “Taking Ambition to the Next Level,” the summit has become an amalgam of the Trump resistance, a climate pep rally, a marker between crucial United Nations deadlines, and a swan song for California’s four-term governor. Above all, it’s a reminder of how far the world is from avoiding the worst effects of climate change, and how critical the next few years are for determining future global health and stability.

In some ways, the event is a response to the call by the 2015 Paris negotiations for a more active role by subnational actors — jargon for businesses, cities, states, or anything that is not a national government — in addressing climate change. Accounting for more than 70 percent of carbon emissions globally, the role of cities and states has only grown more important as Trump continues his assault on progress in attaining climate goals. But even before Trump, mayors and governors began to playa more visible role internationally as they participated on the sidelines of the United Nations’ formal negotiations process. Back in 2015, Brown was arguing at the U.N. conference that cities, states, and the private sector could take on more saying, “We don’t have to wait for the federal government to say jump.”

The timing of the San Francisco summit is also significant, occurring during the midpoint between the Paris meeting and the next major deadline in 2020. That’s when the 200 participating countries not only have to ensure they are on track to meet the modest pledges they made in Paris, but that they are exceeding them, because targets established in the Paris pact don’t approach the level of emissions cuts necessary to keep global warming below a destructive 2 degrees C. If all the pledges were added together and adhered to, the global goal would still not be achieved. Nor do the pledges expected at the summit get us much closer. But the idea is that a symbolic event like GCAS can help accelerate global momentum at international, national, and subnational levels.

As former U.S. climate envoy and Brookings Institute senior fellow Todd Stern puts it, the summit is “meant to galvanize and inspire” and also “show ourselves and the world that America is still in the game despite the abdication by the current national regime. To help build the engine of public and political will it will take to protect our future.”

A pep rally for climate action may not sound like much, but the world is at a point where every extra push counts. An estimate by a recent New Climate Economy report shows $26 trillion in economic benefits through 2030 only if the global economy actually is on the path to decarbonize. According to the report, the investments over the next 10 to 15 years “are a unique ‘use it or lose it’ moment in economic history.” In other words, the window is closing for investment in the right priorities. Increasingly, that is in transportation, which has overtaken the power sector as the biggest source of domestic emissions.

There are more than 300 affiliate events taking place this week that’ll echo Stern’s message, along with thousands representing big and small regions, cities, companies, and NGOs around the world. Countries like China and Germany have a presence, showcasing the international alliances California has forged in the Trump era. For the U.S., it’s also a reunion of many of the figures leading the “We Are Still In” movement, a campaign of political leaders, faith institutions, and businesses that have pledged their commitment to delivering on the Paris accord.

Together, the global commitments that roughly 7,000 cities and 6,000 companies have made since Paris do pack a punch. The entities making pledges on clean energy, forests, oceans, and infrastructure represent $36 trillion, far larger than the U.S. economy. In the U.S., actions by the subnational sector helped the country meet nearly half the commitment it made in Paris. An analysis this summer from economic think tank the Rhodium Group found that existing policies in the U.S. mean we are headed toward a reduction ranging from 12 to 20 percent of emissions by 2025, still falling short of its stated 26-28 percent goal. That still leaves some room for uncertainty, given the capacity of forests to absorb carbon and energy costs and the unclear future of many federal climate policies.

The attendees representing more than 100 countries offer both a hopeful moment of international cooperation and a clear indication of how the world is still failing to do as much as is needed. Nick Nuttall, a spokesperson for the summit, framed it as evidence that cities and regions “are not incrementally improving their climate actions, but pole-vaulting” toward the ambitious action needed in 2020. But United Nations Secretary General António Guterres acknowledged on Monday from New York that the private sector and subnational pledges may be “important strides. But they are not enough. The transition to a cleaner, greener future needs to speed up.”