In the 2016 presidential election, 81 percent of white evangelical Christians voted to elect President Trump. But this core base of the Republican Party, despite Fox News’ efforts, is more receptive to large-scale action to combat climate change than you might expect.

In fact, Christians from a wide range of denominations are calling for action. Catholics are building solar farms and talking to farmers about global warming. Progressive denominations have officially endorsed the Green New Deal. If this keeps up, the 70 percent of Americans who call themselves Christians could prove to be a catalyst for getting the country to take long-awaited climate action.

But it’s the openness to action among white evangelicals that might be the most surprising. Some 40 percent of white evangelicals support the progressive climate-justice-jobs resolution introduced by Representative Alexandria Ocasio-Cortez of New York City and Senator Ed Markey of Massachusetts, according to a recent poll conducted by NPR, PBS Newshour, and Marist.

Many Christians are still skeptical of the climate movement, which has earned a reputation as secular (given that it’s based on, you know, science, like evolution) and of particular concern to Democrats (thanks, Al Gore). Their support for the Green New Deal is weak compared to that of most Americans, 63 percent of whom say they support it — on par with legalizing weed.

So what’s behind this budding momentum? Christians might just be getting swept along with the rest of the American public, who are increasingly grasping the idea that humans are warming the climate. “Americans believe climate change is real, and that number goes up every single month,” GOP pollster Frank Luntz told the Senate climate committee during testimony on Thursday.

“Politics is the biggest predictor of attitude toward climate change, and religion crosscuts in interesting ways,” said Robin Globus Veldman, author of the forthcoming book The Gospel of Climate Skepticism: Why American Evangelical Christians Oppose Action on Climate Change. Evangelicals as a whole are more likely to be Republicans than Democrats (though nonwhite evangelicals lean Democrat).

Many of the environmental movement’s early heroes have Presbyterian roots. There’s Rachel Carson, the author of the 1962 book Silent Spring warning us of the dangers of DDT, and Theodore Roosevelt, the president who created numerous national parks, national forests, and wildlife sanctuaries.

“Science is crucial, but science alone cannot fix this,” said Andi Lloyd, a biology professor at Middlebury College who’s preparing to be a United Church of Christ minister, in a statement endorsing the Green New Deal. “It is also a religious issue. It requires our voices as Christians and our hands as Christians. The world needs us. Now is the time.” 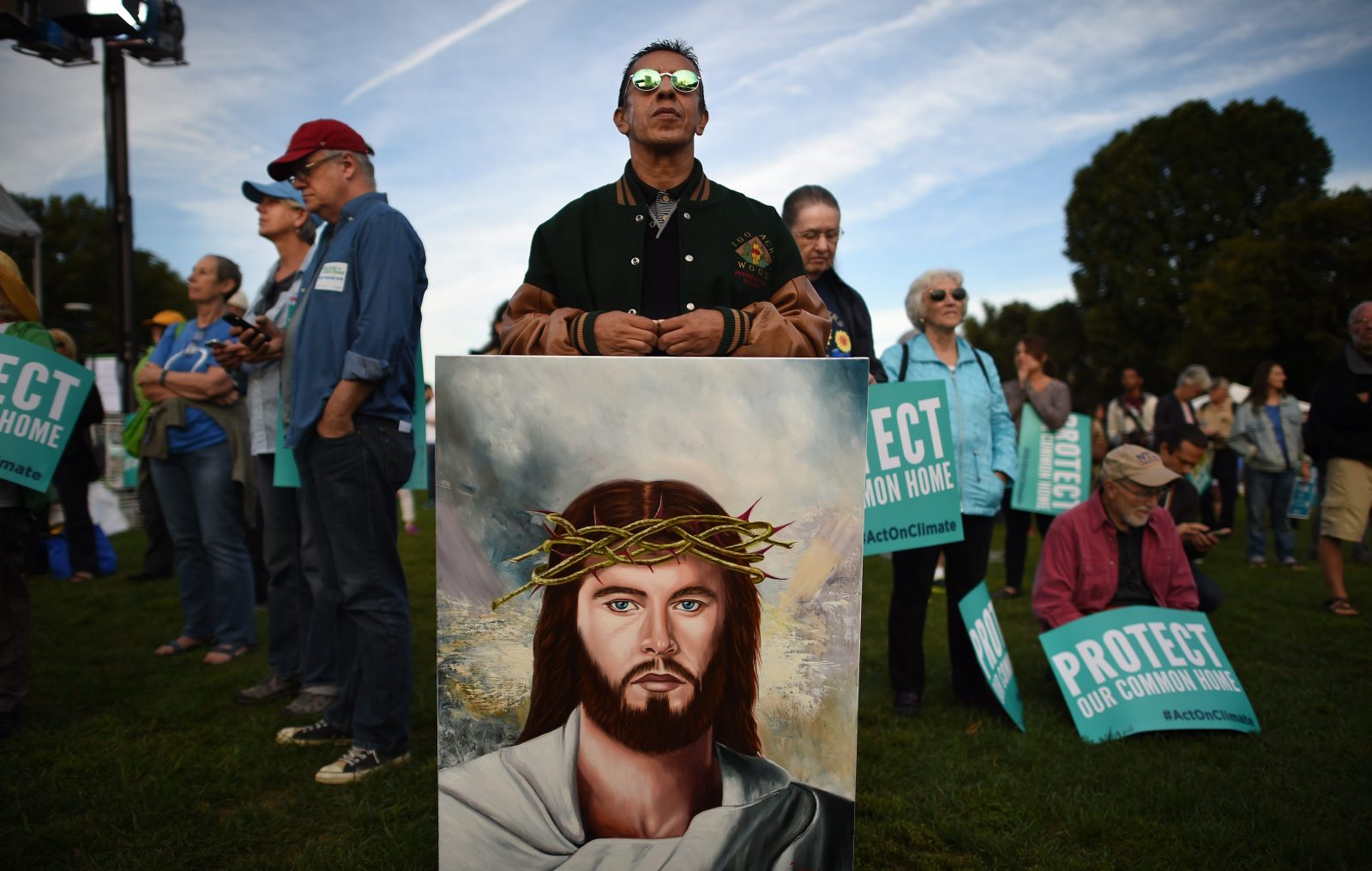 Catholic Charities, a nonprofit that helps churches switch to solar power, is building the biggest ground-based solar array in Washington, D.C. — 5,000 solar panels that are expected to power approximately 260 homes. The project was inspired by Laudato Si, Pope Francis’ 2015 encyclical that laid out a moral case for urgent climate action.

There’s a small but growing body of research looking into what messages resonate with Christians. In March, a study from the University of Illinois at Urbana-Champaign suggested that reading articles about “stewardship” of the Earth can raise Christians’ moral concern about the overheating planet. A new study from the Yale Program on Climate Change Communication suggests that messages about “providing a better life for our children and grandchildren” and “protecting God’s creation” are promising motivators for taking action against global warming.

Veldman warned against applying these messages to all Christians, though, as evangelicals weren’t separated out in the study.

“Yes, 70 percent of Americans are Christian, but they’re very different kinds of Christians, and kind of mutually suspicious of each other in some ways,” said Veldman, a professor of religious studies at Texas A&M.

Some evidence has pointed to environmental campaigns having limited success among Christians. A 2015 report concluded that an effort among evangelical activists to “spread the gospel of climate change” and get more Republicans on board with passing a national climate policy had failed. A study in 2016 found that Pope Francis’ call to climate action had backfired among conservatives.

“The messenger matters as much as message,” said Katharine Wilkinson, the vice president of communication and engagement at Project Drawdown. Which makes it all the more surprising that the Green New Deal, backed by a progressive like AOC, polled at 40 percent among white evangelicals. It’s not like the group has suddenly come around to a “whatever it takes” approach; the same Marist poll out this week found that fewer evangelicals support other kinds of action, like implementing a carbon tax (27 percent) or recommitting to the Paris Agreement (26 percent).

“The general picture is that white evangelicals lean skeptical but are slightly more moderate than Republicans on climate-related issues,” Veldman said in an email. Not all evangelicals, after all, are political conservatives.

It’s possible that the Marist poll’s wording might have influenced evangelicals’ support for the Green New Deal, too. “Even very theologically conservative Christians generally want to be good environmental stewards, and pursuing ‘green jobs’ and ‘energy efficiency’ would seem to be a sound way of doing so, one that would be compatible with values like common sense, self-reliance, and free enterprise, which many evangelicals favor,” she said.

When the bulk of Republicans in Congress finally change their minds on climate policy, Veldman said, it’ll likely be because their core base — evangelicals — convinced them.