Want to toss out pollution-fighting rules? You'll have to face California first. 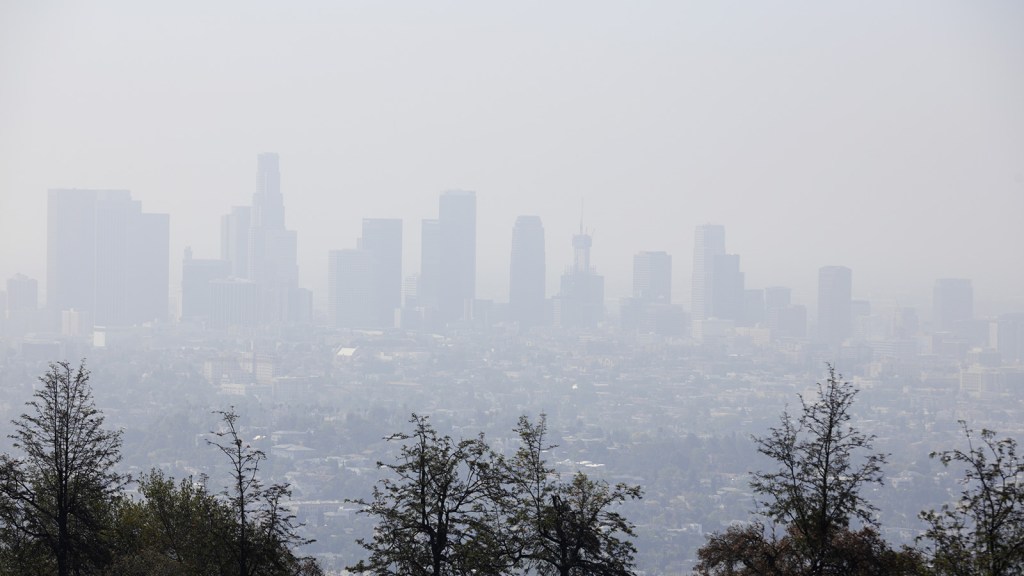 Want to toss out pollution-fighting rules? You’ll have to face California first.

In its ongoing jihad against federal regulations, the Trump administration has indicated some interest in targeting the ones that attempt to fight climate change. First in its sights: a funky law that gives the state of California the right to make its own rules on automotive emissions. But because of the way laws and business work, the California exemption is one of the most powerful environmental tools in the world.

So California’s not going down without a fight.

A quick history lesson: When legislators wrote the 1963 Clean Air Act, they acknowledged that California already had pollution-fighting rules, and that its environmental situation was especially dire. So they gave the state the right to write its own, stricter standards.

“It’s hard to overstate how important the ability for California to set its standards has been to public health and clean air over the past 40 years,” says Don Anair, deputy director for the clean vehicles program at the Union of Concerned Scientists. “Time and again, California’s been willing and able to move forward.”

From unleaded gasoline to catalytic converters to counting carbon dioxide and other greenhouse gas emissions in vehicle standards, the Golden State has played a key role. That’s because, as Therese Langer, transportation program director at the American Council for an Energy-Efficient Economy, puts it, “California doesn’t just mean California.” Even though California is the only state that can write its own rules, under Section 177 of the Clean Air Act, any state looking for more than the federal package of regulations can opt to follow California’s auto standards.

But if American carmakers are good at anything, it’s complaining about regulations that demand it produce cleaner, more efficient cars. The anti-regulation, climate change–doubting Trump administration seems to sympathize. But California’s waiver makes it hard for the feds to weaken anything. Trump’s team could have the EPA review the standards that govern cars through 2025, standards the agency finalized just a week before Obama left office. It would take years, likely face a legal challenge, and would require the EPA prove all the scientific data supporting its original decision is no longer valid.

And even if the EPA won, the California exemption would still hold, and carmakers would still have to make cars that met it. So you can see why the Golden State is a key target. The New York Times reports: “Automakers are also hopeful that the new EPA administrator, Scott Pruitt, will begin legal action to revoke California’s ability to enforce its tailpipe standards.” Asked in his Senate confirmation hearing if he would leave the waiver process alone, Pruitt said, “I don’t know without going through the process to determine that. One would not want to presume the outcome.”

Good news for environmental cheerleaders: Stripping California of its special status would require a change to the Clean Air Act — the kind of legislating a Democratic filibuster could derail.

But, you say, the EPA doesn’t have to kill the waiver process if it just refuses to issue any new ones. It might even have the legal right to rescind already granted waivers. But California can fight back — and it’s got a stocked arsenal.

“The statute is very clear. It says EPA shall grant the waiver,” says Cara Horowitz, co-executive director of the Emmett Institute on Climate Change and the Environment at UCLA School of Law. The EPA can only hit the reject button if it can prove a requested rule is weaker than the federal standards, isn’t consistent with the Clean Air Act, or “does not need such standards to meet compelling and extraordinary conditions.” Through the 1990s, Los Angeles smog conditions were severe enough to cancel after-school sports and flood emergency rooms — compelling and extraordinary. Today, the motivating threat is climate change.

All that matters, because if Scott Pruitt’s EPA starts rejecting new waivers or revoking old ones, California can mount a legal challenge. “I have no doubt that California would litigate, would sue EPA,” says Horowitz. Indeed, Gov. Jerry Brown pledged his state would defend its environmental and social programs. “California is not turning back,” he said in a January speech. “Not now, not ever.”

What if Trump does start rolling back standards? “We’ll see them in court,” says Roland Hwang, director of the Natural Resources Defense Council’s energy and transportation program.

California has on its side decades of legal precedent built from technical analysis. The EPA has outright rejected just one waiver out of nearly 100. That was in 2007, when the state wanted to restrict greenhouse gas emissions from passenger vehicles. The EPA said nope, the auto industry celebrated, and California prepared a lawsuit, but the Obama Administration swept in before the case played out. In May 2009, President Obama announced a settlement of sorts: the EPA — not just California — would include GHGs in new standards, and the (recently bailed out) auto industry would deliver cleaner cars.

With a new face in the White House, the auto industry seems willing to renege on that peace treaty. And California seems ready to go to war.