We’re 50 days into the Trump presidency, and he's already made quite the mess 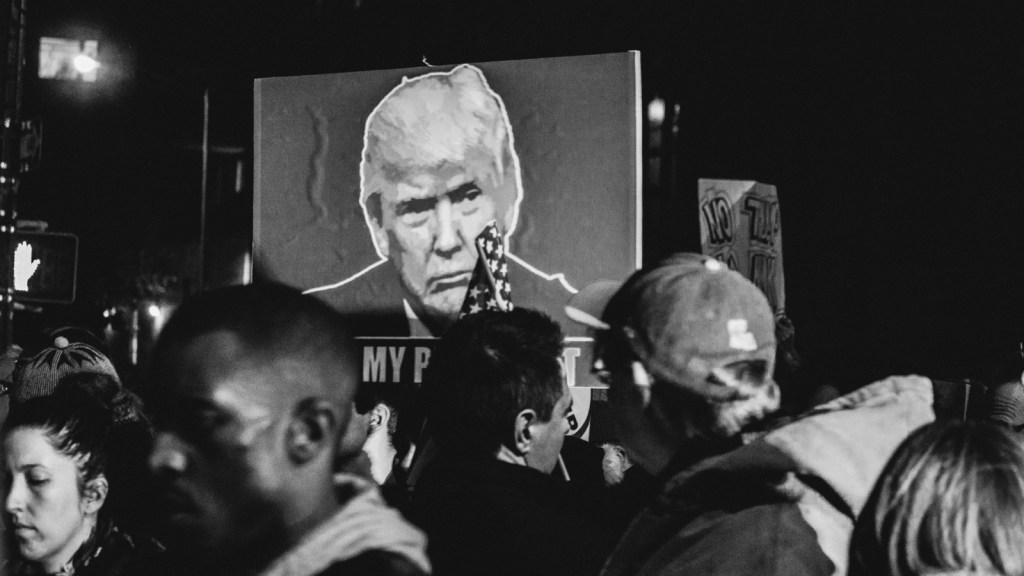 We’re 50 days into the Trump presidency, and he’s already made quite the mess

Donald Trump has now been in the White House for 50 days. We’ve been chronicling the eco-carnage of his presidency in our Trump Tracker columns. Three weeks have passed since the last column, and hoo-boy, have the president and his cabinet of deplorables been busy since then, swinging the wrecking ball every which way. Here’s what you need to know.

What happened? The White House released an outline of its initial budget plan and (surprise!) it’s bad news for environmental protection and public health. Trump wants to steer $54 billion more a year toward defense and slash spending elsewhere. The EPA is right in Trump’s crosshairs; the president’s plan would cut the agency’s budget by about 24 percent and its staff by about 20 percent. The many casualties of those cuts would include the Energy Star label and environmental justice programs. Proposed cuts at other agencies and departments — some in the initial budget outline, some leaked to the press — would hammer clean energy R&D, coastal research, NOAA’s satellite and research programs, and oh so much more.

How much does it matter? Don’t get too alarmed just yet. The president doesn’t ultimately get to write the federal budget; Congress does. Some congressional Republicans don’t like Trump’s proposed cuts to EPA and other departments, so their budget plans will look quite different from his. Still, expect EPA and other environment-related programs to get hit hard, even if not as hard as Trump wants.

Hit parade
EPA is getting walloped

What happened? As if the looming threat of big budget and staff cuts weren’t enough, EPA is under assault in myriad other ways. Its ability to prevent water pollution will be hampered down the line because Trump ordered the agency to begin the process of rolling back a major regulation, the Waters of the U.S. rule, that protects streams and wetlands.

And then there’s the guy running the place, Scott Pruitt. The new EPA administrator is stacking the agency with climate deniers, the New York Times reports. Pruitt admitted this week that he doesn’t even accept the scientific fact that carbon dioxide is a major contributor to climate change. Last week, he said that people who want to eliminate his agency altogether are “justified” in their thinking: “I think people across the country look at the EPA the way they look at the IRS.” No wonder morale among EPA employees has tanked. The agency’s top environmental justice official just quit.

How much does it matter? A lot. EPA is the one federal agency protecting Americans from air pollution, water pollution, toxic sites, and more. It’s already been weakened, and it will be weakened much further. EPA is more vulnerable now than it was even under previous Republican presidents because Democrats no longer control either the House or the Senate and so have little power to defend the agency. The result will be more Americans exposed to pollution, hit with health problems, and dying prematurely.

What happened? Congress confirmed more of Trump’s not-so-green nominees. Ryan Zinke, a big booster of the coal and oil industries, is now secretary of the interior. He got some attention for riding a horse to work on his first day in the new job. Less noticed was his announcement that another 73 million acres in the Gulf of Mexico will be leased to oil and gas companies. “Opening more federal lands and waters to oil and gas drilling is a pillar of President Trump’s plan to make the United States energy independent,” Zinke said. (The new offshore drilling plan isn’t so different from President Obama’s, though.)

Also: Rick Perry, a diehard climate denier, is now secretary of energy. And Ben Carson, another climate denier, has officially taken the helm at the Department of Housing and Urban Development.

How much does it matter? Quite a bit, but it could be worse. Zinke will be able to promote drilling and mining on millions of acres of federal property, and he could make it harder for renewable energy projects to be developed on public lands. Perry will probably preside over a slashing of funds for clean energy research programs. Carson is unlikely to support housing programs that would help low-income people live near jobs and transit. But none of them are ideologues like Pruitt, who is hell-bent on eviscerating environmental protections, so we don’t expect them to cause quite so much damage.

Here’s what you can expect to see in our next Trump Tracker rundown: The president will order rollbacks of a handful of major Obama rules, including the Clean Power Plan, auto fuel economy standards, and the moratorium on new coal leasing on federal land. So much to look forward to!