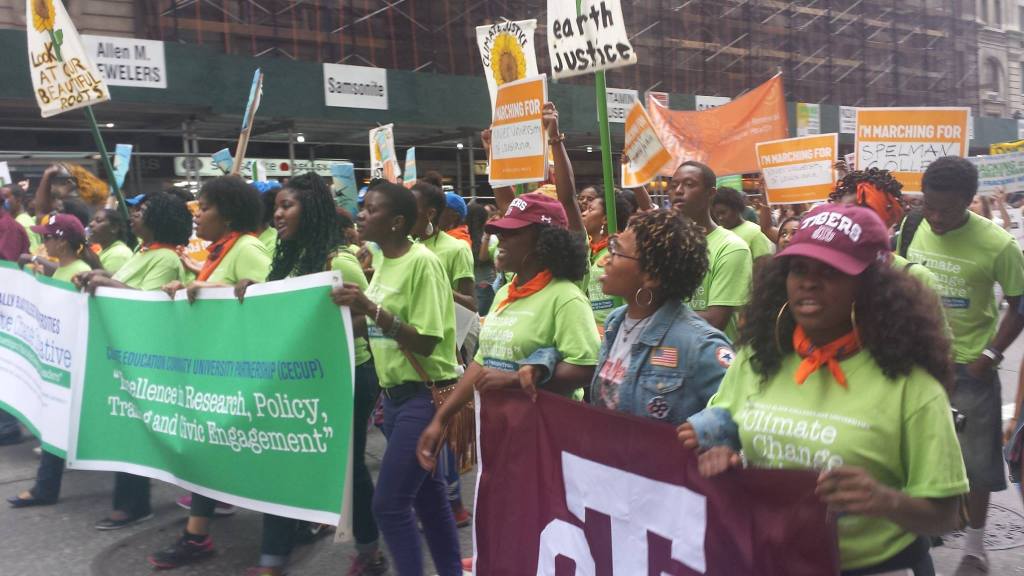 In the wake of the People’s Climate March, which drew more than 300,000 people to New York City over the weekend, climate justice organizations and fenceline communities from around the world have convened the People’s Climate Justice Summit, a two-day conference looking to build upon the momentum from the march. The summit, which starts today at The New School, examines the root causes of climate change. It came up last week during my conversation with Kari Fulton, interim director of the Environmental Justice and Climate Change Initiative. Speakers at the convening will “highlight strategies and pathways for resilience and resistance that are being built on the frontlines of this global economic and ecological crisis.”

Watch the livestream of the event below:

Find out more about the People’s Climate Summit agenda here.