Highways turned into rivers with white-capped waves in Texas. Wildfire smoke reddened the sky in California. And the country’s signature “amber waves of grain” were parched by drought, leaving farmers with fields of gray, cracked soil in Montana.

In all, the United States was hit by 16 weather events last year that cost more than $1 billion each, the National Oceanic and Atmospheric Administration calculated. Piece them together, and you get the story of a climate transformed by human activity — and a country racked by wild weather that cost us a record-shattering $306 billion.

That price tag is four times more than average over the past decade, adjusted for inflation. It was nearly off the charts. 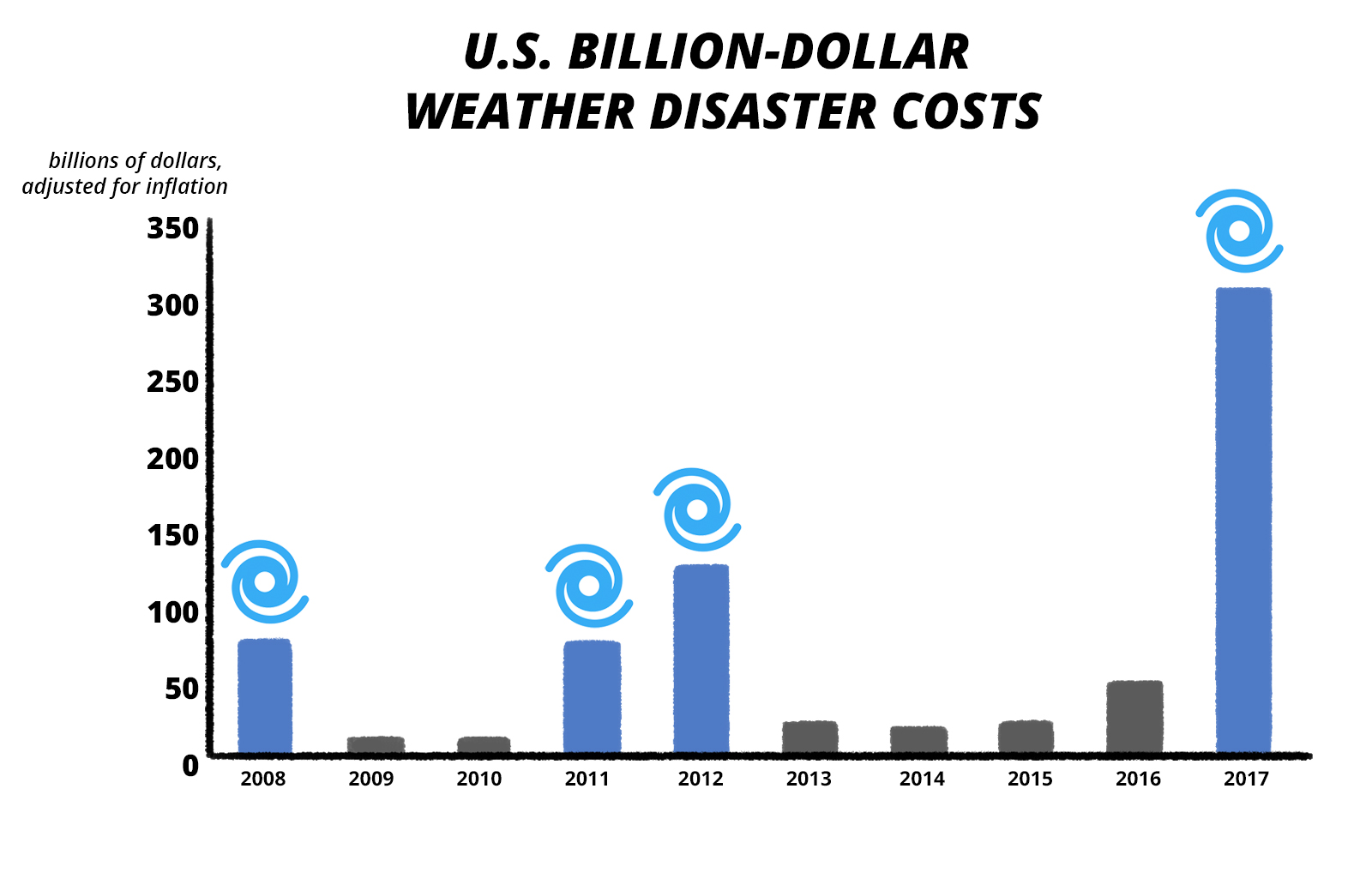 Last year blew past the previous record for disasters, $215 billion, set in 2005 when Hurricane Katrina struck. The priciest natural disasters tend to be hurricanes, which explains why 2017 was so different. Harvey, Irma, and Maria were three of the five most expensive hurricanes in U.S. history, and they all hit in one year. The three accounted for 87 percent of the bill.

Severe storms, flooding, and drought afflicted people across the country. But the Northeast was the only region spared from a disaster that caused $1 billion or more in damages. 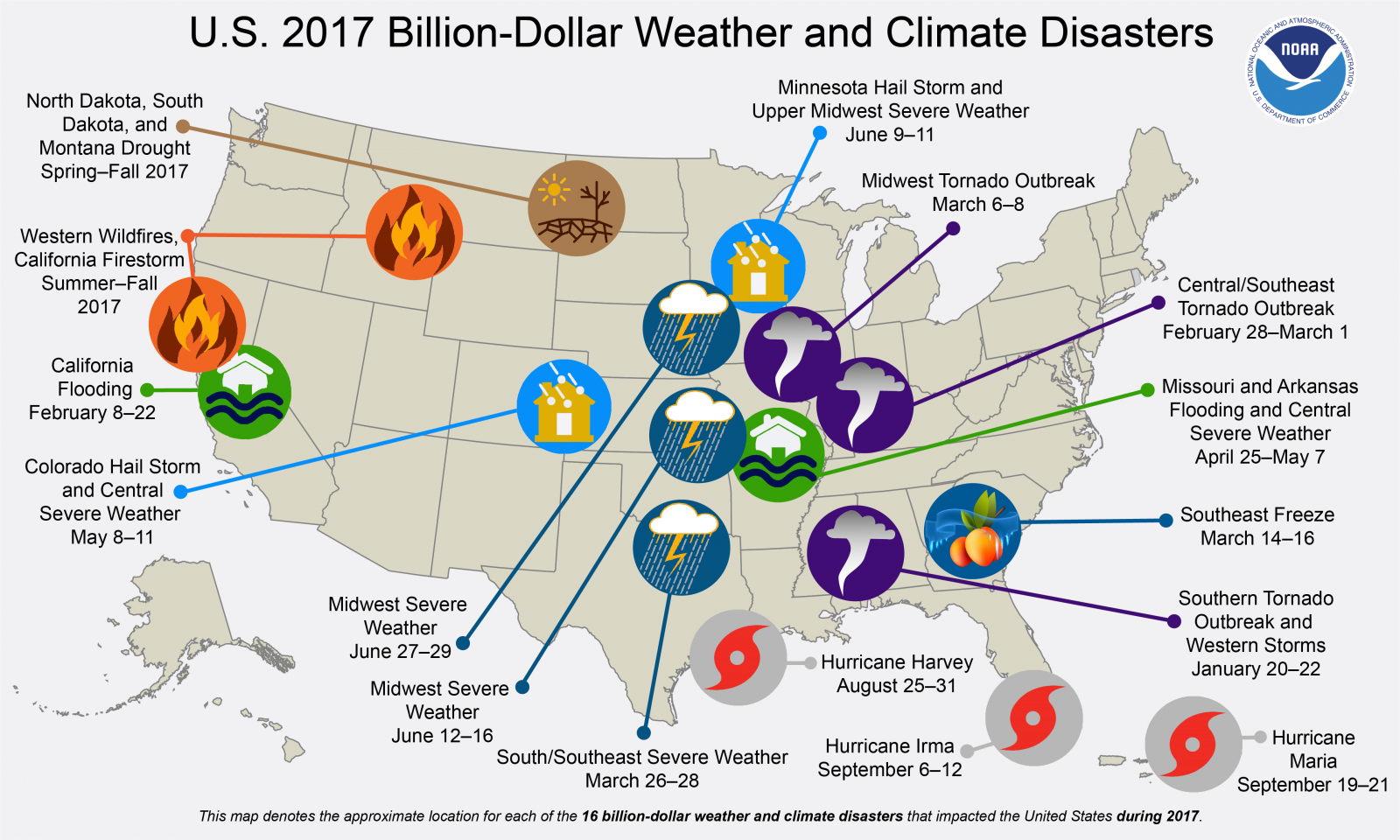 Given how much time we’ve devoted to talking about climate change’s fingerprints on everything, you’d suspect its criminal record would be well-documented. Although it’s difficult to pinpoint exactly how climate change affects a particular storm or heatwave, scientists are getting better at untangling the connection. For example, researchers calculated that the chances of a Harvey-esque storm hitting Texas was made six times more likely because of climate change.

Oh, and did we mention that last year was the third-hottest on record? Thank goodness it’s over. But don’t get excited — extreme weather is already creeping in to the new year. In just the first nine days of 2018, the weather has already dealt us deadly mudslides and a bomb cyclone.

With Energy and Justice for All