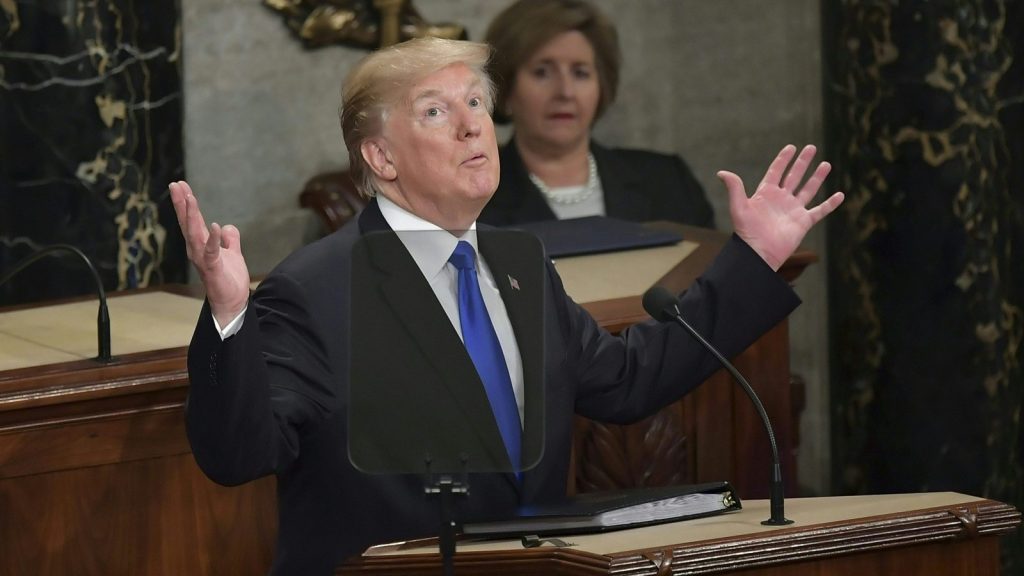 Ever wonder who’s behind President Trump’s backward energy policies? The Heartland Institute, a libertarian, climate-denying think tank, seems to be taking credit. Experts from the Koch- and Exxon-funded group took a victory lap after Trump praised “clean, beautiful coal” in Tuesday’s State of the Union address.

“One of the most thrilling aspects of the speech was the total absence of climate change hysteria,” Heartland’s Science Director Jay Lehr said in a statement issued in response to the speech. While Trump mentioned that the nation had “endured floods, and fires, and storms,” he didn’t note climate change — the factor that fanned their flames.

Lehr’s gushing over the president approached the point of satire: “After watching it a second time, I could not find a single sentence I would have changed.”

That’s not too surprising, considering that the White House had reached out to the group a few weeks earlier to ask if they “had other suggestions” for the speech, according to Heartland President Tim Huelskamp.

“The Heartland Institute has been advising many in the administration on climate and energy policy, so we were certainly encouraged and excited the president promoted his pro-energy, pro-America vision in his State of the Union Address,” Huelskamp said in the statement.

Soon after Trump was elected, the Heartland Institute laid out a climate and energy wish list. The administration has already fully or partially accomplished eight of those 13 goals. Some of the policy recommendations: Withdraw from the Paris Agreement, approve the Keystone XL pipeline, roll back air pollution rules, and end “conflicts of interest” on scientific review boards (i.e., bar expert scientists from advisory panels).

Many of the Trump administration’s actions over the past year — even just the past day — align with Heartland’s wish list. On Wednesday, EPA Administrator Scott Pruitt formally suspended an Obama-era rule to clean up our streams and waters. (No. 6 on Heartland’s list: “Withdraw implementation of the Waters of the U.S. rule.”)

Heartland isn’t the only group out there with these kind of goals. In October, the Sierra Club obtained emails showing that Peabody Energy, a major coal company, provided input to the Energy Department on a study about how to help coal plants. And last month, the New York Times reported that the administration had already accomplished most of the 16 items on the environmental rollback wish list by coal baron Robert Murray, a longtime Trump supporter.

And even though The Heartland Institute has gotten more than it ever hoped for, it yearns for even more: It wants to stop subsidies for wind and power, shrink more national monuments, and, you know, end the entire EPA.