What does Puerto Rico’s utility privatization mean for solar? 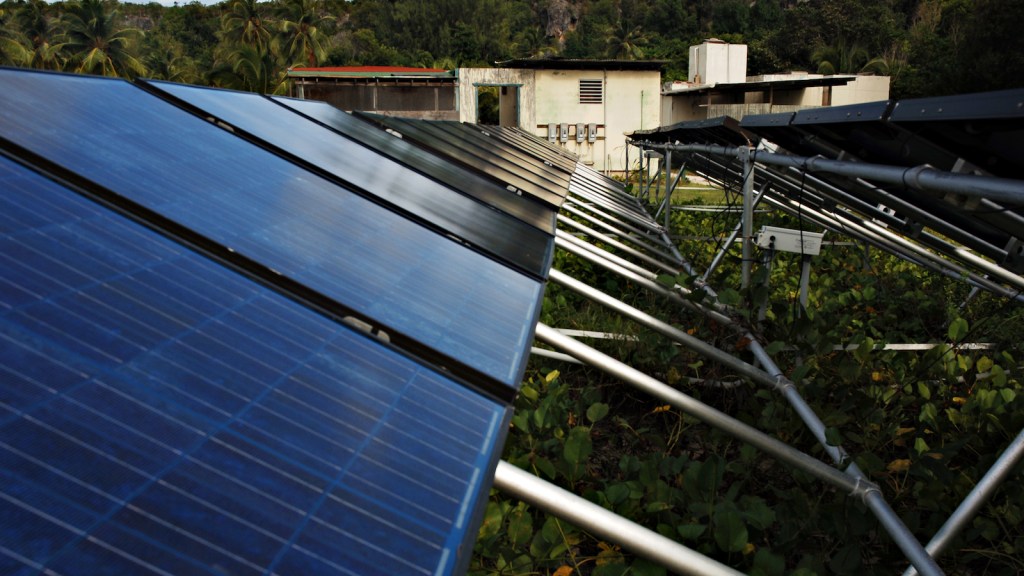 What does Puerto Rico’s utility privatization mean for solar?

It’s official: Puerto Rico’s beleaguered, bankrupt, and possibly corrupt power utility is being privatized. The U.S. territory was battered by Hurricane Maria nine months ago, and many homes remain without power amid a deeply flawed recovery effort.

Puerto Rico gets an enormous percentage of its electricity from fossil fuels. In 2016, the territory pulled just 2 percent of its power from renewables and a whopping 98 percent from fossil fuels. These fuels have to be imported, since Puerto Rico has no on-island sources for coal, petroleum, or natural gas, which raises their cost considerably.

It seems like the perfect opportunity to rebuild with cleaner sources of power. And after the storm, communities and companies stepped in with solar arrays and even a solar microgrid. So, what does privatization mean for the territory’s burgeoning installments of solar energy?

Selling the Puerto Rico Electric Power Authority (PREPA) could be beneficial for solar, says Masaō Ashtine, who researches energy systems in the Caribbean. The change “will give more power to the industry to plan for renewable energy,” Ashtine says. Privatization could remove the red tape associated with public utility companies, he argues, and thus streamline the energy delivery process.

But others say that it has the potential to make things worse. PREPA’s workers’ union has protested that privatization will likely lead to higher energy prices with few improved services. Puerto Rican customers already pay some of the highest electricity rates in the country and experience an enormous number of service outages.

And, with more influence and control, the industry could leave some of the most promising community energy projects behind. “There’s no talk of community solar in the privatization bill,” says Frederico de Jesus, an affiliate of the advocacy coalition Power4PuertoRico. “They’re putting all their faith in the private companies.”

Arturo Massol-Deyá, the director of community organization at solar hub Casa Pueblo, is doubtful that the newly privatized utility will engage with community groups or with citizens more broadly. “Decisions by PREPA have been made with limited participation of the public, and I think with privatization that’s going to get worse,” he says.

The new bill also weakens the role of Puerto Rico’s Energy Commission, which for the past four years has served as a check on PREPA’s profligate spending and poor management. Without an independent regulatory board like the commission, de Jesus told me, Puerto Ricans face an uncertain future — both in terms of energy pricing and the future of renewables.

But advocates say they will continue to push forward with microgrids and renewables, with or without government support. Although Puerto Rico officials have proposed modest energy goals — 20 percent renewables by 2035 — recent projections from researchers at University of Puerto Rico Mayagüez say that the island has enough solar, wind, biomass, and hydropower potential to generate 200 percent of its needed electricity. And solar is on the front lines.

“Privatization is almost a false choice,” says de Jesus. “There can be a public monopoly or private monopoly. But a decentralized system with microgrids would do a lot to solve these problems.”

Massol-Deyá agrees. Casa Pueblo, he points out, has been running on solar since 1999, and an increasing number of businesses and other community centers are following suit. “Whether it’s in public or private hands, we need to move away from fossil fuel dependency,” he argues. “It’s a matter of changing our obsolete energy system.”