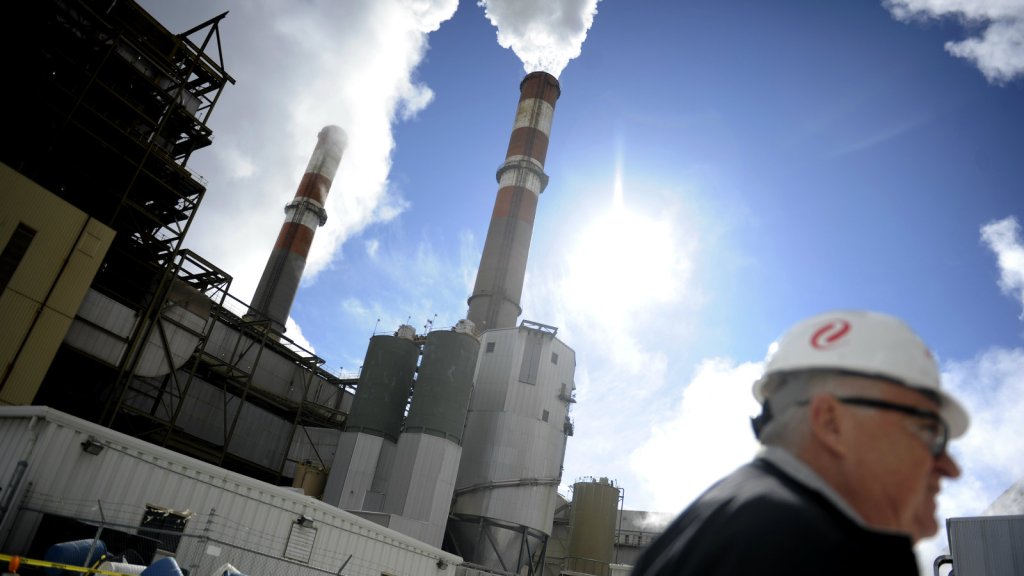 Colorado’s high, clean mountain air has only been getting higher, thanks to wafting cannabis smoke, and will soon be getting cleaner, thanks to a plan approved on Monday by the state’s public utility commission.

Xcel, the state’s largest utility, will now retire two coal plants 10 years ahead of schedule, replacing them with wind turbines, solar panels, and batteries. The plan is supposed to slash the utility’s carbon emissions 60 percent below 2005 levels by 2026. That’s like taking 800,000 cars off the roads every year. All told, disease-causing pollutants, like NOx and SOx, should plunge 90 percent below current levels by 2026.

There are other utilities in Colorado, but because Xcel is so big, this deal will slash the amount of its electricity generated by coal from 44 percent to 26 percent.

“Colorado’s bold decision to invest in clean energy and a healthier future for the next generation shows what the public — and the marketplace — already know, that conservation and clean energy go hand in hand with a growing, healthy economy,” said Jon Goldin-Dubois, president of the environmental group Western Resource Advocates in a statement.

Environmentalists didn’t have to force this plan on Xcel, because Xcel proposed it. Colorado has powerful incentives for closing down old plants and building new ones, which has allowed big corporations to make a business case for switching to cleaner forms of energy.

Xcel will shutter 660 megawatts of coal generation from the two plants, replacing it with 1,100 megawatts of wind, 700 megawatts of solar, and 225 megawatts of energy storage. All this will cost $250 billion, but Xcel says that ratepayers will end up saving $200 million in the long run. (Independent observers have cast doubt on that figure.)

The two plants Xcel will lose are in the Comanche Power Station in the blue-collar city of Pueblo; a third plant in Comanche is slated to remain open. As part of the new plan, Xcel will build a 240-megawatt solar installation, which will help Pueblo in its bid to get all of its electricity from renewable sources (a quest we wrote about back in January).

“With approval of this plan, Pueblo is poised to become Colorado’s clean energy hub,” said David Cockrell, an activist working with Pueblo’s Energy Future and the Sierra Club.