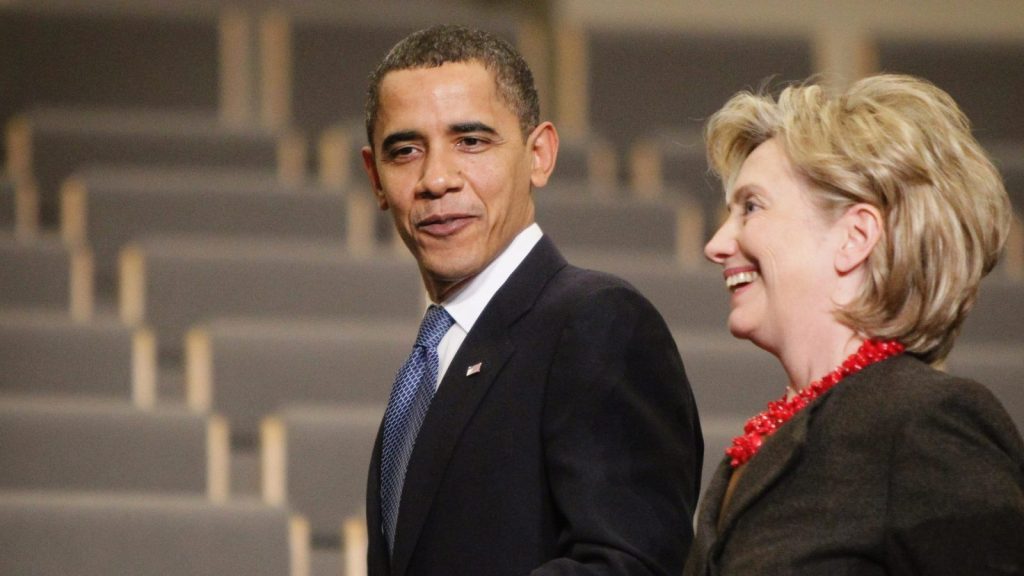 The Democratic Party VIPs offered sobering remarks on the immediacy of climate change on Friday. Former President Obama and former presidential candidate Hillary Clinton warned separately that climate change is not an intangible, future threat, but one that is at this moment devastating the planet and its inhabitants.

During a “State of Democracy” speech at the University of Illinois, Obama offered a science-backed reminder: “We know that climate change isn’t just coming. It is here.”

Clinton issued a similar sentiment on Twitter. “We’re not fighting for the planet in some abstract sense here,” she said. “We’re fighting for our continued ability to live on it.” She pointed to record-high temperatures across the world, the biggest wildfire in California history, and an unprecedented red tide in Florida — all visible signs that climate change is something to be contending with right now.

Both of their remarks stood in contrast to the tide of climate denial under the current administration, from President Trump’s withdrawal from the Paris Agreement to the EPA’s ongoing censorship of climate science.

Obama noted how the current Congress has “rejected science, rejected facts on things like climate change.”

Clinton focused her tweet thread on Brett Kavanaugh’s lengthy record of undermining environmental policies, which Grist has examined. Kavanaugh, now in his fourth day of Supreme Court confirmation hearings, struck down a federal program to curb cross-state pollution from power plants in 2012 and just last year ruled that the EPA’s attempt to phase out hydrofluorocarbons was outside its authority, as Clinton tweeted.

Clinton came to a sober assessment of what’s at stake: “Replacing Kennedy with Kavanaugh would swing the Court to a new, hard-right majority that would rule against curbing greenhouse gases for years — maybe decades — that we can’t afford to waste on inaction.”

Both Obama and Clinton saw political engagement as part of the way out of this quagmire. “The antidote to a government controlled by a powerful few, a government that divides, is a government by the organized, energized, inclusive many,” said Obama.