Why can't I stress about climate change like I do about everything else? 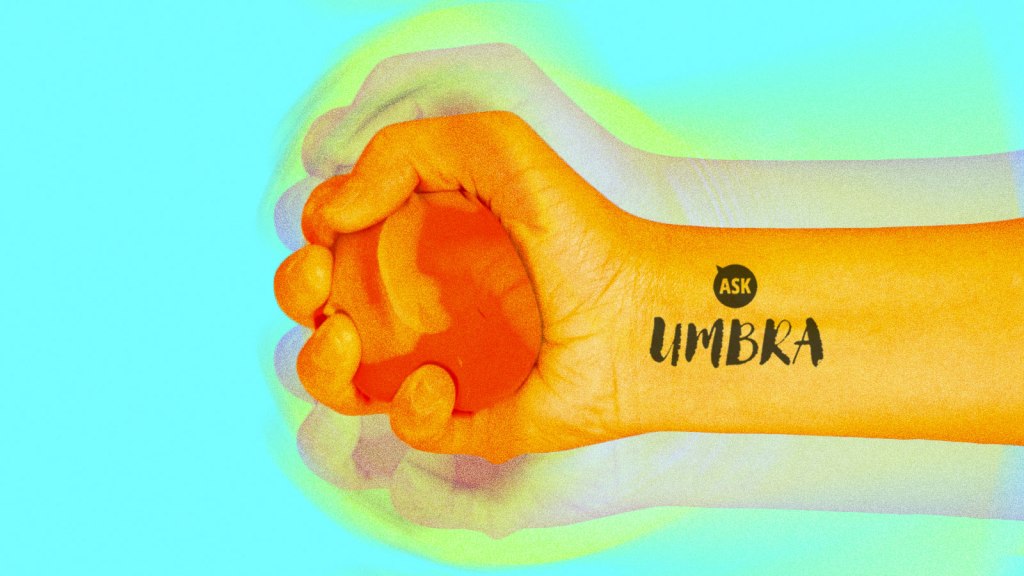 Why can’t I stress about climate change like I do about everything else?

I know that climate change is happening and doing something about it should be a priority. But honestly, there are so many other stressful things in my life, it can feel like the least of my worries. How do I keep the planet at the top of my anxiety list when I have student loans and medical bills to pay every month?

I don’t know why everyone is always yelling about the country being divided when so many of us have the same life-consuming emotion in common: ANXIETY! FRETTING! NEVERENDING WORRY! Or whatever you want to call it.

Stress is universal. We are all damp and soggy with it, and I apologize for that visual. And as you identified, money is at the top of many peoples’ lists. Americans are infamously financially insecure. Just 39 percent of Americans say they have enough savings to cover an unexpected $1,000 bill — a computer crash, a car accident, your boyfriend ate five-year-old ham — and 29 percent have no savings at all.

But in addition to individual cares, we also stress about where society is heading. A 2017 study by the American Psychological Association found that the most common source of stress for Americans was “the future of the nation.” When the specifics aspects of that future were broken down, they encompassed a wide variety of problems, including: healthcare, the economy, and hate crimes. Climate change was up there too, by the way, but a little further down the list — the eighth-most frequently cited cause of “future” stress.

Eighth? How?? It’s deadly! It’s everywhere! It’s happening — now! If we don’t do something quite drastic about it in the next twelve years, then human civilization will drown, burn, and starve!

And yet, as you point out, for all of global warming’s enormity, it’s hard to keep front-of-mind. I myself have typed a version of that doomsday paragraph probably 1,000 times, and not even I feel as stressed about climate change as I do about making the deadline for this column. Isn’t that insane?

The human brain was not meant to deal with the (somewhat) long-term reality of climate change. We may design world-changing technology, and we invented brain surgery, for crying out loud, but our ability to understand the future hasn’t moved much past caveman status. Our brain hasn’t evolved to be able to treat a scenario years away the way we treat a present one; it’s just very hard to cultivate the familiar flight-or-flight stress stomachache about a threat that’s not right in front of you.

Susan Clayton, a professor of social psychology and environmental studies at the College of Wooster, suggests that the same neural process that makes it easy to “forget” our impending climate-related fate might be similar to the one that makes us procrastinate: We actually conceive of our future selves as different people.

“When we think about things that affect us personally, they’re going to have stronger emotional resonance than when we think about the same thing affecting someone else,” Clayton explains. “To some extent that’s true of my future self — I wish her well, but the idea of something happening to that future self doesn’t seem quite so terrible as something happening to me.”

Clayton’s colleague Christie Manning, professor of environmental psychology at Macalester College, explains our lack of burning climate urgency using a similar framework called “construal-level theory.” Essentially, there’s more emotion tied to an anticipated threat or reward that’s “psychologically close.” You can create a clearer image of it in your mind, you can envision how you’d react to it.

For example, if I tell you a bear is right around the corner and going to eat you in five minutes, you’re going to get very upset very quickly. Five minutes is not enough time to figure out what to do about a bear, but you would probably start by at least running in the opposite direction. But let’s say I tell you a bear is planning to eat you, but it’s currently 1,000 miles away and walking in your direction, and also it’s planning to take a very long nap somewhere along the way. I don’t think you would start running right now!

“Climate change has all the features of something that we would feel is psychologically distant,” Manning said. “In our brains that makes it a little bit less accessible to action and motivation. It feels as if it is far off in time, and the uncertainty of exactly how it’s going to unfold in our daily lives makes it feel hypothetical.”

Furthermore, the unmanageability of the problem makes us block it, essentially. Manning’s research has found that people tend to “guard against” being overwhelmed by upsetting information about climate change because our ability to tackle it on our own is so inadequate.

It’s certainly not a future threat for many millions of people on Earth; it’s very much in the present, and it’s terrifying. But the privileged perceive it as not only a future threat, but a vague and hard-to-understand one; and those folks, ironically enough, tend to be the very people who have the most planetary impact and power to do something about climate change.

So it’s not you, SOG, it’s your brain. (Which is you, but we don’t have to get into an existential debate here.) And there are ways to trick your brain into action. Clayton, for example, suggests you try to reframe your personal action on climate change in terms of your legacy. Ask yourself something like, “In 10 years, what will I wish I had done about climate change?” That might help jolt yourself into re-prioritizing your values for how you conduct your daily life.

But as dark as the future times may seem, I’m buoyed by one thing about your question. You’re not asking for a worry-free life (and I couldn’t give it to you, so thank god), you’re looking to shift your anxiety to more closely align with your personal values. Like, if I understand you correctly, getting involved in climate action. So I’d say that it might actually alleviate some of your stress if you try to make even a little space in your day for, say, phone-banking for a pro-climate candidate, or organizing for better funding for alternative transit in your city.

Say that feels too removed from your daunting to-do list. Instead, why not try some campaigning for candidates who push for better access to healthcare or reforming the student debt system? It’s all in service of the same goal: devoting all the attention and resources we can, as a society, to protecting human civilization. There are so many millions of other people in exactly your situation who need a few systemic obstacles removed from their climate warrior path.

And yes, as I just said, your stress is a valuable resource. And a renewable one!