Why cattle grazing does not have to be a climate disaster 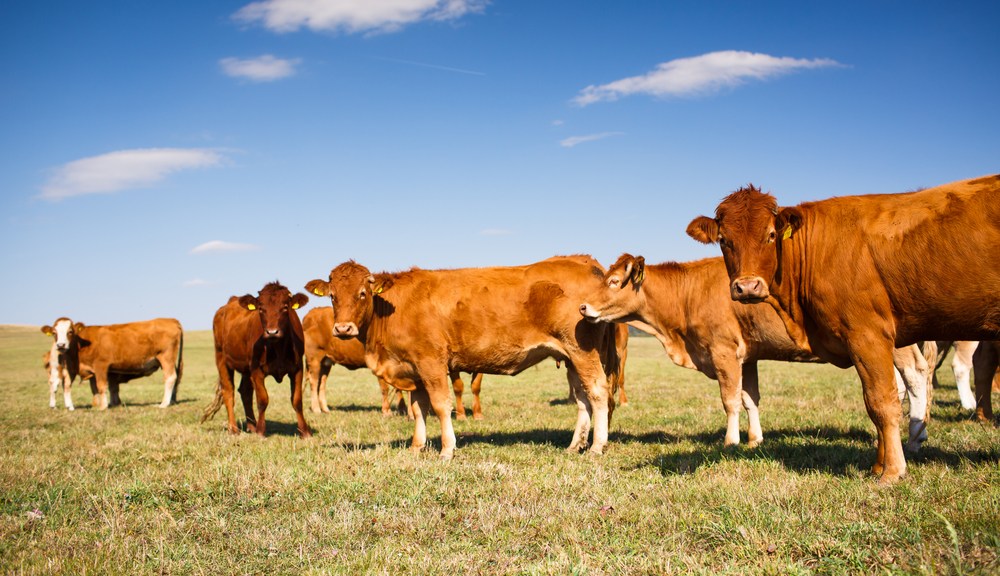 Why cattle grazing does not have to be a climate disaster

Editor’s note: Grist published a variety of perspectives on the Bundy standoff in Oregon. There’s a lot at stake for both sides, and we welcome and value debate on the topic. To that end, here’s a response from Kevin Boyer to Ben Adler’s story on grazing. Boyer is the program associate for the Ecological Agriculture program at the 11th Hour Project. Grist is a grantee of the foundation. This article is not to be taken as the official Grist stance on the topic, because, for one thing, we don’t have one. It should be noted that while there is some promising research on carbon negative grazing, the science is far from conclusive.

In Ben Adler’s recent Grist article “Cattle grazing is a climate disaster, and you’re paying for it,” there are a number of facts that deserve closer inspection.

First, Adler equates grasslands and forests for their ability to sequester carbon. In fact, grass differs from trees in a few subtle, but important aspects. Rather than being destroyed by disturbance, like fire, grazing, or animal impact, grass actually requires it to remove last year’s growth and make way for the next season’s new growth. Instead of investing decades into continually growing more biomass (read: sequestered carbon) like trees, grass starts the cycle anew each year. Subsequently, grass stores carbon not in its biomass, like trees, but rather in the soil. This is why grasslands are often considered superior carbon sinks to forests because they sequester their carbon deep in the soil (where it is both stable and can perform a series of other miracles like water retention and cleaning, increased plant growth, and, increased biodiversity). While this may seem like a small fact, understanding the carbon pathways is essential to explaining how the Grist article veers off-track.

When we understand carbon sequestration and grasslands, we see why cattle need not be the climate disaster they are often touted as. First of all, the world’s grasslands evolved with grazing. While it would be nice, in many ways, to re-introduce bison, mammoth, and dire wolves to fulfill their historical roles, this is not a feasible solution. Rather, our tools include cattle, goats, and sheep as proxies for these historical ruminants, which co-evolved with the northern hemisphere’s grasslands after the last ice age. Where the problems have arisen, and grazing in the west has been more destructive than regenerative, is the lack of management of these herds. Just like reintroducing wolves into Yellowstone created a trophic cascade of benefits, the proper management grazing animals leads to ecological and climate benefits.

More specifically, a number of the facts around the climate and water impacts of livestock used in Adler’s article are misrepresented or uninformed. For example, recent research out of Australia shows that healthy soils sequester methane at rates equal to or greater than what is produced by the cattle grazing them, thus rendering the methane argument moot. Likewise, the climate, feed, and water numbers found in international research papers are based on worst-case, industrial, confined systems. In these analyses, rainwater is treated the same as tap water and marginal grasslands the same as the best croplands, minimizing both ecology and agriculture. Therefore, it would be completely inappropriate to apply these numbers to animals grazing the federal lands of the west. While many of these animals might end up, ultimately, in a feedlot, they need not do so and to judge them by the worst case scenario is unfair. Moreover, far from damaging land, proper livestock management is being prescribed by government agencies and environmental groups all over the world to protect and improve grasslands for endangered, threatened and keystone species including the Greater Prairie Chicken, Fairy Shrimp, and California Red-Legged Frog.

Finally, we are not subsidizing, in the commonly understood sense of the word, these ranchers’ operations. Most people understand a subsidy, rightly, to mean that the government is providing an industry payments or insurance. Rather, these ranchers are paying to use this land that belongs to everyone, including them. While their payments for this land may not match what they would pay for a grazing lease elsewhere, this is not necessarily a fair comparison. It is important to understand that many of these grazing leases lack critical infrastructure, like water, and that the lessee is generally responsible for maintaining major projects like fencing. Moreover, most federal lands are those that were not immediately snatched up by homesteaders in the 19th century; meaning that they are generally the least desirable or productive land and therefore fetch a lower rent than the privately held land in the area.

While increasing rates to be comparable with similar lands and rewriting leases to include better management toward environmental outcomes is both reasonable and desired, what is really costing us all is when all ranchers and ranching are condemned. Ultimately, ranchers and agriculturalists are the stewards of the majority of our land, and to alienate them is to create an enemy out of a potential ally, while setting back the progress of those who have built bridges and are making a positive environmental impact on managed lands.