Wisconsin's catastrophic flooding is a glimpse of the Midwest's drenched future 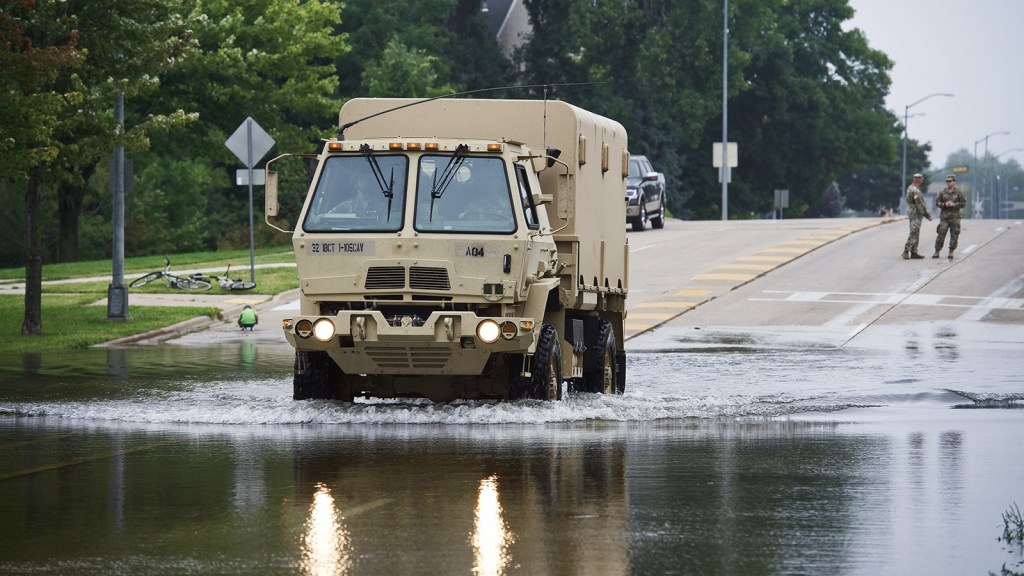 An entire summer’s worth of rain has fallen across a broad swath of the Midwest in recent days. The resulting record floods have wrecked homes and altered the paths of rivers, in one case destroying a waterfall in Minnesota. The worst-affected region, southwest Wisconsin, has received more than 20 inches of rain in 15 days– more than it usually gets in six months.

In the tiny Wisconsin town of Gays Mills, this is the third catastrophic flood in 10 years. After floods a decade ago, about a quarter of the residents left, and the town was partially rebuilt on higher ground. But this time around is even worse — with almost every home in the town damaged.

Is there a connection to climate change? Well, a warmer atmosphere can hold more water vapor, and the region’s main moisture source — the Gulf of Mexico — has reached record-warm levels in recent years, helping to spur an increase in precipitation intensity. Since the 1950s, the amount of rain falling in the heaviest storms has increased by 37 percent in the Midwest.

But there’s more to it than that. Decades of development have also paved over land that used to soak up rainwater. Earlier this year, Wisconsin took controversial steps to loosen restrictions on lakeside development.

Madison, home to the state’s flagship university, has seen the brunt of the flooding so far. The University of Wisconsin-Madison’s center that specializes in studying lakes is itself flooded. “This is what climate change looks like,” Adam Hinterthuer, the center’s spokesperson, wrote in a blog post. On Twitter, the center posted maps of recent floods alongside projections for the worst expected floods later this century. They matched remarkably well.

For Eric Booth, a climate scientist at the university, the whole thing is almost too much to comprehend. His research project on small stream water temperatures was washed away by the flooding. “The scale of what is happening is absolutely unbelievable to witness,” Booth wrote in an email. Booth’s own calculations showed that rainfall over the past 30 days is an approximately 1-in-1,000 year occurrence, assuming a stable climate. (That, obviously, isn’t a good assumption anymore.)

Flooding in the Madison area has boosted lake levels to all-time highs, reigniting a more than 150-year dispute between boaters (who like lake levels high to avoid damage to their boats), conservationists (who want to avoid damage to sensitive shoreline ecosystems and wetlands), and property owners downstream (whose land gets flooded when water is released too quickly). That conflict has creeped into Madison’s mayoral election, where candidates have called for a new lake management plan in the face of more frequent extreme storms.

By late this century, on a business-as-usual path, those storms could nearly double in frequency, according to University of Wisconsin research. As an editorial earlier this summer in the Des Moines Register said, “Climate change never feels more real than when you’re dragging wet carpet from a flooded basement.”