Help! The 2020 election broke my family 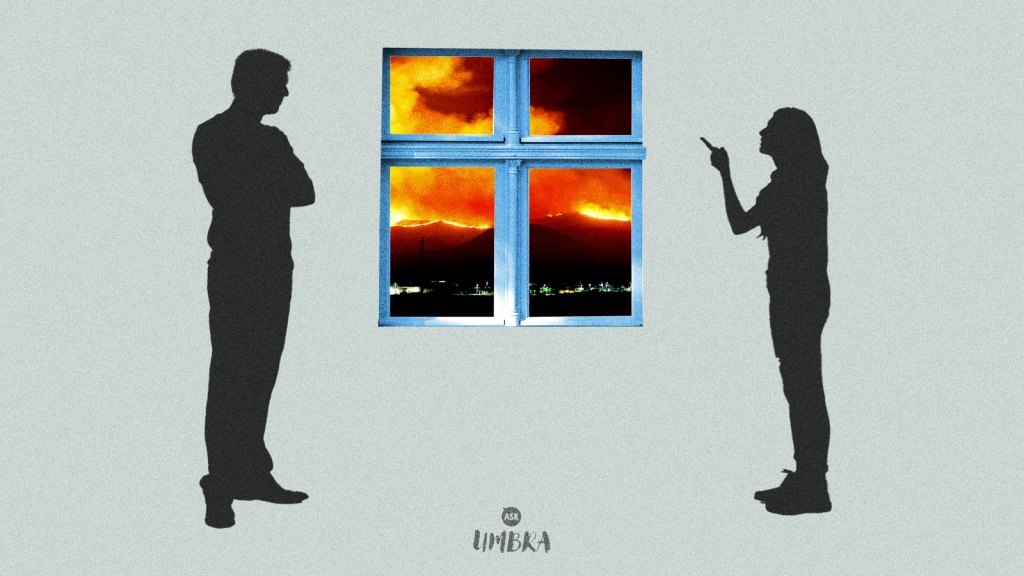 Help! The 2020 election broke my family

The election may be over, but it opened up a lot of old wounds about political differences — including the fact that several of my family members don’t seem to care much about climate change. Several of them didn’t even vote! I don’t know if I can look at them the same way. Help!

— Seething In Solitude Toward Erring Relatives

Your question is giving me some serious déjà vu. Even though Election Day 2020 had a notably different outcome than 2016, we are hearing a lot of the same post-election rhetoric about how we are a divided nation and now need to come together, blah blah blah. But building that kind of bipartisan understanding requires us to confront conflicts that hit quite close to home: Why did my father or grandmother or sister vote for a candidate who stands against everything I believe in?

There’s something uniquely challenging about the idea of coming together as a nation (or in your case, a family) in the aftermath of this particular presidential throwdown. Whereas first-term Trump voters *might* have been able to argue in 2016 that they were unaware of what he stood for, it’s harder to plead ignorance after four years in office. And, especially given that it was such a close race, there was no neutral ground: It’s a frustrating but unavoidable fact that under our current two-party system, declining to vote against Trump in 2020 was sort of like voting for him, especially if you live in a swing state.

This was also an election that carried a lot of weight in the realm of climate policy. One candidate had a fairly progressive climate plan, the other had, well, none whatsoever. That made it hard to argue the merits of the latter, at least on behalf of our warming planet. And yet, with Republicans likely retaining control of the Senate, it seems that eco-minded Americans such as yourself will have to find some kind of common ground with conservatives if any meaningful progress is to be made in the next few, crucial years.

That might require Americans to do something almost entirely against our culture — respectfully work through our differences and challenge foundational beliefs. Love it!

Talking about politics requires a close examination of personal values and ethics, and that doesn’t really jive with the WASP-ish idea of “polite” socializing, which prioritizes keeping everyone at ease. But it’s hard to be comfortable if someone refuses to acknowledge the (science-backed!) values upon which you make your life choices. And fundamentally, disagreement over climate change is a disagreement over values, more so than a squabble over degrees Celsius or square kilometers of sea ice or any measurable tipping point.

“The major thing driving political polarization since the mid-1990s is what seems to be a divergence in perceived shared values and perceived trust in the same sorts of institutions and leaders,” explained Aaron McCright, a sociologist at Michigan State University. “People on one side look towards people on the other and say, ‘They don’t have my values, I don’t trust them.’ And so, when we get into discussions about climate change, ostensibly it feels like a scientific issue. But what we’re really talking about are very divergent values, and the proxy war is climate change.”

American values have, since the nation’s inception, largely centered around property and self-determination and protecting what’s yours. Just look at the Bill of Rights: Private property got a mention way before our nation’s leaders got around to giving women the right to vote, for crying out loud. For 250-ish years, Americans have been born and raised in a culture that celebrates the desire to self-govern, the inclination to mind one’s own business, the opportunity to build one’s own little fortress or homestead, and the right to protect said nest egg above all else. That approach has proven to be pretty effective for building material wealth — which might explain why recent immigrants turned out in relatively strong numbers for Trump, despite his well-documented xenophobia.

Whether you consider American self-interest a tragic flaw or an innovation-spurring virtue, it almost certainly puts the United States in a uniquely poor position to deal with a collective dilemma such as climate change. Climate mitigation and adaptation requires people to think about the health and wealth of the collective society; you might be asked to pay higher taxes to fund all the infrastructure that’s needed to prepare for sea level rise and other climate impacts, for example, or to shift your habits to be less car- and meat-centric.

As the sometimes-problematic ecologist Garrett Hardin wrote in his 1968 essay The Tragedy of the Commons, “The rational man finds that his share of the cost of the wastes he discharges into the commons is less than the cost of purifying his wastes before releasing them. Since this is true for everyone, we are locked into a system of ‘fouling our own nest,’ so long as we behave only as independent, rational, free-enterprisers.”

In other words, your relatives’ decision to ignore climate change and vote for a candidate they felt would benefit them more economically (or not vote at all and, I guess, prioritize their ability to check out of our very unpleasant reality) doesn’t make them exceptionally bad people. It makes them pretty typical Americans. Historically speaking, you are the exception for taking on an issue larger than yourself. The issues you have with your relatives are actually a symptom of biases that exist within America’s foundational values.

In all seriousness, though — even though this realization doesn’t erase your very legitimate climate concerns, it might help make your beef with your relatives feel a little less personal. The protection of “life, liberty, and property,” to reference our loony old forefather John Locke and the Fourth Amendment, is considered the basis of rationality. And the entire premise of modern economics is that humans will make rational decisions that are most beneficial to their health and wealth!

But Americans are hardly a monolith — nor are *gasp* Republicans — and we don’t always choose selfish rationality over collective good. That kind of “I’ll-change-my-ways-for-others” spirit of sacrifice has prevailed in times of war, for example, as the Climate Mobilization movement has pointed out. Now that’s arguably easier, because war is such an immediate threat, and we could go on for days about how the comparatively slow pace of climate change makes it so hard to build any kind of similar political will around climate policy.

If life, liberty, and property are literally the founding values of the country, one might concede that citizens of that country will feel very strongly about what they perceive as infringements upon them. This is all somewhat ironic because the climate lawsuit currently being brought against the United States government has, as the premise of its argument, the very same protection of life, liberty, and property — but for young and future generations. Because climate change does endanger their lives, and at the very very least, their property!

That point might start to get at some tension you’re experiencing. One complaint that I’ve heard more than once is “I can’t believe my family members won’t vote to do anything about climate change — they’re dooming my children!” Of course that feels unforgivable. Have you explained that perspective to them? How do they respond?

Jeff Kiehl, a climate scientist-turned-psychologist at Pacifica University, explained that there tend to be two groupings within American social structure, “one very hierarchical and individualistic, one very communitarian-egalitarian,” and the warring positions on climate change map perfectly (and as you would expect) onto those two groups.

“Especially in the United States, which has developed a whole belief system that’s historically invested in this sense of independence, we can work with even that person who is strongly defensive of their independence, because they’re also very concerned for their survival,” he added, optimistically. “Because it’s not just this amorphous, distant, global climate change. No, it’s going to impact you as an individual.”

I gave you the whole preamble about American values to give some hopefully relatable context for why your relatives made the choices they made with regard to the election. We have a fundamentally selfish country, and that doesn’t change easily. But you are entitled to be selfish, too; and by that I mean, you get to choose what is most important to you. Is it the maintenance of family ties? Is it the progress of a pro-climate government, down to the exclusion of those close to you who don’t support it?

People love their family members in spite of all kinds of flaws, and at the same time, certain wrongs can lead to excommunication. Only you can know your breaking point. At the very least, I can advise you to keep a little distance over this month — fortunately, that’s more or less state-mandated! — while you sort out your thoughts and feelings and, yes, values.