How do fossil fuel companies have so much power? 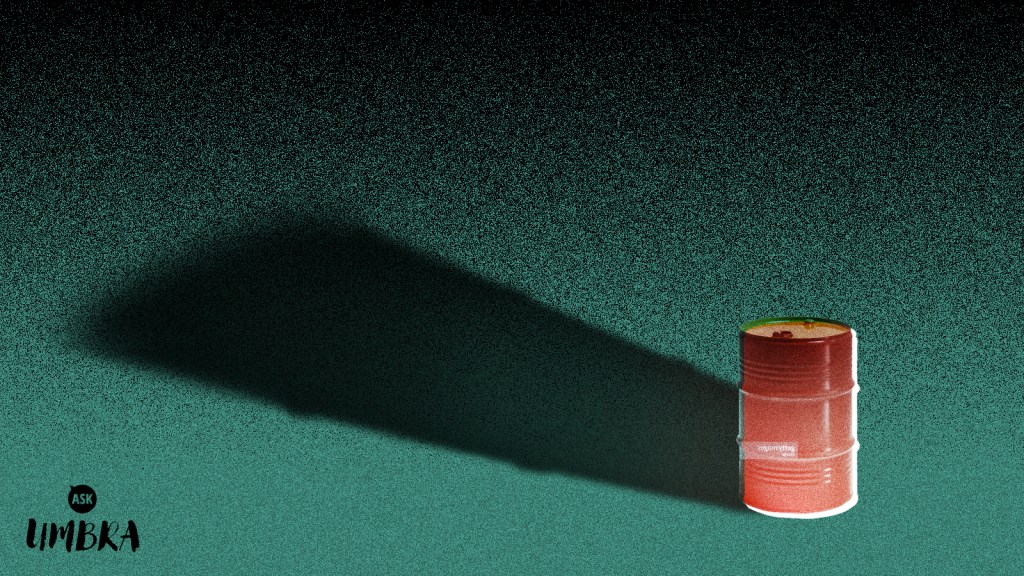 How do fossil fuel companies have so much power?

Climate change is going to hurt everyone, including large corporations. So why do fossil fuel companies continue to use their power to prevent climate action? Why do they still have so much power, period?

The inconsistency and orneriness of timing is the dumbest and worst thing about life.

And if you start to think about the timing of climate change, you will get upset for two reasons. First, because its consequences are a lot more devastating and far-reaching than say, a breakup between two people whose goals and desires aren’t in sync, and second, because the series of events that led us to where we are today is extremely absurd.

The first research looking at the impact of carbon dioxide on the atmosphere — that it creates a greenhouse effect, trapping heat on Earth — was conducted in the 1930s. The guy who did it was named Guy Callendar, and when he announced that it looked like all the carbon dioxide being dumped into the atmosphere was heating things up, everyone was like: Look, buddy, that’s ridiculous. As research continued into the 1950s, it became clearer that, well, it wasn’t that ridiculous.

And then in 1978 — nearly 50 years after our friend Guy was dicking around in the lab, and 12 before the Intergovernmental Panel on Climate Change released its first report — American oil companies, led by Exxon, started doing their own advanced, secret research on the impact of carbon emissions on the atmosphere. They confirmed that the impact was indeed bad, and would continue to get much worse unless fossil fuel reserves were kept safely tucked in the ground. In fact, the climate predictions that Exxon scientists made 40 years ago turned out to be quite accurate.

But instead of putting that information toward any change of course with their business, those companies embarked on a very expensive and comprehensive campaign to stamp out any whispers about climate change and to discredit any scientists or public figures who tried to warn Americans about it. That involved giving hefty political donations to elected officials to get them in on the campaign insisting that climate change was either not a big deal or just straight up a lie. Between 2000 and 2016, the largest oil companies spent a collective $2 billion on lobbying against climate legislation, which constitutes about 4 percent of total U.S. lobbying expenditures.

Those lobbying expenditures peaked, notably, in 2009, which was the year that the first climate action bill was passed by the U.S. House of Representatives. The Yale Project on Climate and Communication found that between 2008 and 2010, the percentage of Americans who reported confidence that climate change was happening dropped from 71 to 57 percent. Those who attributed climate change to human activities dropped from 57 to 47 percent over the same two years.

And over all this time, average Earth surface temperatures climbed and climbed, year after year, consistently from the 1960s onward. They’re still going!

So now that we’ve gone over the relevant history in extremely abbreviated fashion, back to the issue of timing, my mortal enemy. Basically, a cohort of oil companies found an extremely inopportune moment — inopportune for the climate, that is — to germinate a very effective, decades-long propaganda campaign, complete with a king’s ransom of lobbying money, to secure their business interests.

But why, a moral person might ask, if one knew about this massive threat to humanity and knew that one’s own business was the primary contributor to it, would one not … change the business? The Union of Concerned Scientists tackled this question a few years ago, and the short answer was: Fossil fuel companies are driven by short-term interests. Even if we completely disregard climate change and concern about it, energy prices have historically followed a boom and bust cycle, and oil and gas companies have designed their business to capitalize on the boom as much as freaking possible. Renewable energy has been slow to become profitable. That Union of Concerned Scientists explainer pointed out that BP and Chevron abandoned their own ventures into renewables when they weren’t immediate moneymakers. Exxon, as recently as 2015, openly scoffed at the prospect of diversifying.

Companies — and individuals! — like to have both money and power, because then they can do whatever they want and thereby theoretically cement their access to more money in perpetuity. In 1980, right around the time Exxon was embarking on its great humanity-endangering boondoggle, the New York Times described the Rockefeller-founded company’s sheer power and scale as “boggling.” “There is no wad of cash like this anywhere on Earth,” a former Senate investigator told the Times. “This is a wad of cash to break banks, even governments.”

And who is actually benefiting from that wad of cash? The executives, to be sure. The oilmen in the fields? Well, they’re getting a hefty paycheck for about a year or so, and then when the boom fades they’re left with arguably worse than nothing.

That 1980 New York Times article made another very valid point that remains true today: That the American economy “relies on goliaths to get the job done.” It’s absolutely true that many millions of Americans rely on the success of Exxon and other enormous fossil fuel companies without ever giving it a thought. Fossil fuel corporations are making money for their shareholders, and if you’ve bought into a standard investment fund in your 401(k) or IRA or even a pension fund, you are almost surely one of them. (Over the past 10 years, however, the return that Exxon has been able to give on its shareholders’ investments has steadily dropped.)

The point I’m trying to get across is that massive fossil fuel companies have positioned themselves as invaluable to the functioning of the U.S. economy while disseminating a lot of misinformation about the impact of their business on, well, life on Earth. It’s kind of incredible evil, when you think about it! And all this talk of shareholders and stocks and economic power doesn’t even address the fact that fossil fuels have become deeply embedded in almost everything that Americans do every single day.

And as far as energy goes, that’s just not changing very quickly. And we’re back to the dreaded timing issue: Just as soon as we need very rapid action to stave off the worst of climate change, after decades of being actively distracted from its gravity, that allegedly reliable invisible hand of the free market is moving quite slowly. The election cycles that could push those market forces a little faster — and push fossil fuel-bought politicians out of office — seem to move even more slowly.

What’s the lesson here: Tax the shit out of the super-rich, so they can’t fully immunize themselves from the consequences of their actions? Sure! Sounds good to me!